Kitesurfing late afternoon at Hampton, should have tried the foil board #523

Session 523. I was hoping to get out on the foil board again on a late afternoon sea breeze, but the wind was around 15 knots and there was some swell so I used my surfboard.  After a few tacks the wind dropped a bit, so I headed in.  A kiter on a foil board appeared in the distance and was really moving.  It was ideal conditions for the foil, when I was struggling to stay upwind.

I need to get a few more sessions in on flatter water to get the my foiling technique sorted. 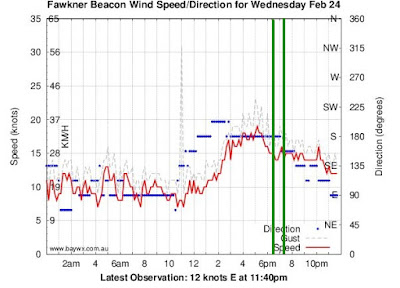 Posted by Peter Campbell at 3:15 pm No comments:

Session 522. Headed to Aspendale with a nice southerly over 20 knots coming down the bay.  I headed off on my Union 8m kite and North Cross board.  The surf at Aspendale and down towards the Mordialloc pier was great.
I tacked past the end of the pier and headed towards Ricketts Point.  The aquatic farm that was off Ricketts Point doesn't seem to be operating any more.  Coming into Beaumaris there was a few other kites out.
Good wind past the wreck of the Cerberus, its nearly submerged now.
I noticed a disturbance in the water off Red Bluff lookout - there were two swimmers in the water some distance off shore. They were not easy to see in the swell but I was able to keep well clear.
There were a couple of guys on a wind wings and foils off  Sandringham.
I tacked into Hampton then caught some nice rollers along to reef break and Green Point.
There were some kiters out at Brighton. The wind stayed good past Elwood with some good rolling swell and a few reef breaks to St Kilda Marina, then a tack past St Kilda Breakwater and a nice finish across to Port Melbourne.
Caught the tram back to Southern Cross station, walked across Spencer Street, then caught the train back to Aspendale.  I got a few of the usual curious glances on the tram and train  and walking through the city with my wetsuit on and board under my arm.
This is an epic downwinder in 25 knots! 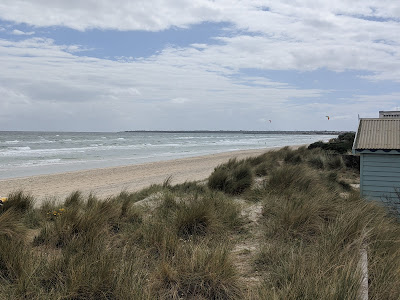 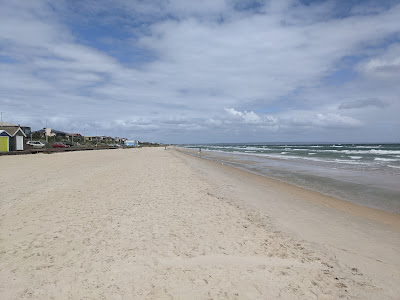 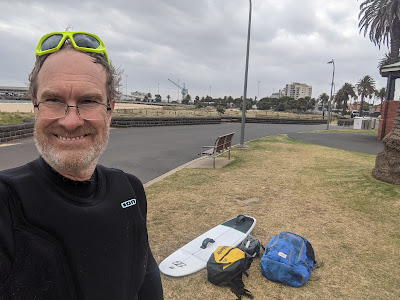 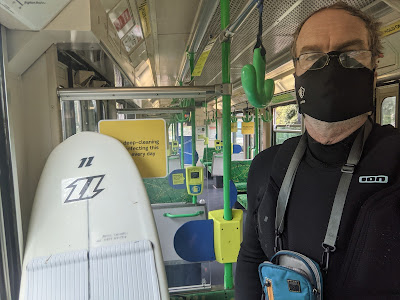 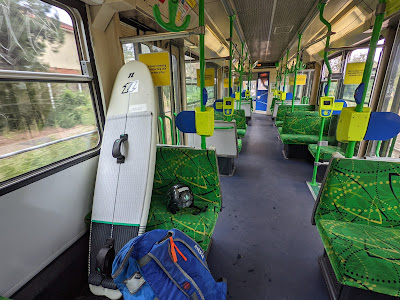 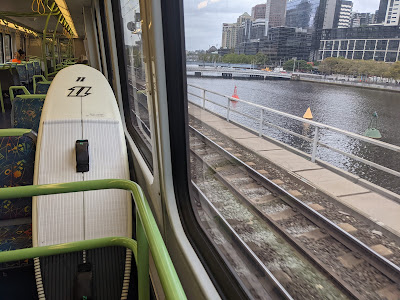 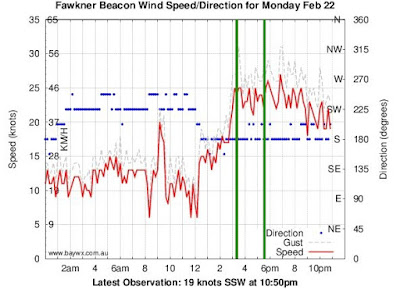 Posted by Peter Campbell at 3:25 pm No comments:

Kitesurfing Hampton with some kiteloops #521

Session 521. Tried a few kiteloops today. The Union 10m kite turns nicely and is fairly easy to loop.  I initiated the loops on the way down to reduce the power.  I landed a couple, it was not too scary.

Committing to the loop and getting the board pointed downwind are key points.

Posted by Peter Campbell at 5:30 pm No comments: