This picture was doing the rounds on FB recently.  It appears to be a Great White Shark in Port Phillip Bay and was apparently taken by some fishermen off Brighton in late February 2015. 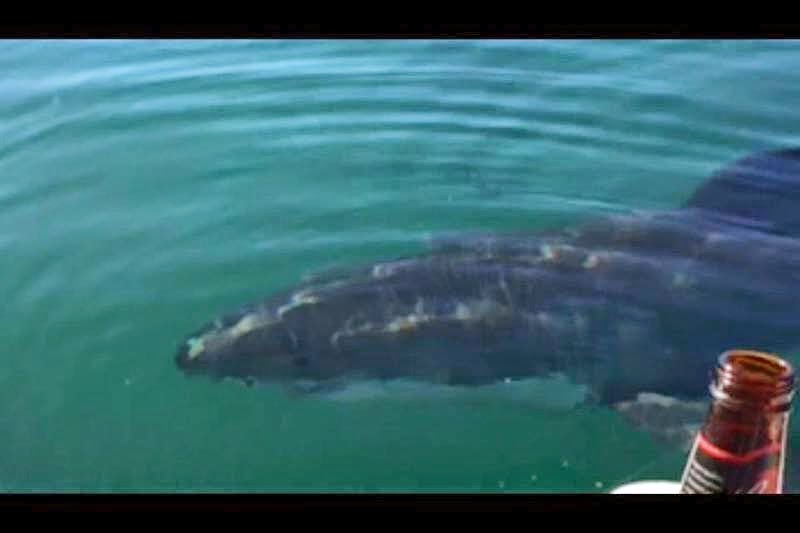 Royal Brighton Yacht Club has apparently advised all members  (and especially their Iceberger swimmers) to exercise caution and to take all possible precautions.

I don't worry about sharks while kitesurfing.  There have been very few shark attacks in Port Phillip Bay, with the most recent fatal attacks cited in 1956 (Portsea Back Beach), 1954 (Pont Lonsdale) and 1949 (no specific location) [Source: List of fatal shark attacks in Australia, Wikipedia]

The chances of being killed driving to a kitesurfing location are orders of magnitude higher than the chance of a shark attack.

However, shark attacks are still possible, with the last recorded one being 19 October 2011 (non-fatal) off Elwood [Source: Shark attack at Elwood Beach in Victoria, Australia]

So it is worth keeping an eye out. It is just good practice to be aware of your surroundings for swimmer, obstacles (e.g. floating logs), whales, sharks, dophins, seals and other water craft.