A cracking kitesurfing downwinder from Aspendale to Port Melbourne

Session 233. After a couple of weeks of dodgy wind today the forecast was much better.  Cesar called a training run for the Reverse Across the Bay event.  I got down to Gnotuk Ave at 9 to find some reasonable wind.  I donned my bunny suit (liner) then my Ocean Rodeo Soul dry suit and rigged up my kite.  Cesar arrived at 9:30 to give me a launch, but the wind dropped off so I returned to shore.

We waited for about 20 minutes watching the wind.  There was good wind showing at Fawkner and South Channel beacons, but nothing coming into Aspendale.  We were considering relocating to Brighton when it suddenly picked up.  We were on our way.

I was well powered on the Lithium 12 and Sector 60 and headed straight for Ricketts Point. It was nice to get there.  I tacked back to Cesar then we continued on.  I was really enjoying cranking up good speed on the left tacks, but right tacks felt weird and a lot less stable.   I think this was due to the wave action and chop.  I fell off a few times when turning and riding toeside.

The drysuit performed well, but the bunny suit liner was a bit too warm given the sun was shining.  Next time I will try lighter thermals again.

Off Black Rock the wind picked up and I came off the board again, so I concentrated on slowing things down a bit and keeping it stable.  My legs were getting a bit pumped too - possibly a bit out of condition given the drop in kitesurfing sessions over Autumn.

We came back into shore at Brighton where a few kiters were out then cranked up some more speed.  I tacked back in to Elwood and the wind dropped a little so I scooted back out on a direct tack the Spirit of Tasmania.  Cesar stayed out further to get better wind.

I passed through a couple of yacht races, keeping clear of the yachts.

It was nice to see Port Melbourne looming up with the wind staying good.  We were both very happy to get there after about 1:30 on the water.

We think we will need a very solid northerly to achieve the Reverse Across the Bay trip.

After packing up we stashed our boards at Cesar's flat then caught the tram to Southern Cross then the train to Aspendale.

My cabin fever is cured - for now. 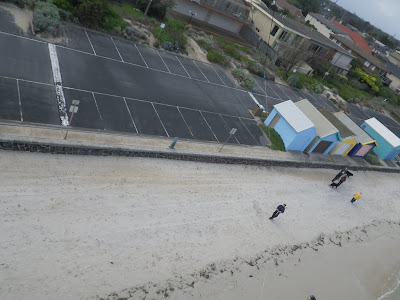 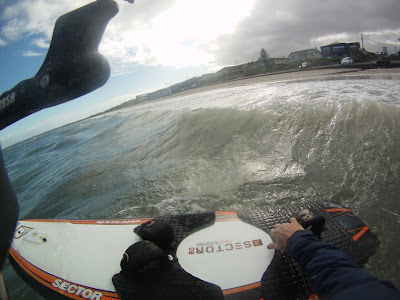 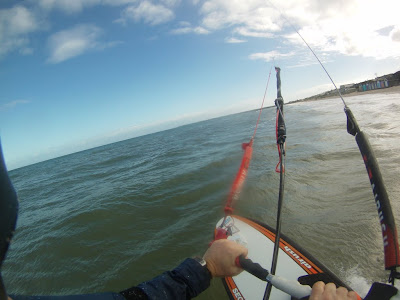 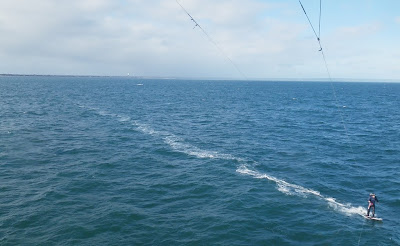 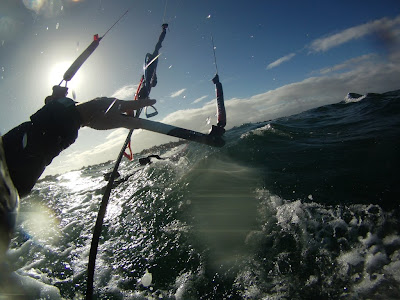 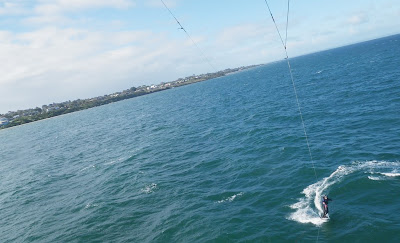 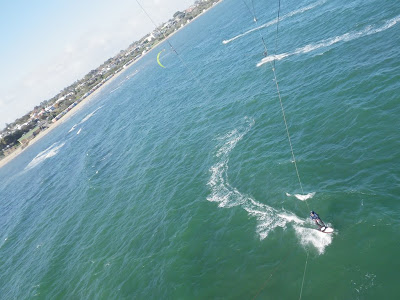 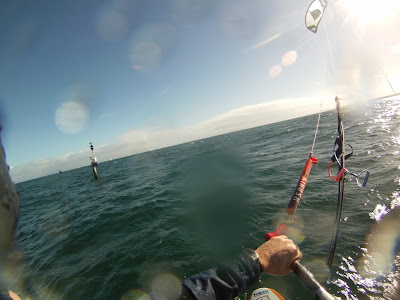 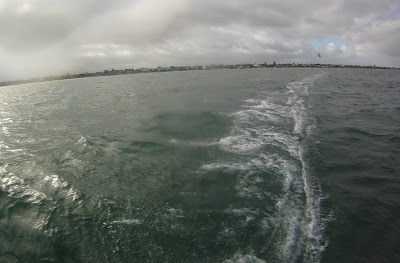 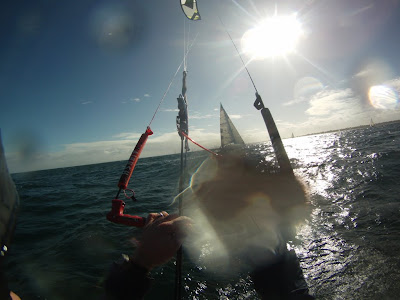 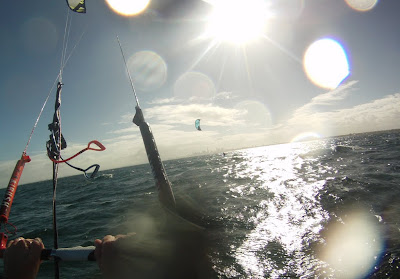 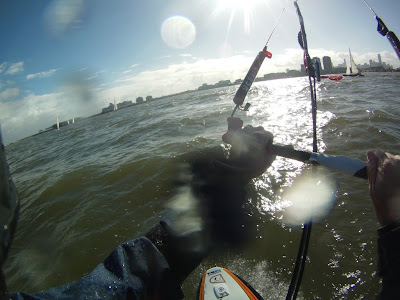 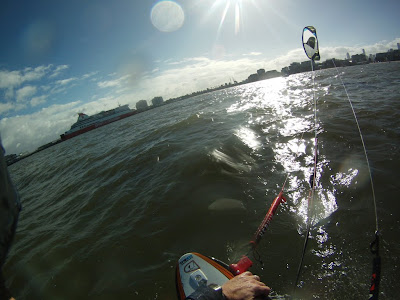 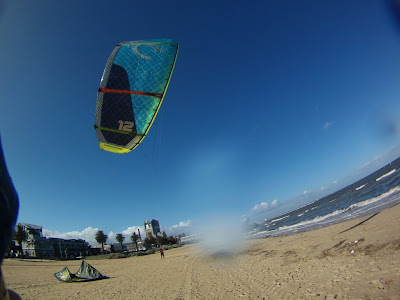 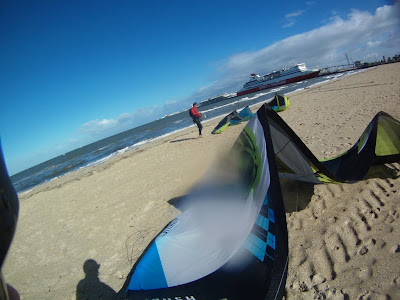 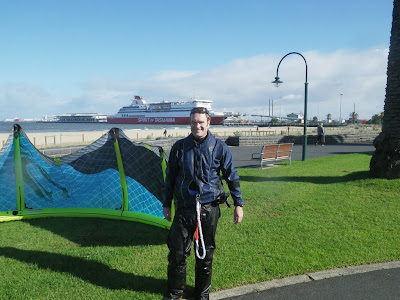 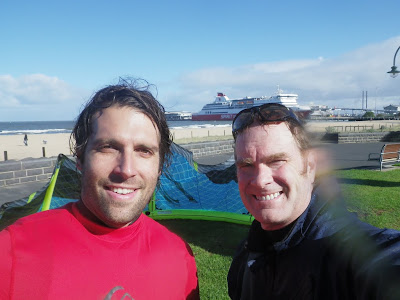 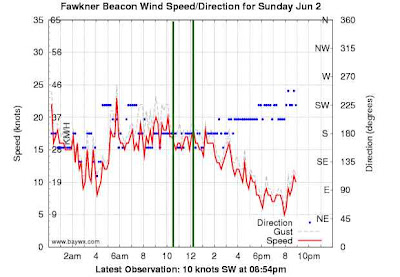 Posted by Peter Campbell at 9:31 pm