Session 469. Gunnamatta has been on my go to list for ages.  Jeff Steele advised that late afternoon the wind should be good to a group of four headed there.  The waves were very big but the wind was light at 15 knots when I arrived at 4:30.  The wind improved around 5:15, Jeff decided to try it out. 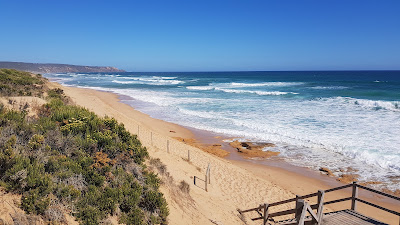 I got my gear and walked onto the beach watching Jeff heading down a big wave that closed out. He got munched and his kite went down. His lines tangled around another guy (surfer) who was in the water but he swam in OK. Jeff later said he hit something (weed?) and his board stopped dead. 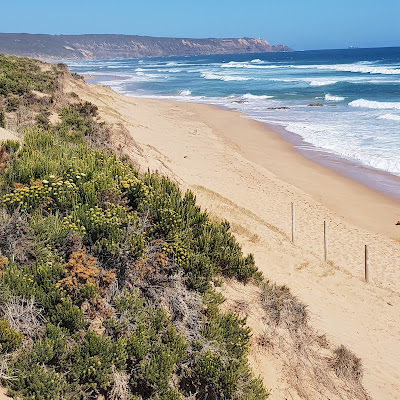 I was cautious heading out and picked a gap. Even so, climbing up a couple of big waves was exciting, then past some surfers to clean deep water out the back.  I did a couple of runs in to check it out and get back upwind, then I headed in.  The swell steadily built as I got in a scary big wave which was a great ride.

I got in ahead of a big wave on my second ride in.  The wind was dropping a bit so I headed in, not wanting to have a long swim in.  The others came in not long after struggling with the strong rip heading west along the beach.

Its been a while since my last session. I got a bad cough early in January and saw the doctor.  One round of antibiotics didn't fix it so I took a second course.  The cough was still persisting though.  I am now now on a third course of antibiotics and taking it easy.  Great to be on the water again after several weeks of feeling terrible.

The combination of big waves, deep water, very strong rips and ocean frontage makes Gunnamatta a very serious location - its not a place for beginners or even intermediates. 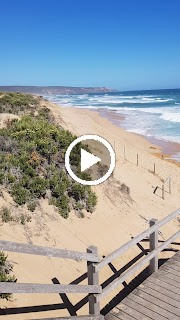 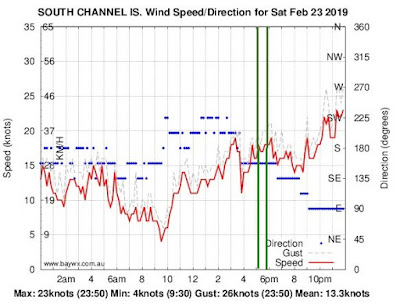 Posted by Peter Campbell at 9:33 pm