A gusty northerly at Brighton, fun but no sun

A good northerly was blowing today so I headed down to Brighton Beach on the last official day of winter.  There were a couple of windsurfers off Green Point, but no kiters at the beach.  I wore my canoeing vest and took the GPS, strobe and phone, just in case I got blown out into the bay or the wind stranded me out there. 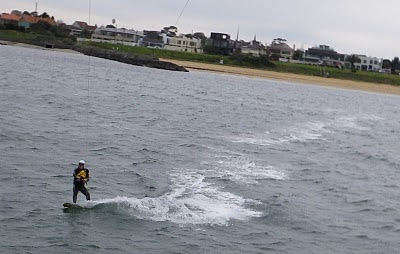 I decided to use my twin tip board (the Naish Haze) to minimise the likelihood of crashes.  The wind was great when I headed out.  Another couple of kiters showed up and came out too.  Sam (from Bali) was one of them, using one of the prototype Ben Wilson kites.
It was nice to crank up some speed.  Slicing through the water and small waves made me feel like an accomplished kitesurfer again, after my time spent on the directional board.  I did a few jumps but was careful to avoid any mishaps.
I had a rest on the beach when the wind backed off, then headed out again when the wind picked up.  It was stronger the second time; I was able to get some good speed coming back in and crank some turns on the swell.
I was off the water by about 2:30, so I missed the big 35 knot wind that came in about then.  I would have been a bit overpowered on the 10 I think.
I nice session to blow away the cobwebs.  Thank goodness for kitesurfing. 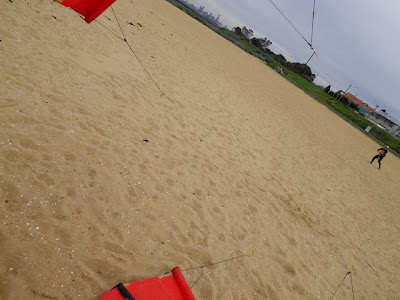 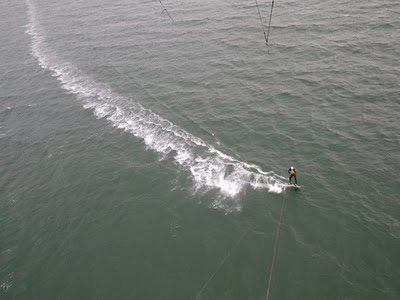 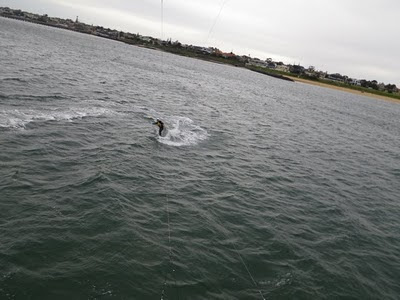 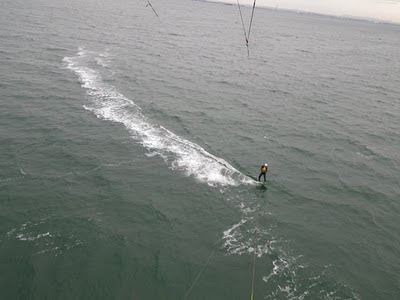 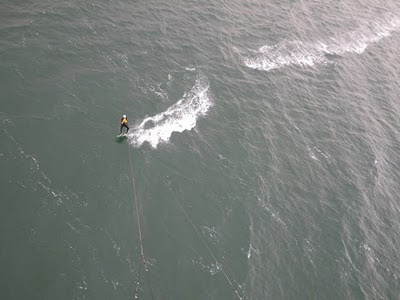 A small jump.  No place for a big stack. 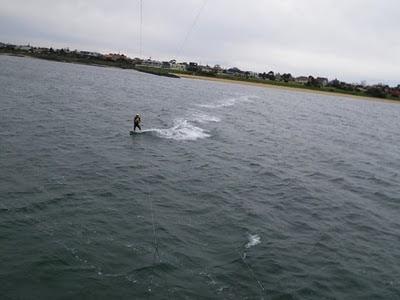 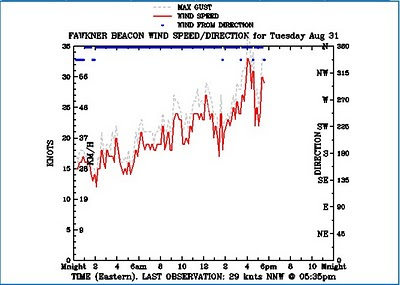 Posted by Peter Campbell at 5:58 pm