Kitesurfing the bay swell in 30+ knots at Hampton

Strong westerly today at Hampton as storm fronts rolled through all day.  I got down to Hampton at about 10am and it was howling.  Winter is on its way - it was cool and dense wind, and gusty too.

I was tossing up between my 7 and 10.  The wind dropped a bit to around 21 knots so I took out the 10 after a bit of pfaffing with tangled lines.  I was well powered - over powered in fact.  I did a couple of runs through the 1m surf and then wiped out riding toe-side back in.  I had max depower on yet the kite was flying hard on the beach.  A fellow from up the beach came and helped me land it, which I greatly appreciated.
I then took out my Crossbow 7, which had enough power to get me going and was much more manageable.  I did quite a few nice runs heel-side out and toe-side back.  By the time I finished there was only one other kiter out.
It was a decent bay swell so I was able to get some more practice on my surfboard which was great.  These strong frontal winds are much more difficult to kite - it pays to be careful and go perhaps for a size smaller kite.
Looking at the Fawkner wind graph now the wind speed was up to 35 knots, which is well in the range of my Crossbow 7 and too strong for my 10. 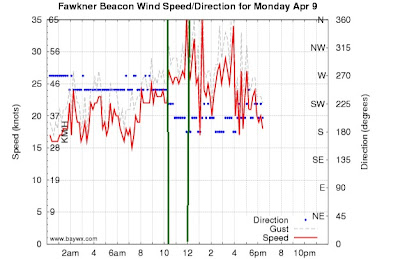 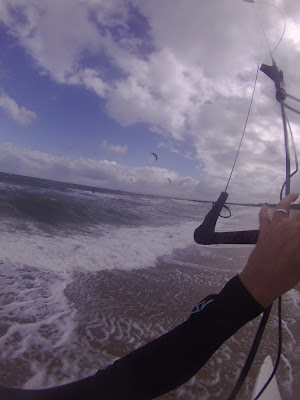 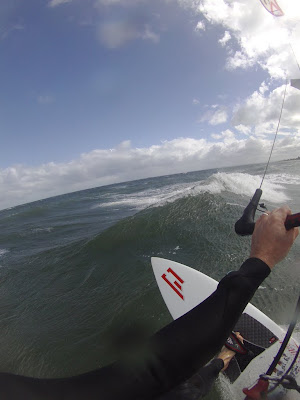 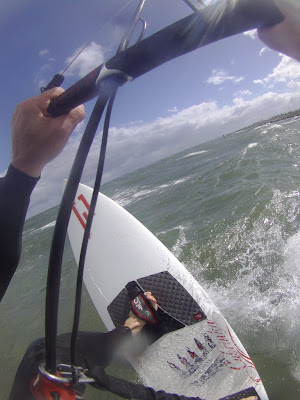 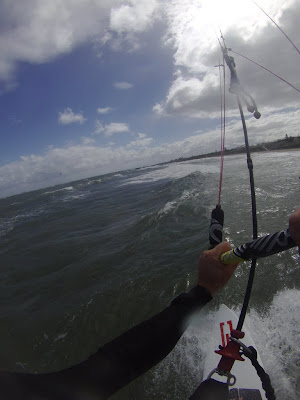 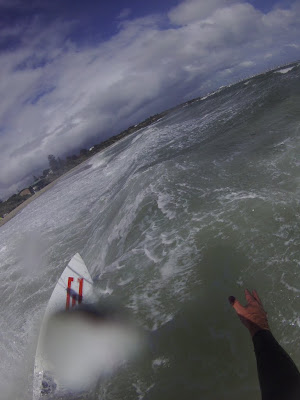