Simon and I caught the first lift. the Grand Montets at 8:10 as we were unable to get a place in the Refuge d'Argentiere the night before.  The lift was then closed for the rest of the day due to strong winds, that we immediately encountered as we started our ski descent. 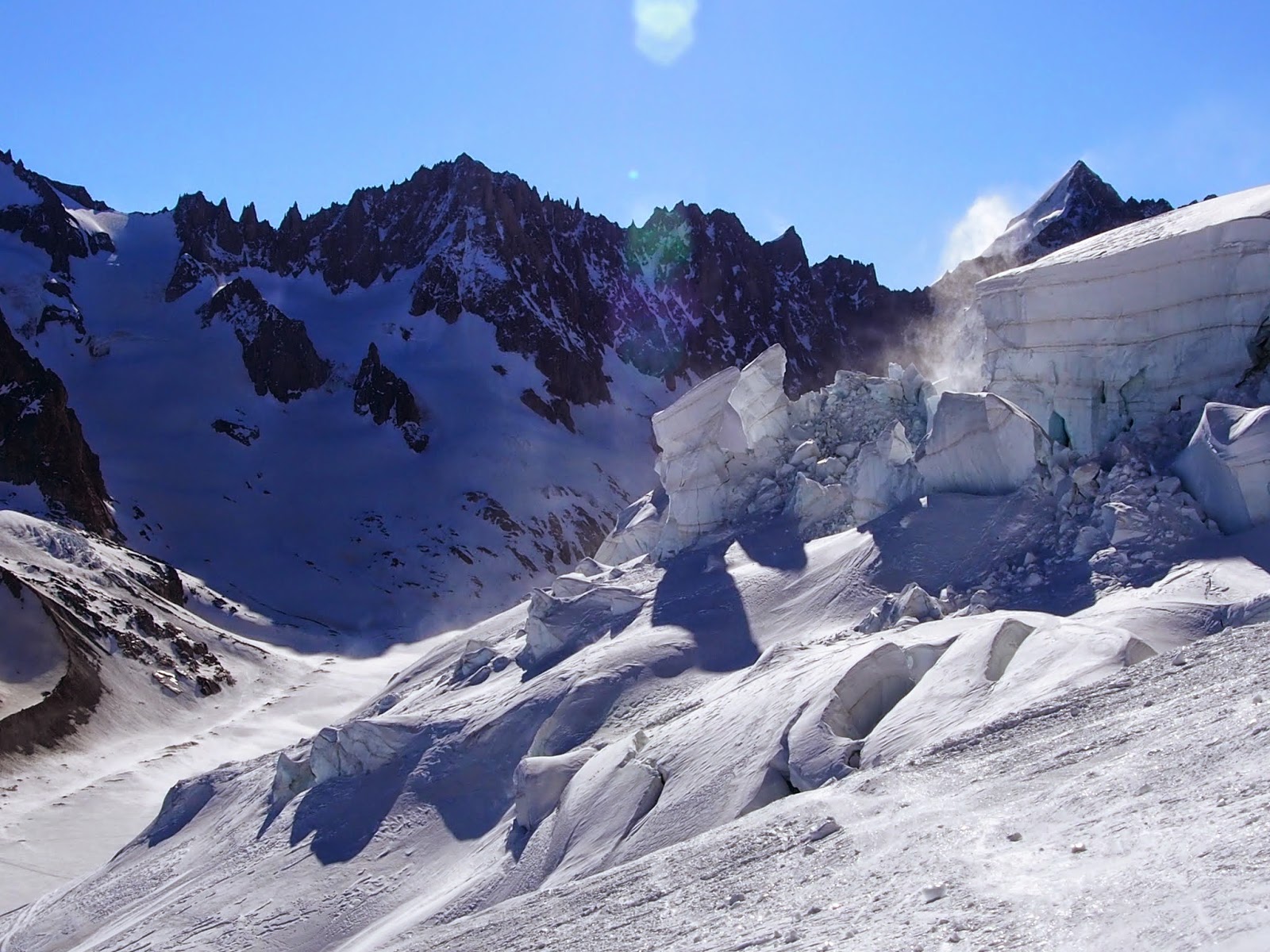 There were very strong gusts of winds swirling up down and around the Argentiere Cirque.  We skied a very long traverse on icy snow, descending past some crevasses and crossing some narrow snow bridges.

Eventually we reached a safe slope with an easy angle and skied down to the glacier.  Getting across it on the ice was easy, then down to the start of the Chardonnet Glacier were we put our crampons on and started climbing on icy snow.

Simon slowed down as we gained altitude due to lack of acclimatisation. I waited for him halfway up but I was dressed lightly for fast travel, so I then scooted up to the col and donned my down parka.  A couple of parties were descending the other side of the col abseling down from a steel hawser down a trench in the snow, then down climbing the rest.

Guides were lowering clients on long ropes, then getting the rope tossed down to them after they descended.  I did the same for an American party.

I was initially edgy about the time and whether we would get to the Val d'Arpette before the snow got too wet, but when Simon's progress slowed further I realised our best option was to ski back down so I was then able to relax and enjoy the scenery.

Its unusual to have so much time to look around at this col, usually you are on a mission to get up and down it, so I made good use of the 2 hours I had there.  The weather was clear with views right through past the Grand Combin to the Matterhorn and Monte Rosa.

After Simon had a rest at the col we skied down in quite nice snow that had been softened by the sun. We skied the entire Glacier du Chardonnet - its a nice run.  I got stuck on a rock band near the bottom and reversed out to get around it.

We crossed the Argentiere Glacier then skied along the return run from the Grand Montets off piste run, past the dramatic gorge and onto a cat track.  We detoured off that following two Americans down a narrow gnarly gully with big moguls and not much snow.  We finished down the trail back to Argentiere picking our way through some narrow sections of snow. 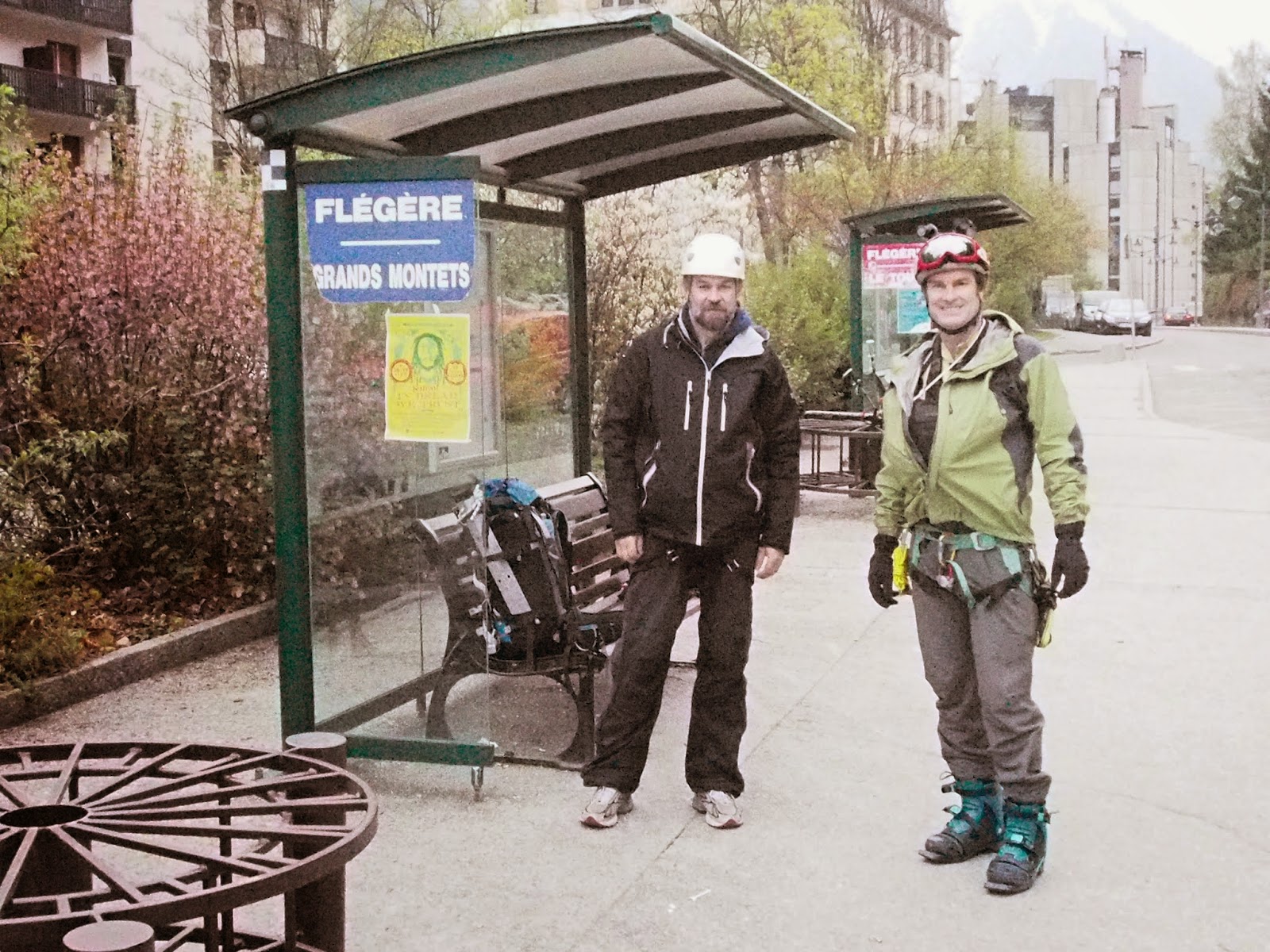 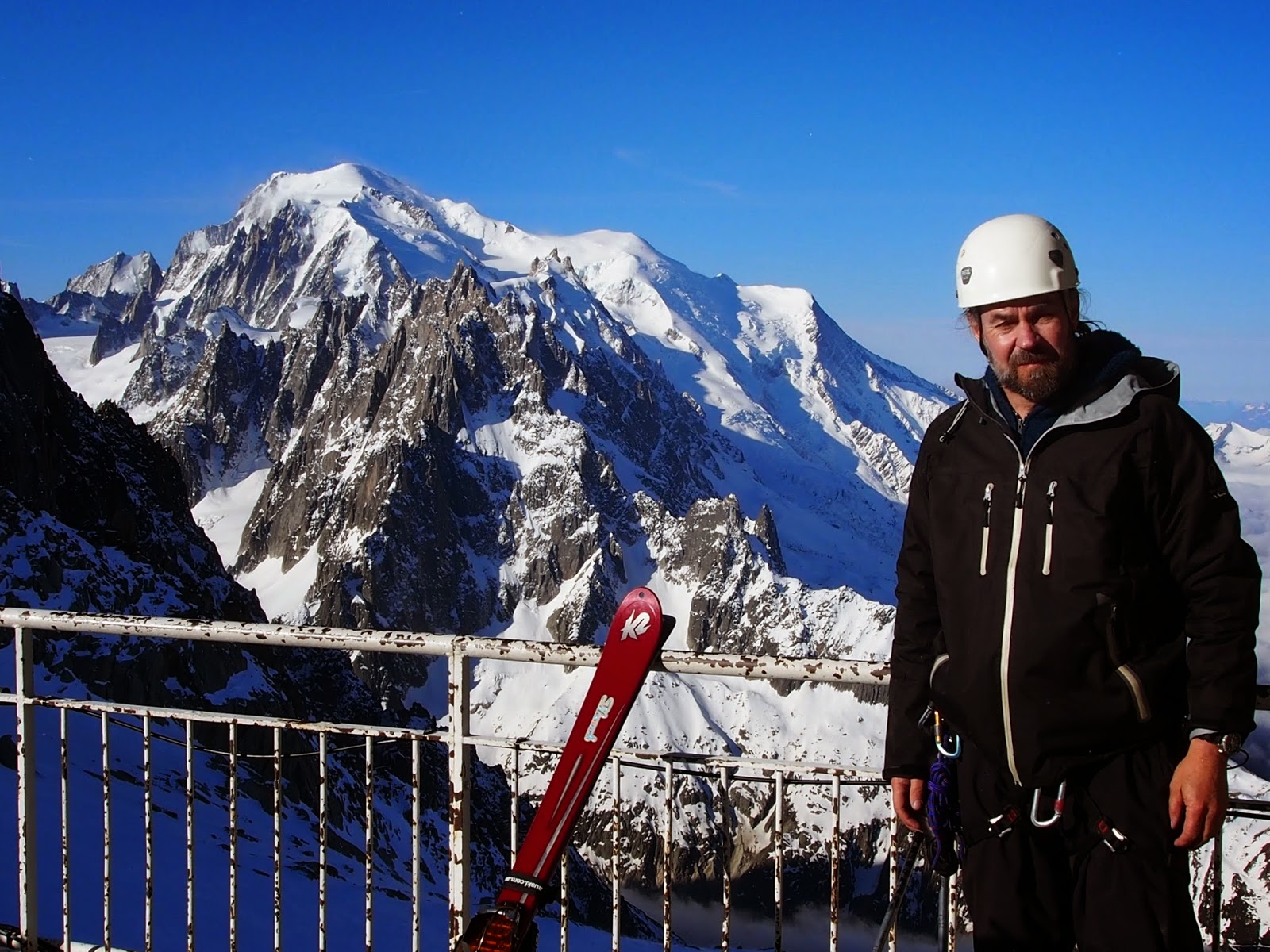 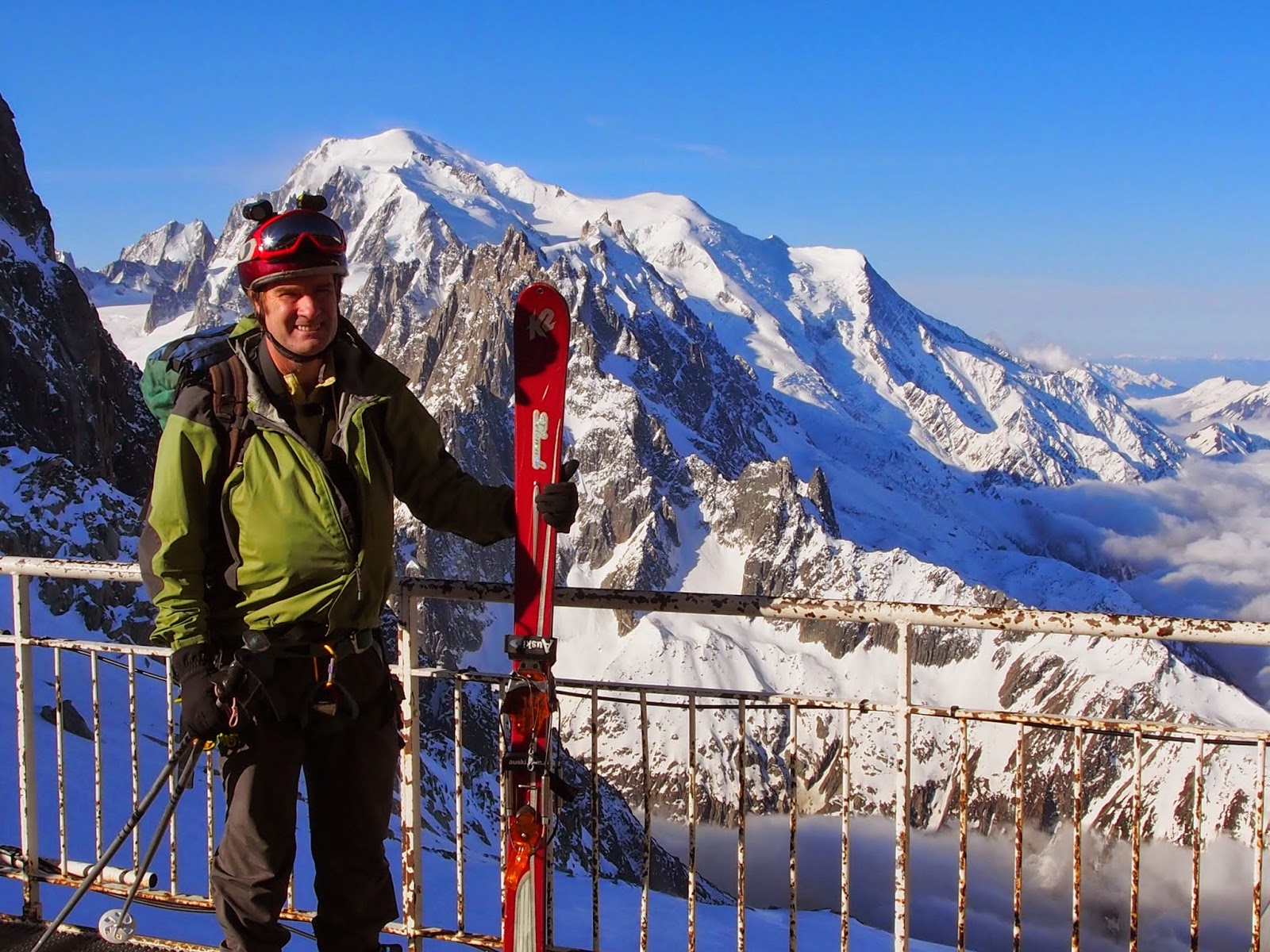 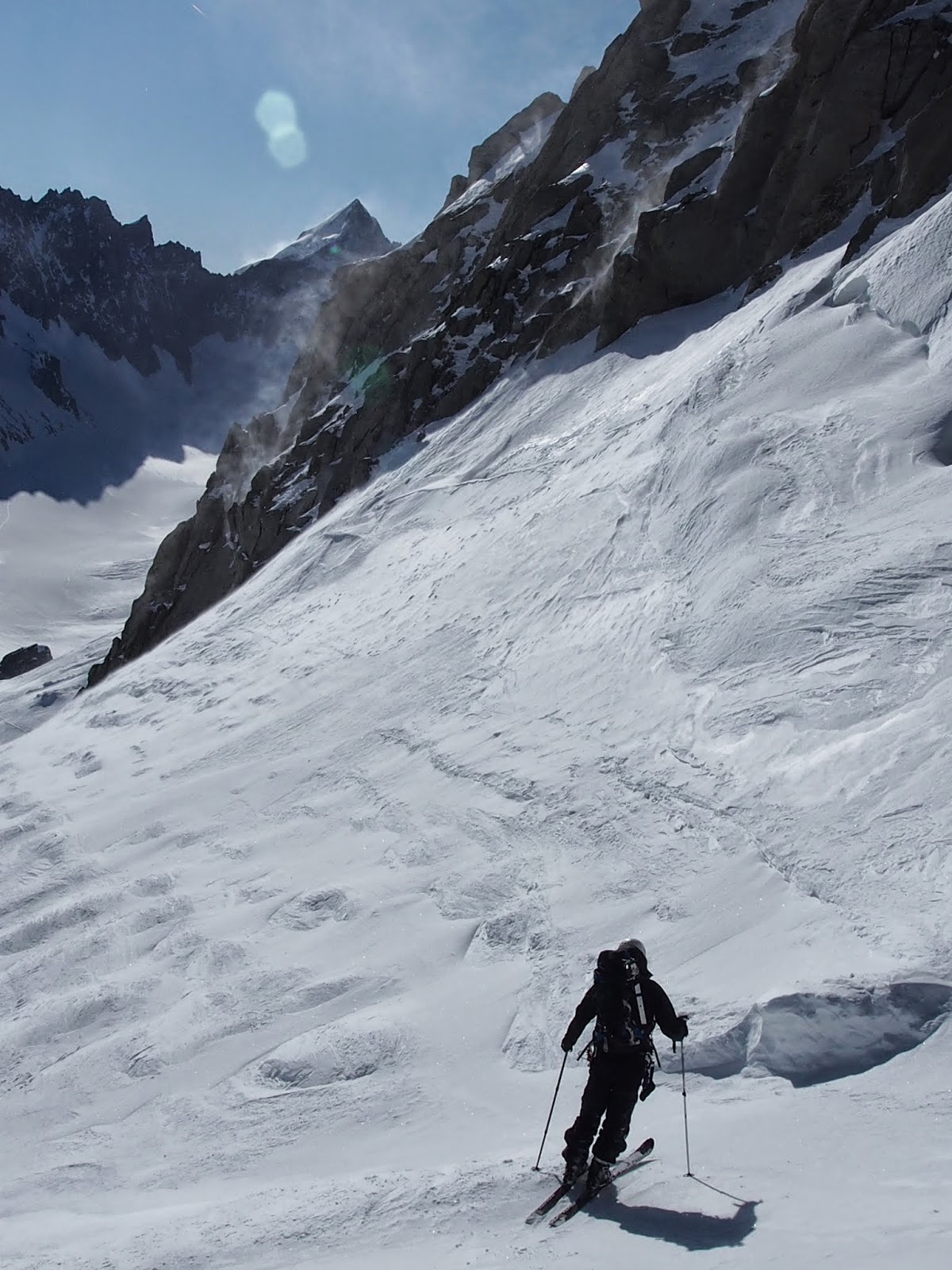 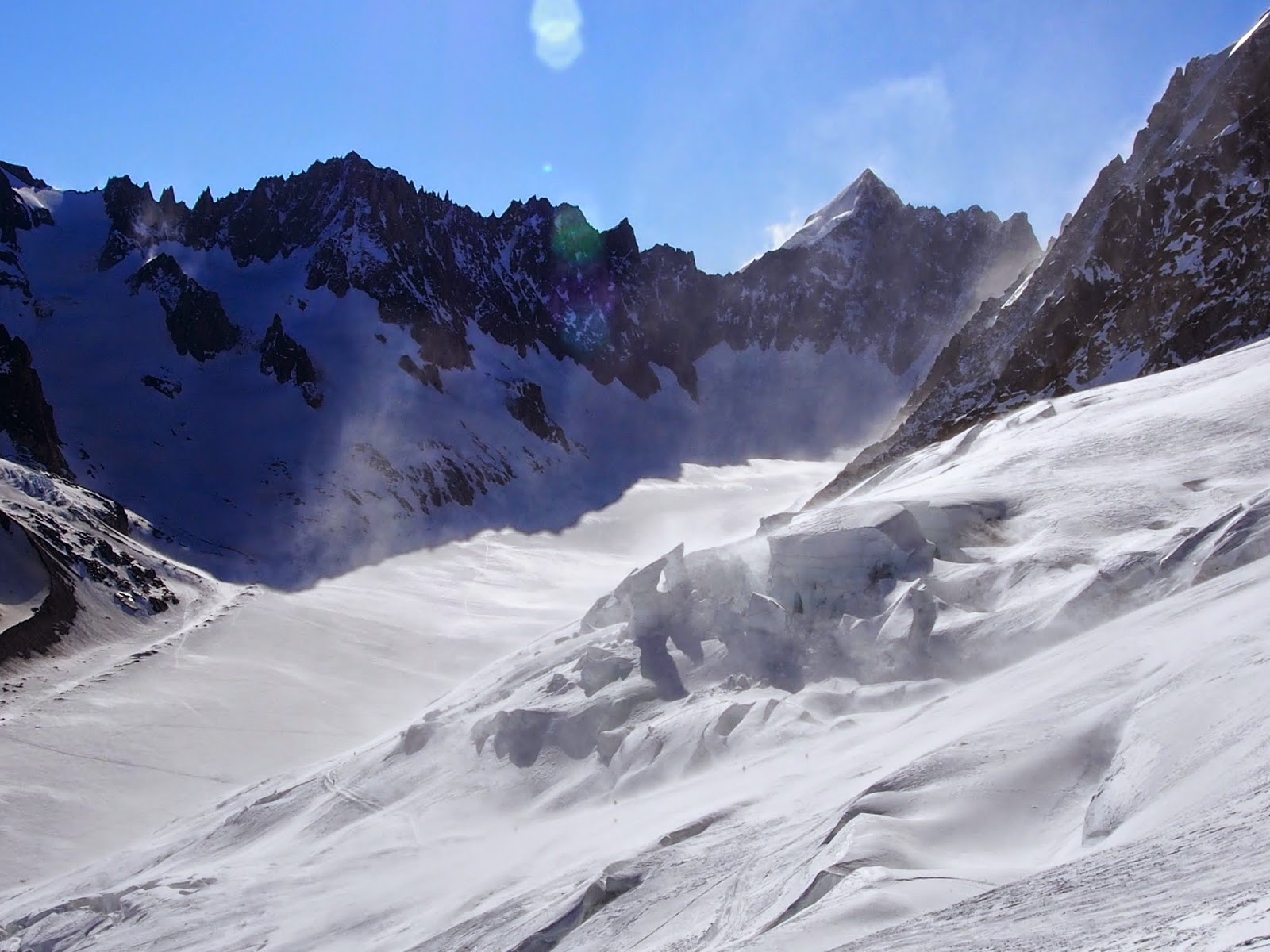 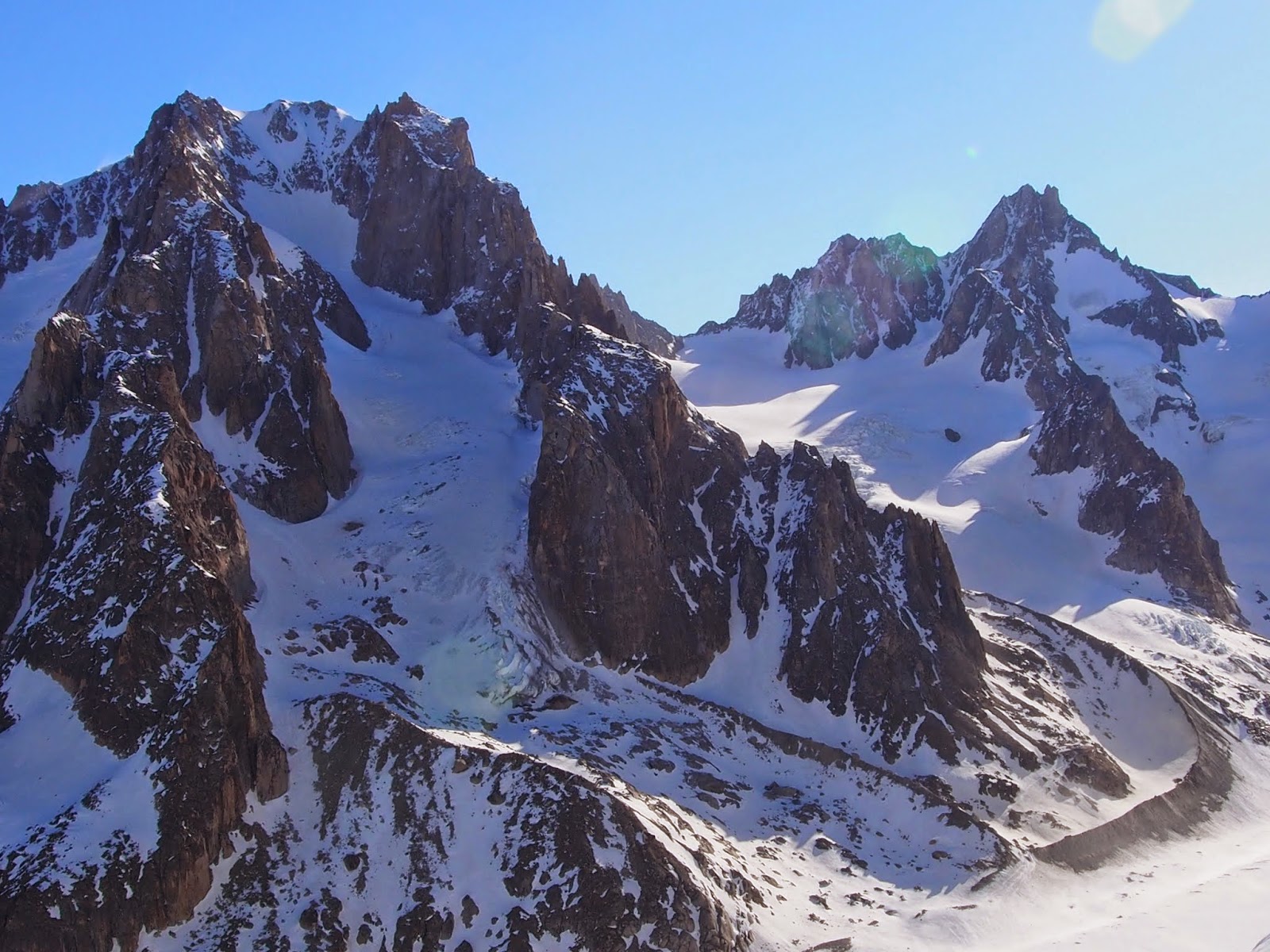 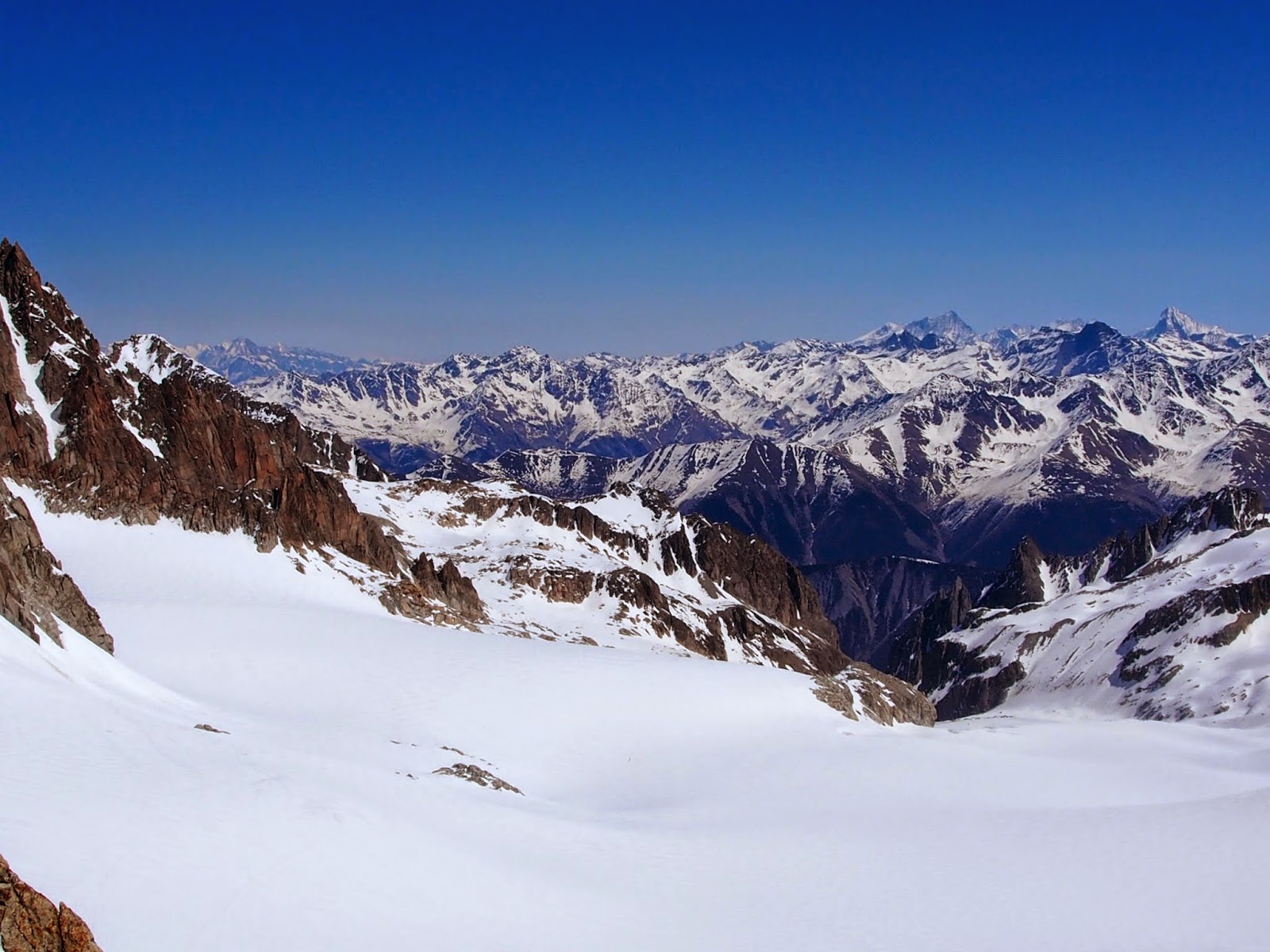 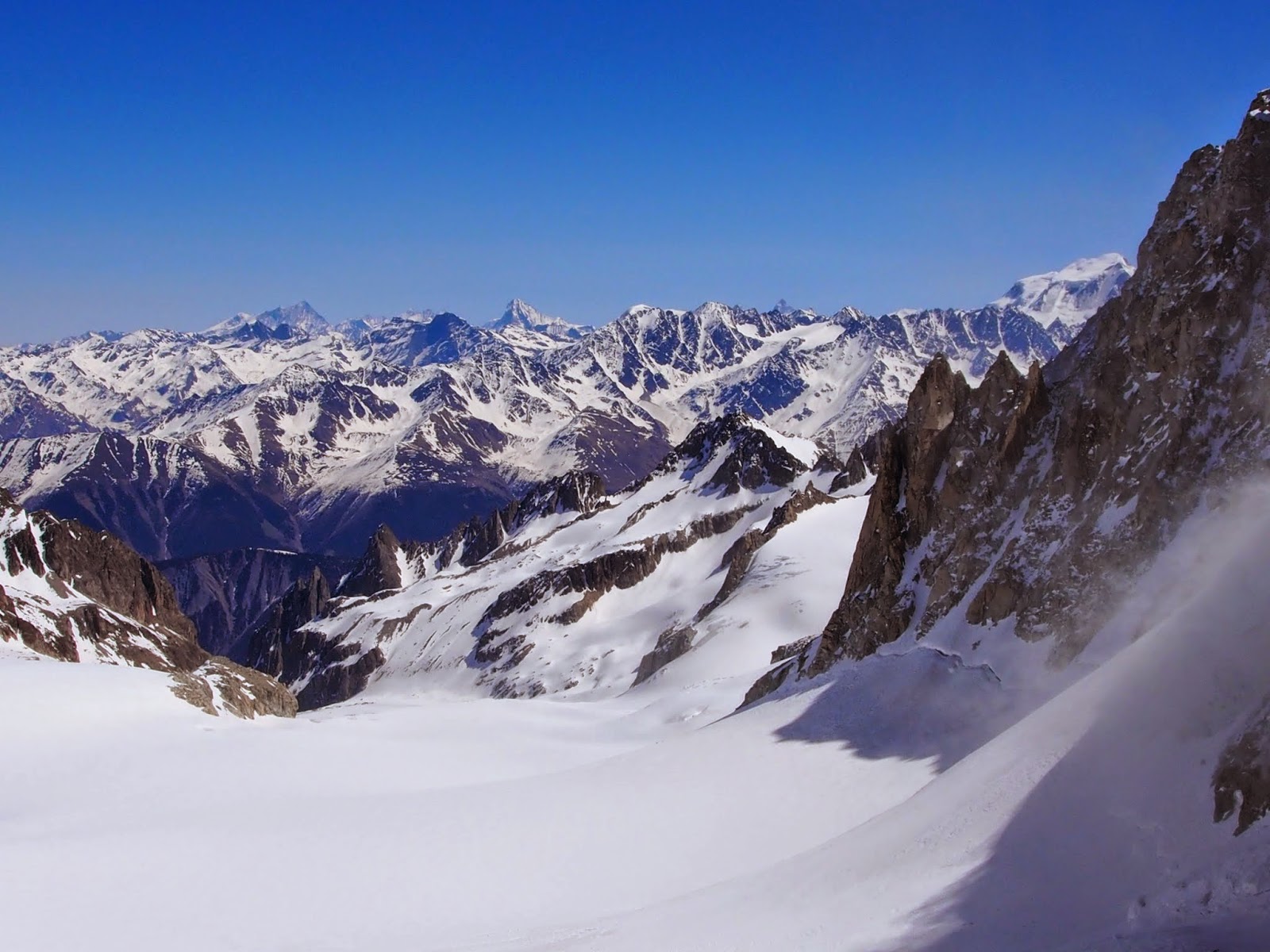 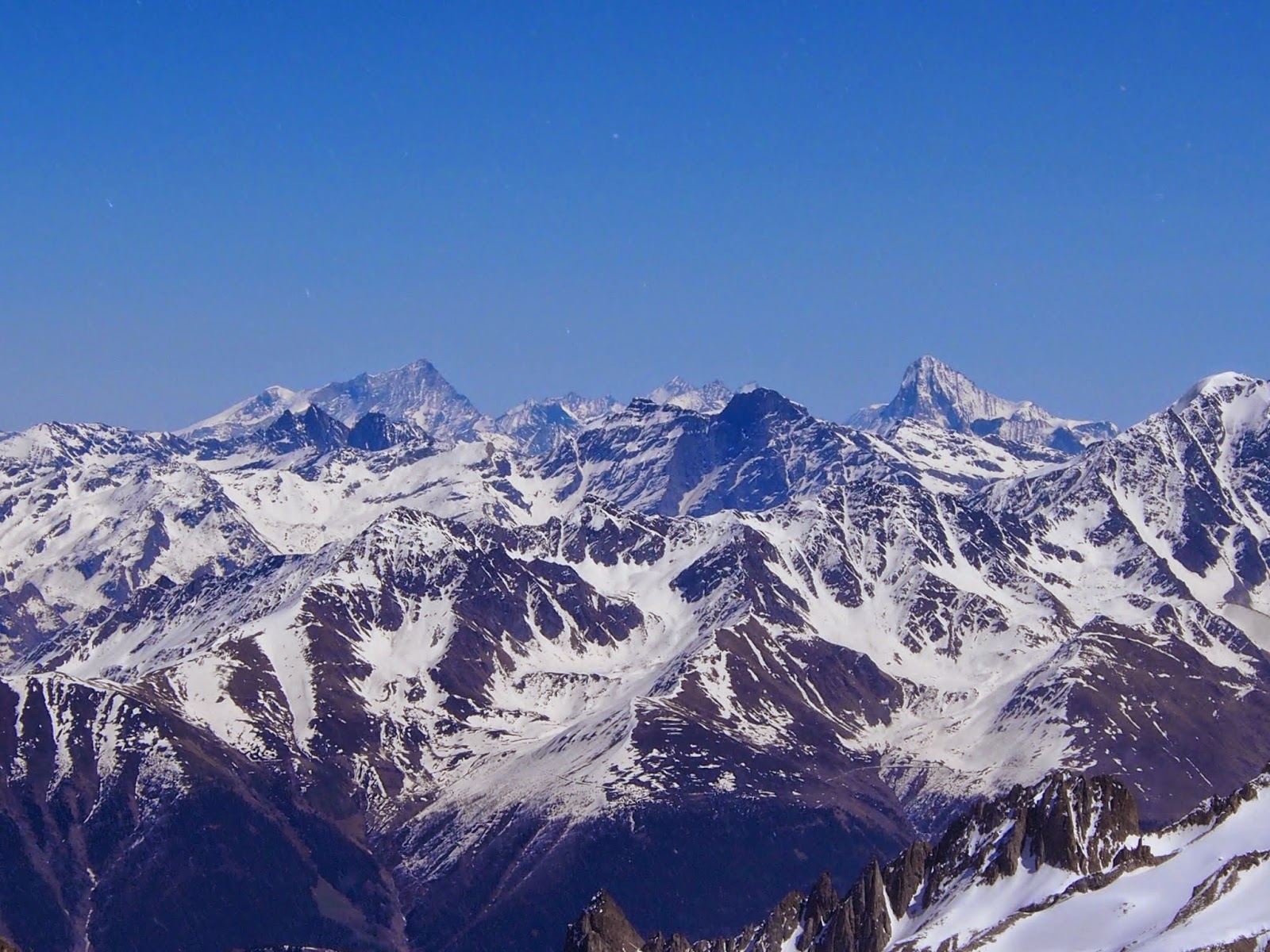 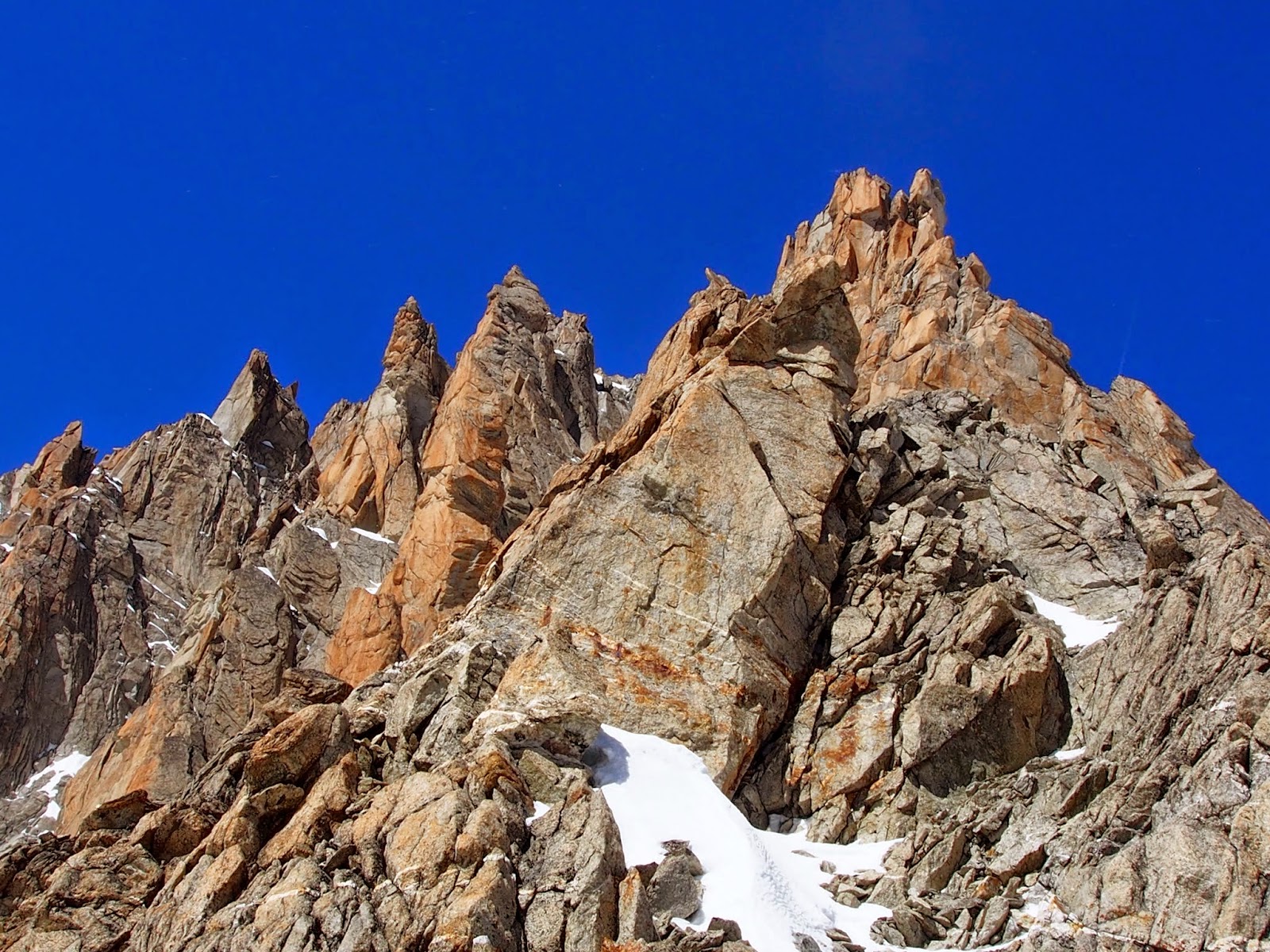 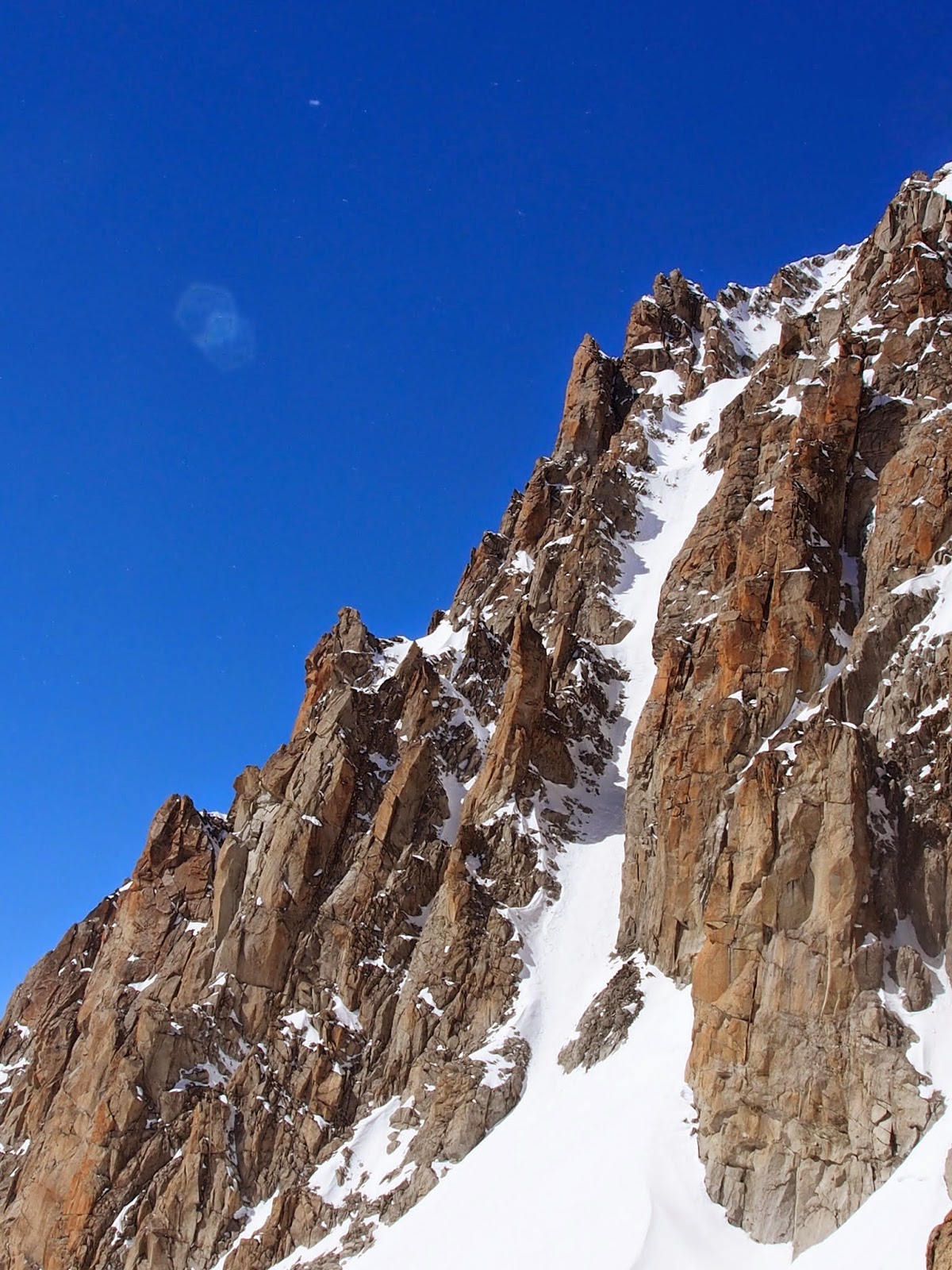 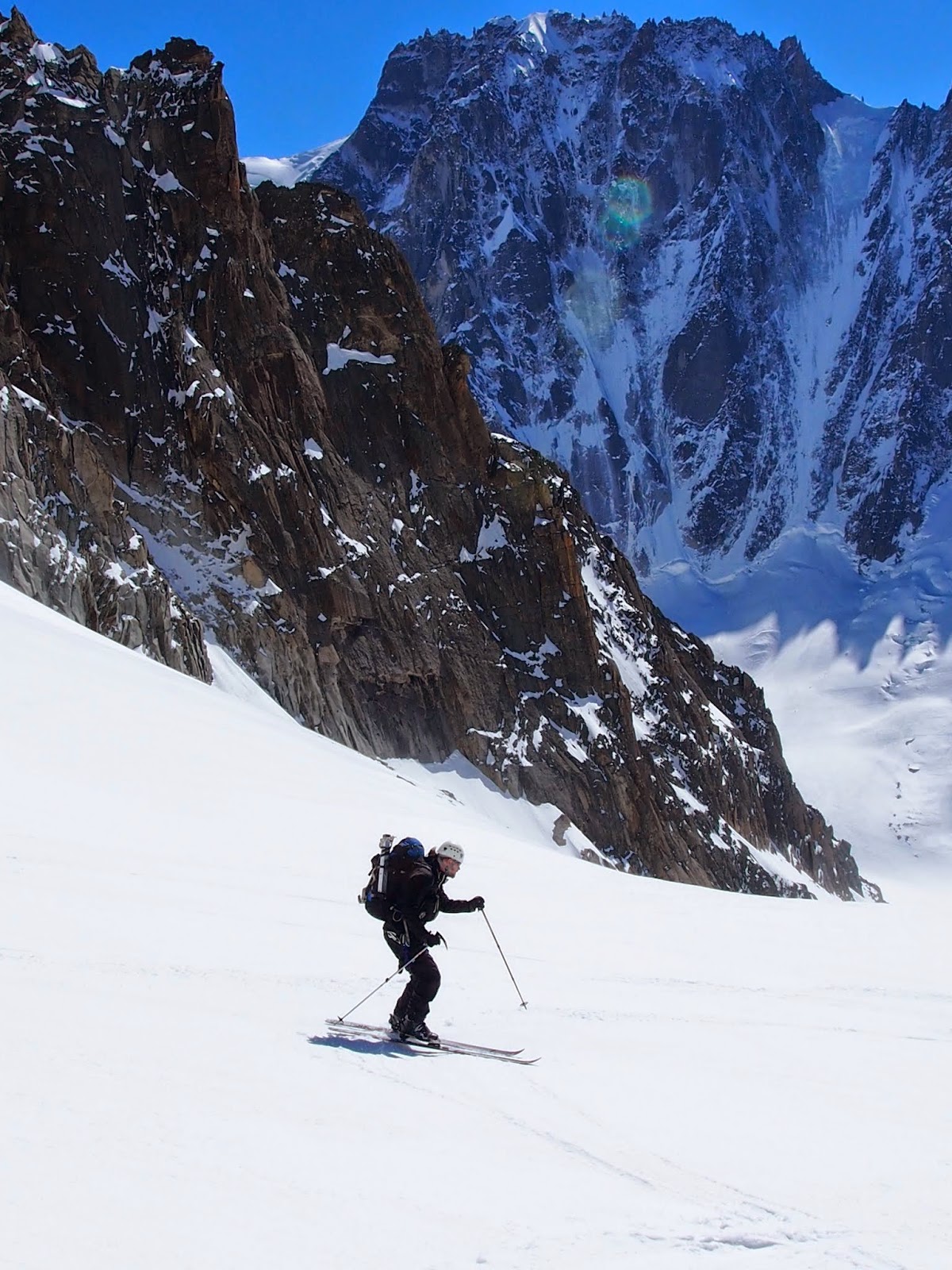 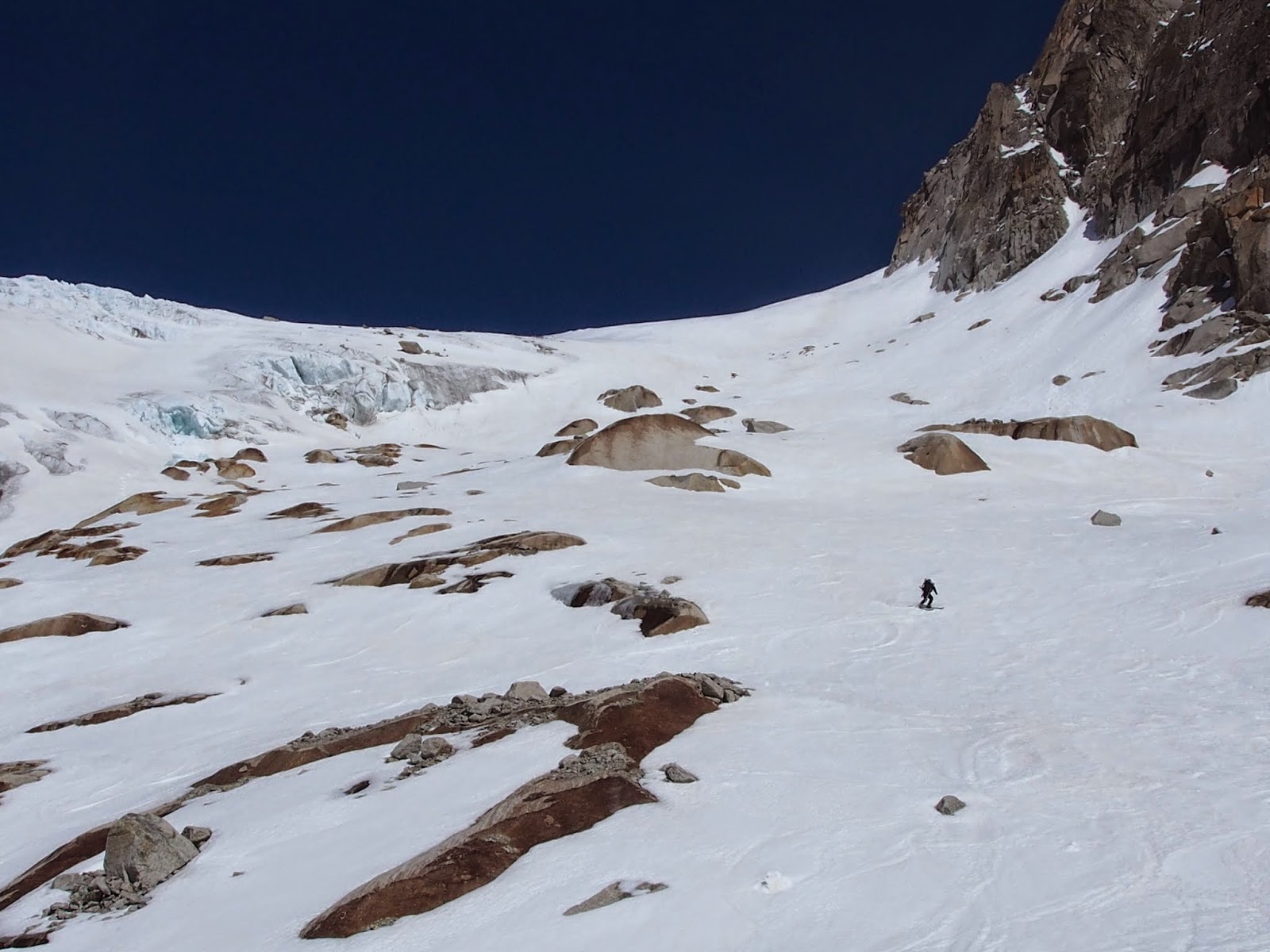 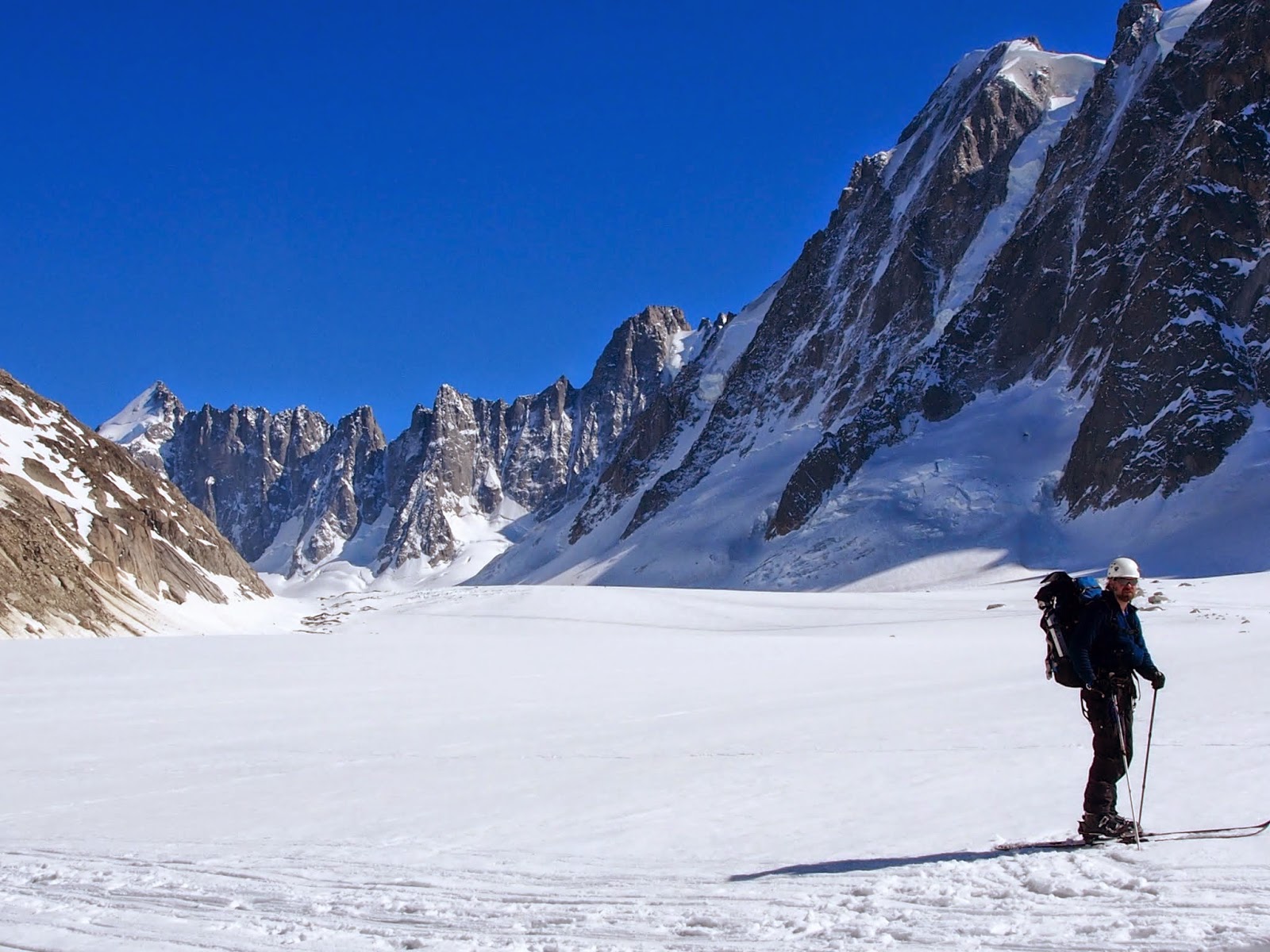 Posted by Peter Campbell at 4:26 am