Session 512. The long overdue kitesurfing weekend with the lads finally happened.  My hip was sore enough to stop me kiting for the morning session in the surf at Sandy Point so I took some photos of the lads in action. 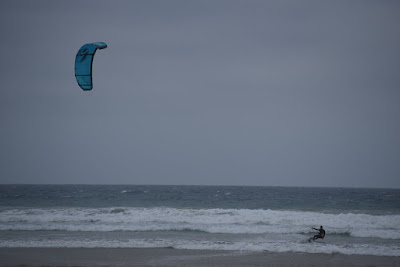 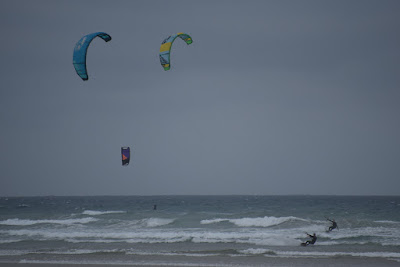 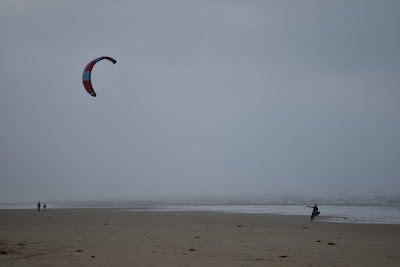 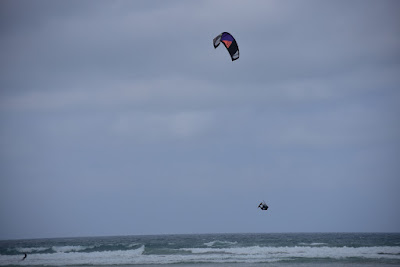 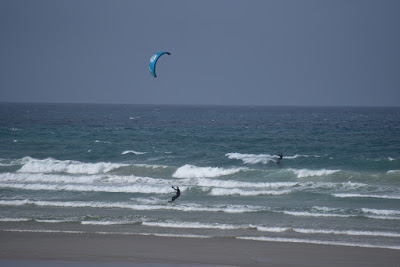 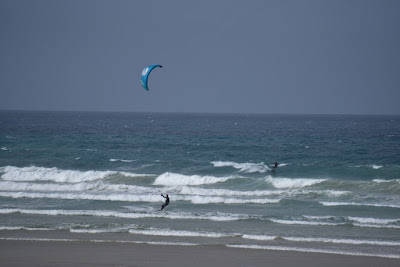 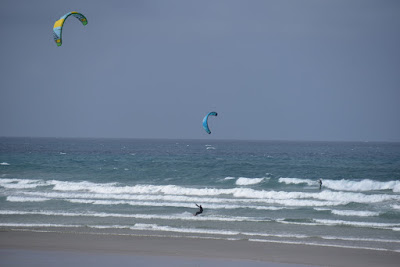 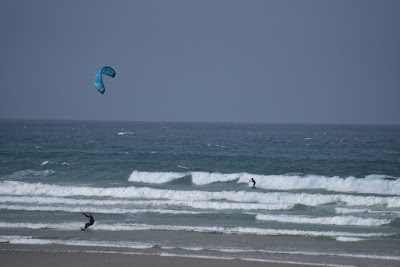 I drove to Waratah Bay for a look and discovered there was good wind along the beach out 1km from the hamlet - a downwinder back to Sandy Point would be good (with a car shuffle).

After lunch my hip was feeling a better so I ventured out for a short enjoyable session.

Sandy Point delivered again.  It was not to difficult to pick gaps heading out through the waves and there were some big ones to catch coming in.  I was out the back a couple of times thinking I was past the break when monster waves loomed up.  Here's a short video with a cameo from Stuart

The wind dropped a bit so I came in - and my hip was getting a bit sore too.  Great to get in a session after having the morning off.

We had dinner at Fish Creek hotel, then 3 of us went to my "kite cabin" at Walkerville for a good night's sleep.

Posted by Peter Campbell at 9:26 pm