A lucky breeze at Gnotuk

Session 48
I headed for Gnotuk after today's bike race at Casey Fields near Cranbourne. I was lucky enough to win in A grade by about 10cm.
The Fawkner and South Channel beacons were showing some SSW wind and my kiting gear was still in the car after yesterday. There was not a lot of wind when I arrived, but a few squalls were visible across the bay. Nobody else was there - was this going to be futile? Did the locals know better?
I donned by cold wet wetsuit, set the kite up, and launched it with the help of a bystander (who knew how to launch kites).
After a bit of "shorebreak flailing" the wind picked up and off I went. I did a couple of good runs to the south - about 2km down along the beach - and even managed a jump. Once again that feeling of freedom and speed.
I was a bit tired after the racing and holding the right tack for a while was tough, but coming back was fine. The wind tapered off after about 15 minutes so I walked back a short distance along the beach. Some locals had showed up. They get a free parking pass for the coastal reserves, which would make Gnotuk more attractive as the parking is expensive.
I landed the kite and waited for about 30 minute, then another wind front arrived so I headed out again. This time it was easier to stay upwind heading north. Some good kiting again. The others were quickly pumping up their kites but by the time they were ready the wind eased again. It is best not to travel to far in conditions like these our you might face a long walk back.
Three lads of Indian descent were on the beach taking photos and came up to me for a chat and a photo opportunity. Kiting certainly appeals to onlookers. They were very complementary.
That was it for the day. No more wind fronts followed so I headed home.
Great to kite at a new location. One of the locals said the downwinder from there to St Kilda via Ricketts was good to do. The also go to Frankston and Parkdale. Opportunities abound, but more wind is needed than what winter offers. 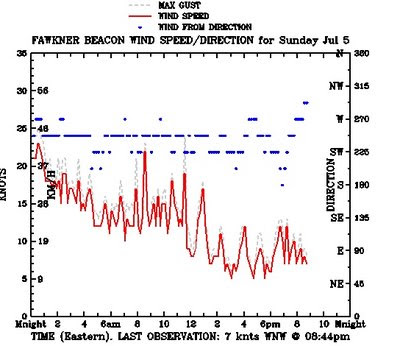