An easterly at Mentone

A good easterly was blowing during the afternoon.  I decided to give Mentone a try for the first time.  There is a cove and stretch of beach so self rescue for this wind direction is quite good.  Unlike Ricketts Point, where you would end up floating out into the bay.

On the way to the beach I assisted with some first aid for a school boy who had been hit by a car in Hampton - apparently he ran into the side of it.  He was not in good shape but was breathing and had good circulation.  The Police and Ambulance came quickly and said he would be OK.  A sobering and traumatic event.

I parked on the other side of Beach Road to avoid the exorbitant parking fees at the car park next to the Mentone Life Saving Club.

There is a a nice grassy section with a path to the beach, and even a couple of grass circles at beach level.

I self launched and headed out to join two other kiters already on the water.

The wind was good for about 30 minutes, then it started to drop.  I did some nice kitedown turns and toeside riding, and a few good jumps off the waves.  After an hour the wind dropped further so I headed in and chatted to two local kiters on the beach.

Its a nice spot - scenic and not too crowded.  Its a good place to kite in an easterly and his much closer than Altona. 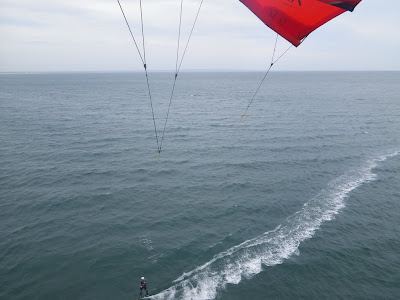 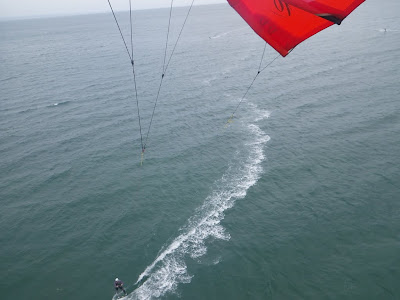 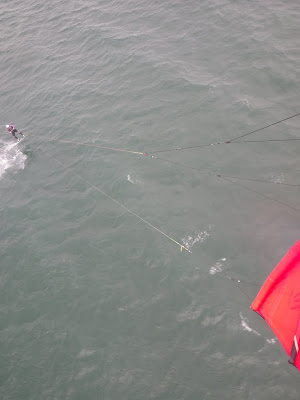 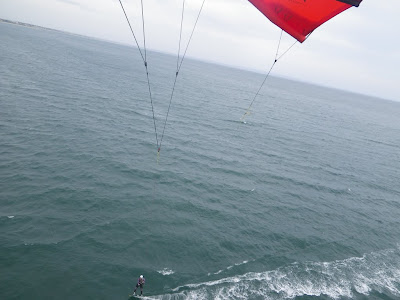 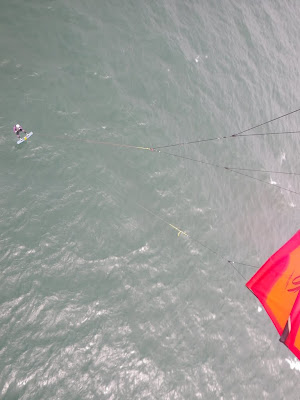 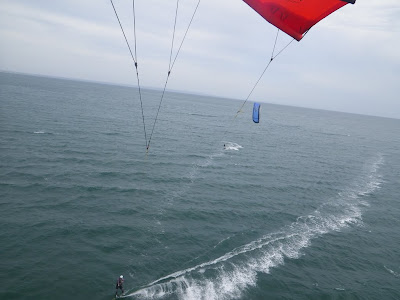 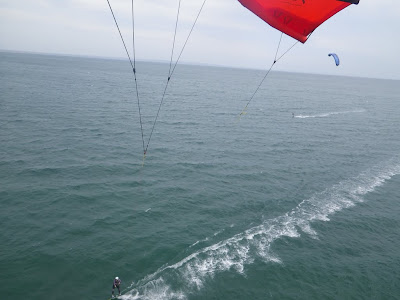 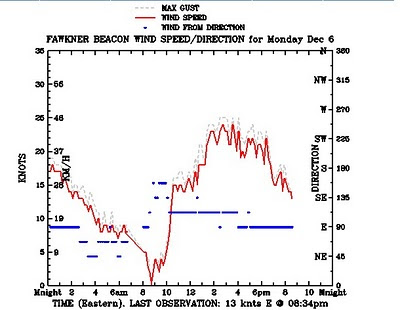 Posted by Peter Campbell at 8:42 pm