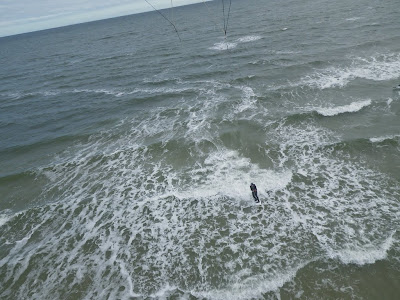 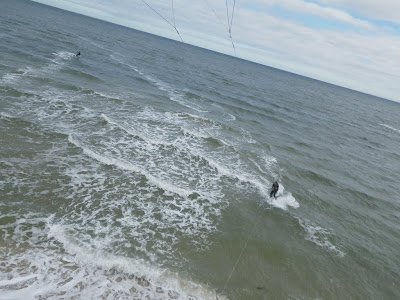 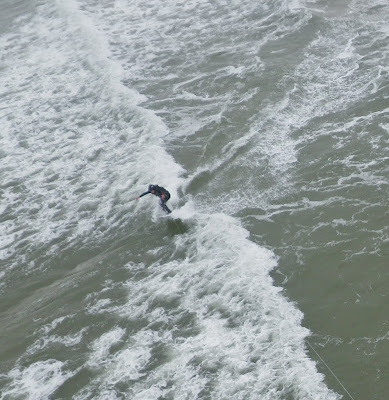 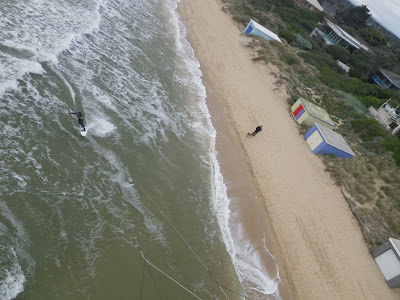 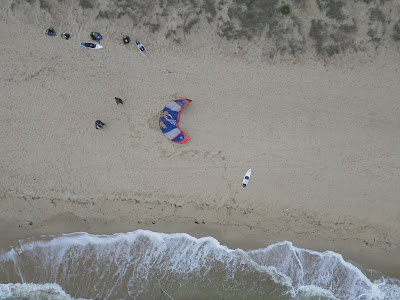 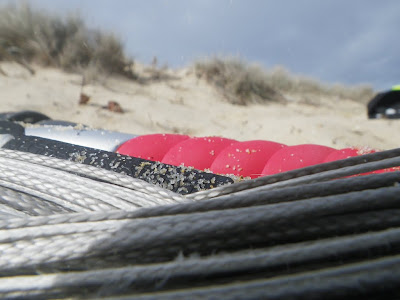 Posted by Peter Campbell at 9:59 pm

Thanks Manny. After 40C+ in Virginia the cold water was quite a shock, but very refreshing. I got a good nights sleep and am feeling great today.

I always love your photos, Pete :)

I don't get it. You said turning toe to heel was troublesome, but turning heel to toe wasn't.

I used to windsurf, and it seemed the opposite to me. If you turned toeside, wouldn't you run the risk of the bow of the board going underwater and toppling you over?

If you turned to heelside, wouldn't it be easier because the bow of the board would ride higher in the water?

Thanks Neilius. Toeside to heelside turns are usually easiest, but I was a bit rusty after 2 weeks in the U.S.

I wasn't turning/edging the board enough so I was screeching downwind and following the kite. The solution was to use a bit less power in the kite and edge and turn the board more aggressively.

Digging the front of the board isn't really a concern, but balance is definitely more tricky when turning heelside to toeside as you end up leaning the opposite way.

Again, aggressively turning the kite, then the board, and moderating the power of the kite (bar out) helps.