Kitesurfing Frankston before the winter storm

At last, some more wind!  A good westerly was on so Stuart and I headed for Frankston and got on the water about 9:30am.  The water was very clear and noticeably warmer than last time. There was even some nice sunshine.  It was great to fly my 10m Switchblade again, I like it.

The wind was over 20 knots for the first 20 minutes, then it backed off a bit.  A couple of guys were doing a downwinder to Frankston so I kept my eye out for them.

Stuart headed off after a lull, and I took off to do a short downwinder past the pier.

It was nice riding the small surf along the sandbar of the beach, then I tacked out past the pier keeping a wary eye on it.  I came back into the beach and followed it down towards the Nepean Highway, realising that landing options were not so good.  The beach was narrow with a wire fence close to the water.

Right near the road it widened a little however, and the wind obligingly dropped so I got the kite down without any trouble.  I packed it away then walked the considerable distance back to the car.

Some more kiters had shown up by then and the wind was good again.  I could see some squalls in the distance ahead of the large front that was forecast.  Later in the afternoon it arrived, as you can see by the wind graphs.  This highlights the need for great caution when kiting in winter storm conditions. 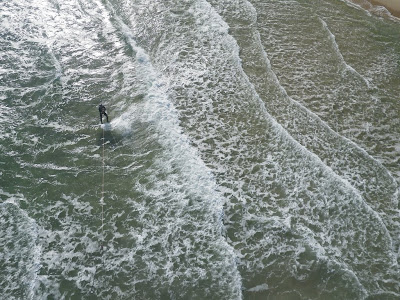 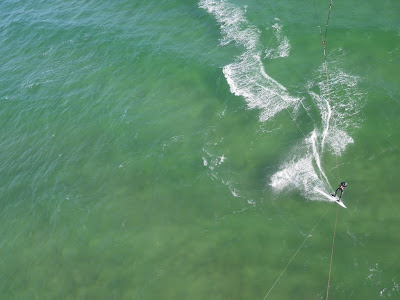 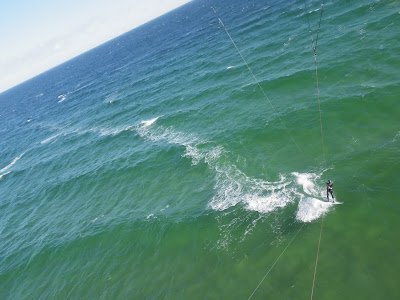 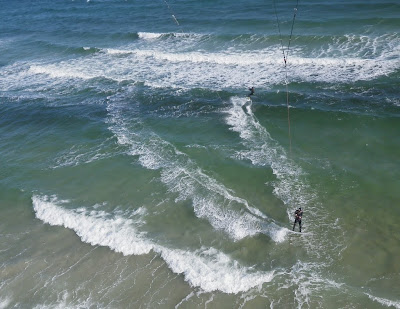 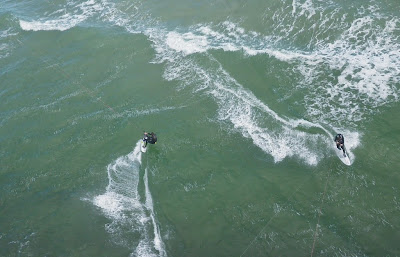 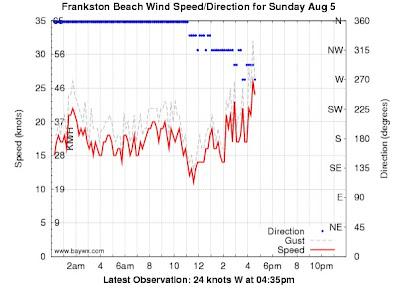 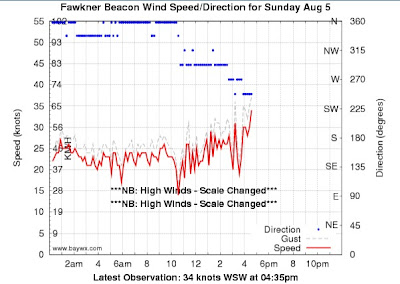 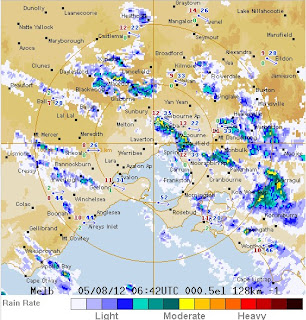 It's walking a back to the car that got to me! Carrying everything? it looked a long way on the map?
The rest looks fantastic!
C x

It was quite a walk along the foreshore then curious seaside Gould Street which could be in a little coastal village.

I stashed my gear before the walk, then drove back in my car to retrieve it, so I didn't have to carry it.

Love the pictures and Garmin doc and kite parking. Can you get the Garmin figures in metric? If you've been a sailboarder, the walk will be nothing...

Thanks Richard. The wind dropped off when I finished so landing the kite was easy. It came in harder soon after though. Its a sketchy place to land due to the fence next to the beach and the proximity of the road.

There is a bug in the Garmin connect.garmin.com website - I load, specify and view the GPS info in metric but it displays in imperial. I can't yet find how to fix this.

I just found out how to view the map data in metric.

1. Click on the "View details" link on the bottom right of the map display - this takes you to the connect.garmin.com version of the GPS log.

2. Click on the "View in Metric" link in top right corner