Kitesurfing tour from Hampton to Port Melbourne and return

A sea breeze - or at least some consistent wind - at last!  The forecast westerly came in on schedule during the late morning.  I headed down to Hampton after lunch and rigged up my Switchblade 10 and the Sector 60 board.  I put some clothes, money, phone and sandals in my waterproof backpack as I planned to go for a tour.

Good wind on the water.  I took off immediately heading north along the bay.  The Sector 60 cruises well. I was able to get all the way to Port Melbourne, right up to the Spirit of Tasmania, on a single tack.  The rolling swell was fun to ride but I was mostly travelling across it.  I left the other kiters at Hampton "moving the lawn" (going back and forth) and reveled in solitude about 700m offshore.

It was a long way on a single tack. I was conscious to rest my rear leg and straighten it, and I stopped twice briefly en route.

There were quite a few kiters at Brighton too, but less at St Kilda.  I de-powered the kite for the last 1km coming to Port Melbourne. The wind dropped a bit on the way back the wind so I toggled on full power.    I did one run into Brighton among the madding crowd, then back out, past Green Point and on to Hampton.

The wind strength increased again at Hampton and I was rather tired so I came in.  There were lots of kiters on the beach - the season is getting into full swing now. 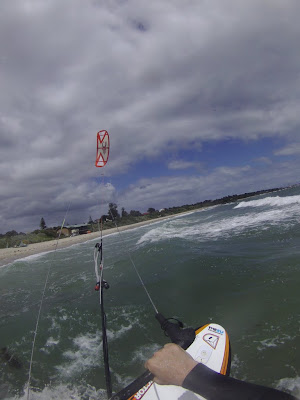 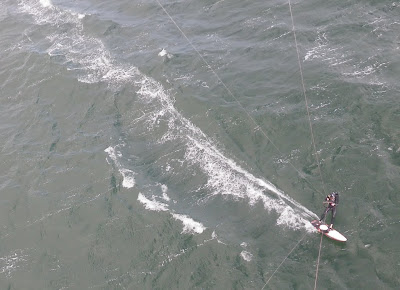 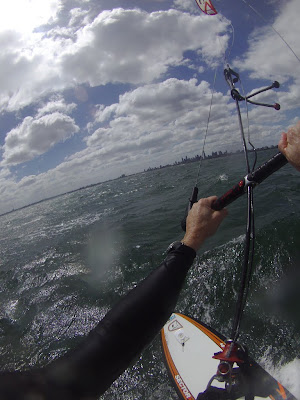 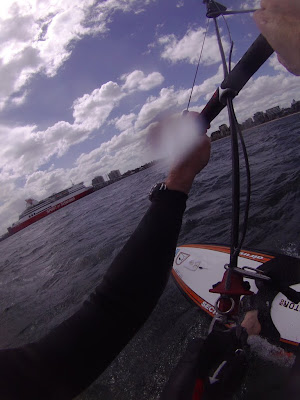 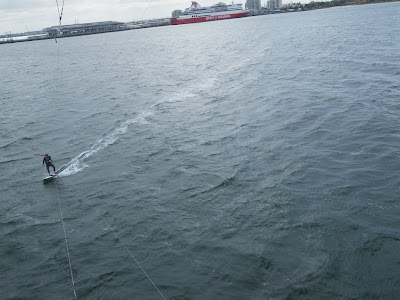 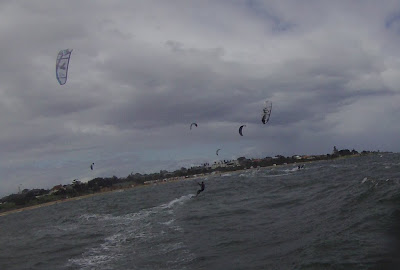 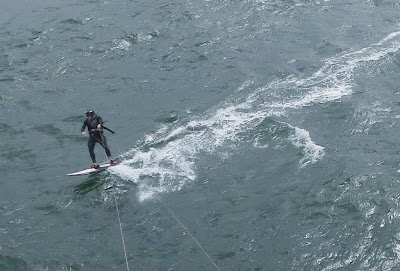 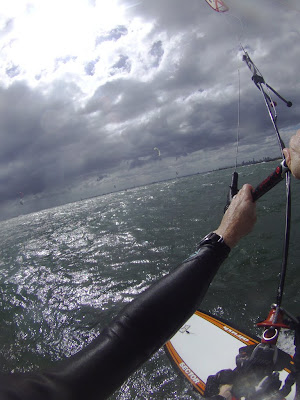 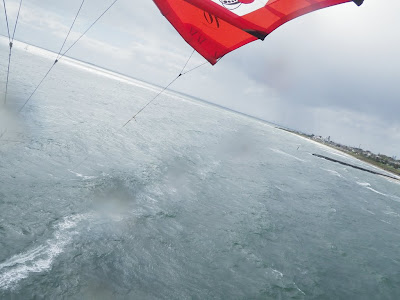 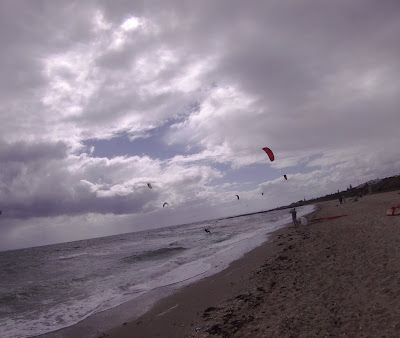 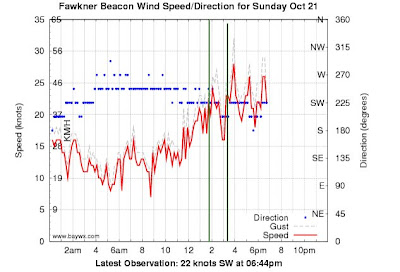 Posted by Peter Campbell at 7:04 pm