Kitesurfing a nice northerly at Seaford

Session 231.  A very consistent,  punchy and warm northerly was on at Seaford.  Tarren and I had the entire beach to ourselves, apart from a couple of football teams that briefly dipped in the water.  The water was lovely clean water and still warm.  Initially I was nicely powered on the 12 and had some nice runs in the small bay surf and some of the rollers further out.  The wind picked up toward the end of our session so I de-powered the 12.  Towards the end there was enough for me to use the 9. 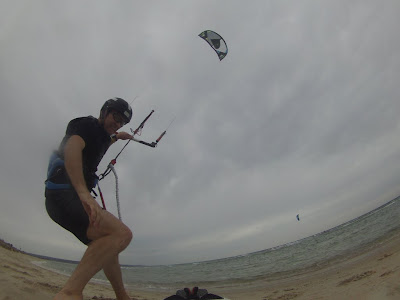 My gybes were good, but I am focusing on making them snappier rather than doing a little foxtrot each time I swap my feet.  Still thinking about a duck tack but its seemingly impossible to visualise how to do it.  I must practice more off the water.

I did a few jumps, one of them massive, and landed them O.K.  No backrolls with the surfboard yet though. I hit the shallow sandbar on one run in and took a nice tumble near the pier but I landed well.    Fast slalom turns and some downloops were nice to do.

My left elbow (tennis or golfers elbow) held up ok.  It is fine when flexed but I get twinges when it is straight and loaded, so I am avoiding that position where possible.  It is certainly lingering on, despite some acupuncture and physio sessions.

I wonder how Rosebud was today - crowded I suspect. We only saw one other kite in this entire expanse of bay.  We called in at Gnotuk Ave on the way back and there were only two kiters there - but the wind was gusty and sideshore so it was not so good.

Cesar is organising another Across the Bay to Conquer Cancer in July - this time in the other direction with a winter northerly.  I am keen to give it a go.

Here are some shots from a Contour ROAM mounted on my surfboard. 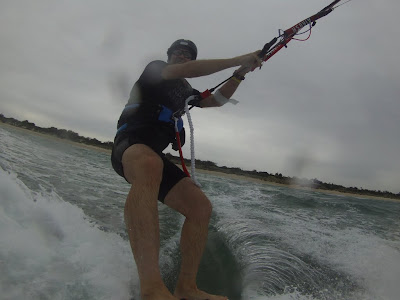 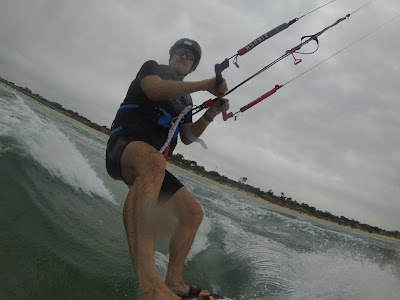 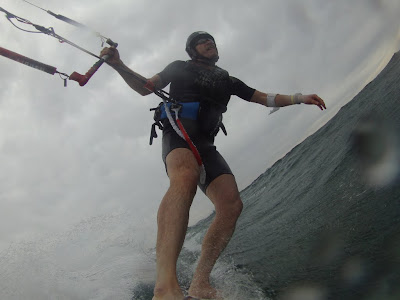 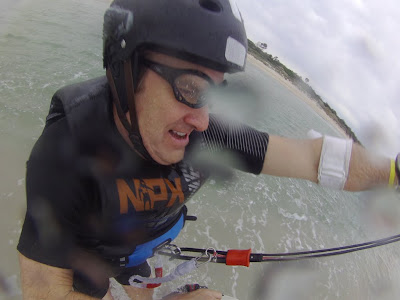 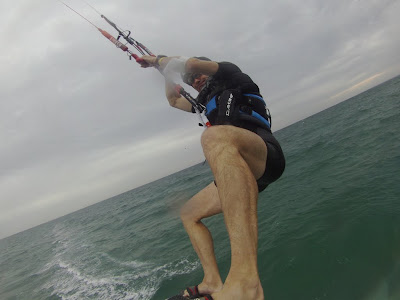 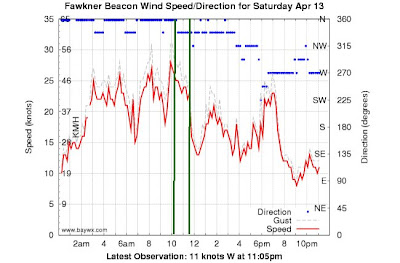 interesting, do you need to know what your doing to ride a northerly at Seafood? As a noob I'm still figuring out this whole wind direction for location thing. I usually head to Rosebud for a northerly but would much prefer the quietness of Seafood.

A northerly at Seaford is cross onshore so it should be fine for you. The beach is fairly narrow though so you need an assisted launch and land until you are quite experienced at self launching, so it would be best to go there with a buddy or when other kiters are there.

Keep an eye on my Twitter feed to see when we are next there. I usually Tweet when heading down for a session.

Its a lot closer to Melbourne than Rosebud and a lot quieter.