Session 235. The forecast good wind arrived. As a rigged up my kite, a kiter mentioned they were heading upwind past the Mowbray River mouth to a good surf spot.  However, as I headed out the wind dropped so I lost ground, only just making it back to the car park.

After a few more runs the wind picked up and I was able to work my way out past the reef.  I passed close to a turtle who was not perturbed to see me.  Its tricky getting past the reef though, I passed over it a couple of times.

There was one kite way upwind above the Mowbray River, but I was still tacking in towards the river mouth, which is not a great place to linger as there are crocodiles in the rivers and quite a few rays in the shallow water there.

Then the upwind kite headed back down towards a group of kiters, including Jouko, that had congregated near the creek at the far end of 4 Mile.

I cranked some slalom turns and scooted down there, wary of the sand bars closer to shore.  After a few fast runs in the flat water I continued on back to starting point.  This was a big session.  Lots of great scenery and quite a lot of distance. 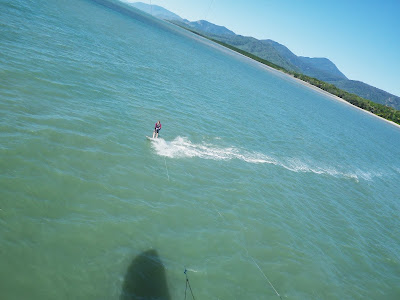 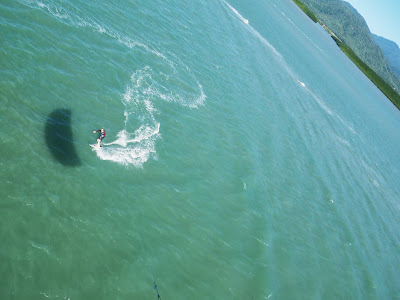 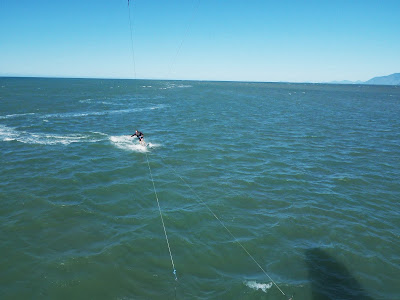 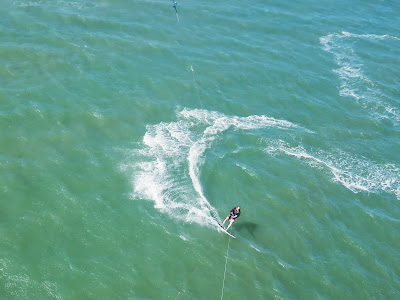 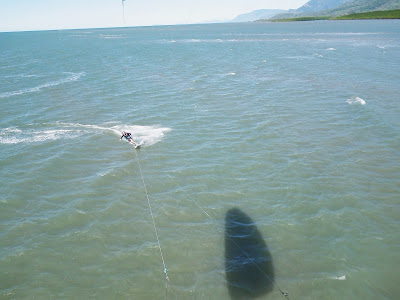 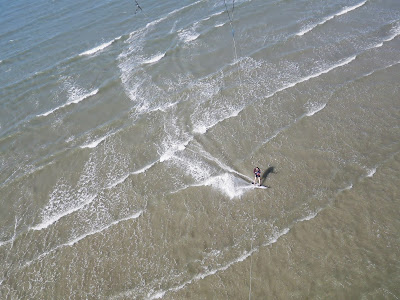 I got some chafing above my hips from my harness though my rash vest.  I should have brought my shortie.

After a short break I did a downwinder along 4 Mile Beach to the surf club.  There was a reasonable wave in several places although I found the wind direction odd.  I did a self landing on a quiet section of beach just up from the surf club then carried my kite to the grass and packed it away.  Lena and Chloe were in town so I walked along Macrossan Street to meet them.

This one day made bringing my kite gear well worthwhile. 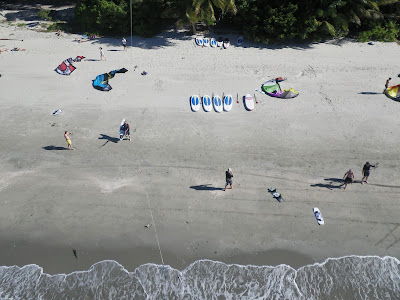 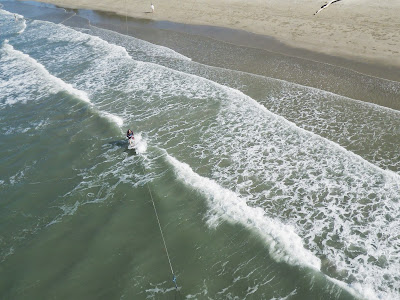 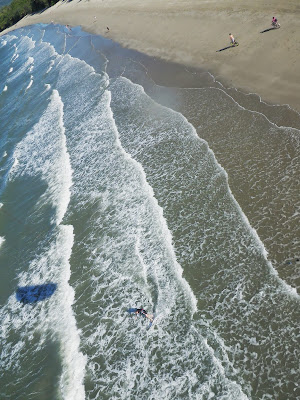 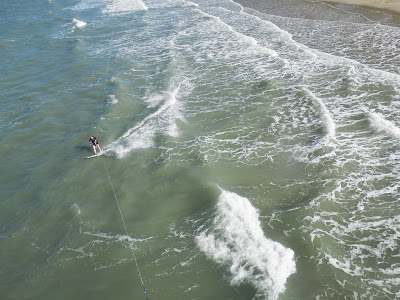 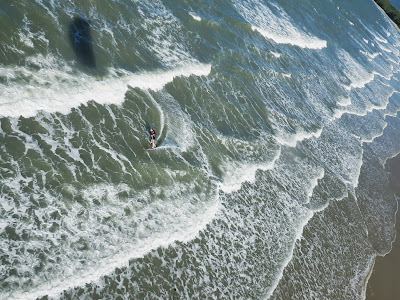 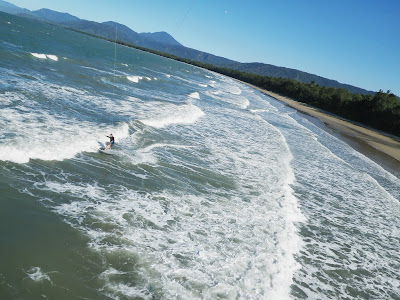 Posted by Peter Campbell at 9:14 am