Kitesurfing Reverse Across the Bay attempt

Session 236. Nine kiters attempted a "Reverse Across the Bay" kitesurfing crossing in winter.  Cesar Aldea organised the event and has been waiting for the right conditions. Several wind forecasts indicated a 25-30 knot northerly for the day so we decided to give it a go.

There was just enough wind to launch at about 8:30.  The water was cold, but I was fairly warm in my eBomb 4/3 wetsuit with booties, gloves and a helmet.

We were about to find out how much more difficult winter conditions are.

I went downwind as slowly as possible so the others could catch up.  I was cruising well on the Sector 60 but caught the nose a few times and came off.

I dipped my kite in the water a couple of times as I followed it downwind.  Relaunching in the light wind was tricky.  Then we hit a major lull - I could only just keep the kite flying.  Our support boat was helping relaunch kites as they went down.

After a delay relaunching my kite I set off in pursuit of the others who had got a surprising distance ahead.  It was nice to go fast, flying the kite back across the wind to bear more downwind.  However, when doing this the surges as it comes back across with wind window can be tricky - I came off my board a couple of times.

Then my concentration lapsed and my kite dipped into the water as I was chasing it.  I could relaunch it in the 8-10 knots, so the support boat grabbed it, I wound my lines up then got in the boat.

They took off and met one of the Coast Guard boats so I could transfer too it. A friendly seal was cavorting off the back of the boat. The lull was continuing as we kept an eye on the kiters still on the water.

Then a big ship came down the channel, so we approached all the kiters and gave them directions to continue on tacks out of the channel.  Soon after it passed the wind conked out completely so all kiters were picked up and transferred to two Coast Guard boats who took us into Martha Cove.

It was disappointing not to make it but a relief that we were all safe.  Cold water and dodgy wind is not a good combination.  After we untangled our lines and packed down our gear our mini bus took us to Sorrento for a nice lunch in the Sorrento Yacht Club overlooking the bay.  There was still not much wind . . .

We were all happy to have made the attempt.

Our support boat crew, who did a great job providing assistance and picking up kiters from the water.

The Volunteer Coast Guard, for the guidance they provided us on the day. They are a great team and very well trained.

I have increased respect for the difficulties of kiting in winter with cold water, rain and dodgy winds.  A howling northerly might be better, but it too could conk out in the middle of the bay.

Its interesting to note that Fawkner Beacon and South Channel wind meters showed strong winds all day, even though we ended up with no wind and there was very little wind at Sorrento.

It was difficult to navigate. I used landmarks and kept going as far downwind as I could at a slow pace. I tracked out toward Port Arlington then turned back just before a channel marker, then tracked back towards Frankston. The aim was to stay out where the best wind was but not in the shipping channel.  At times, rain squalls obscured Mt Martha and Athurs Seat too. 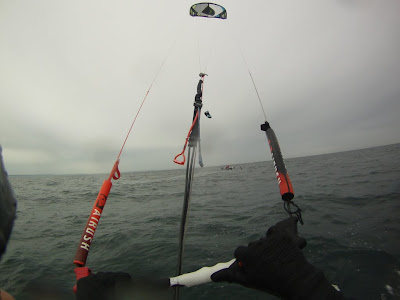 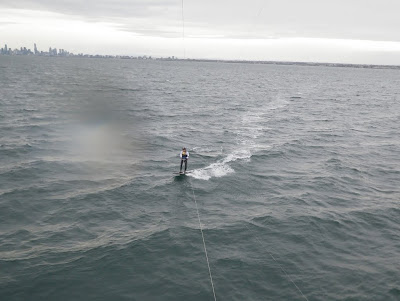 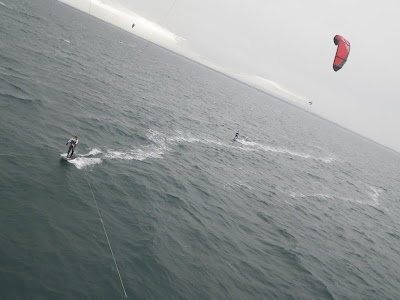 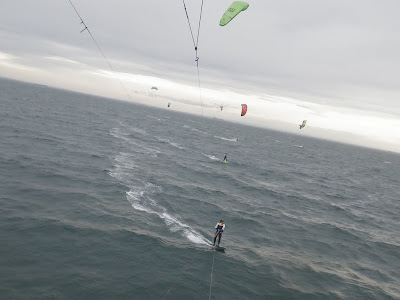 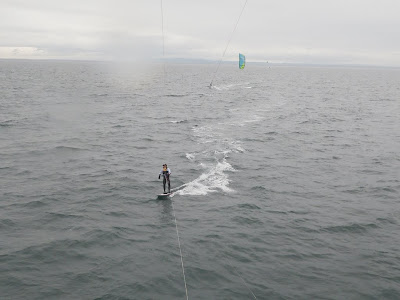 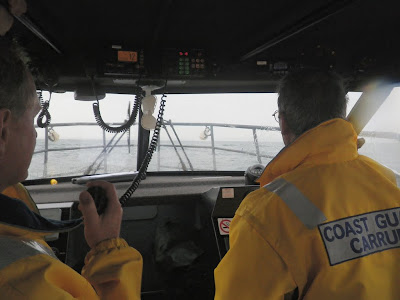 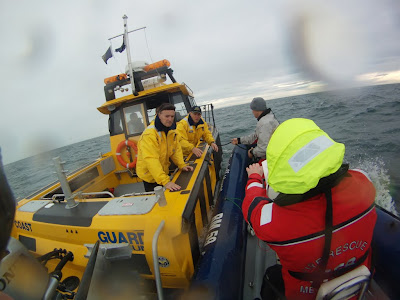 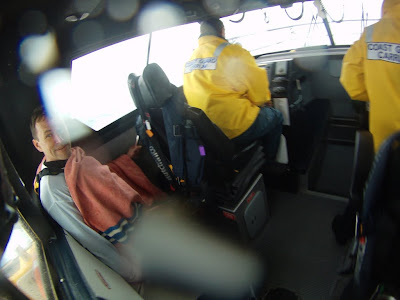 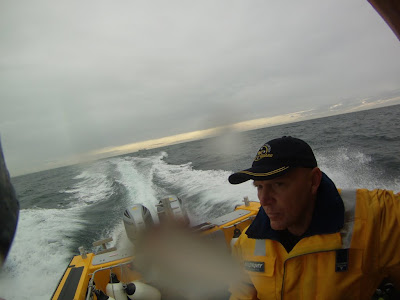 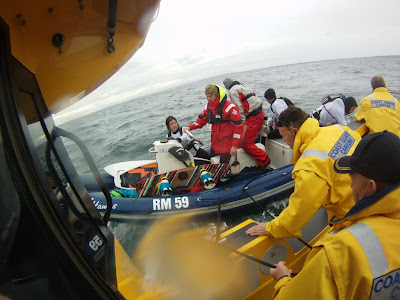 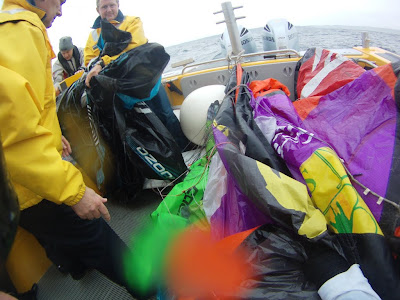 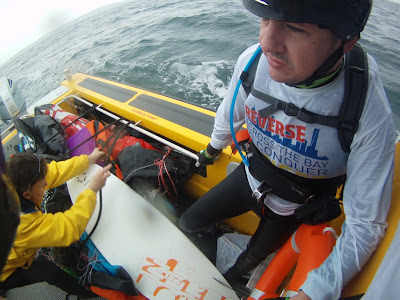 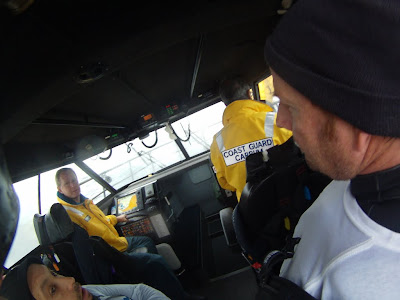 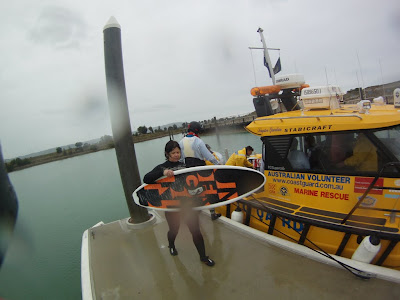 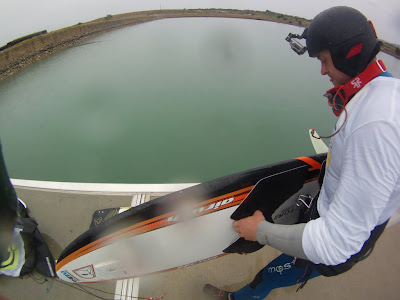 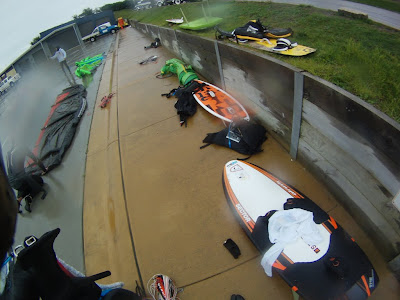