Another serious accident puts me in hospital AGAIN! (not kitesurfing)

I was really stoked to back on the water again after injuring my back after 5 weeks off.

I was cycling to work on Monday 10 February 2014 down the Burwood Road hill from Burke Road travelling at about 40km/h in the bike lane.

Towards the bottom of the hill, a car travelling in the opposite direction was approaching to turn right into Gillman St. As I approached I expected the car to give way to me while I passed, but it turned right in front of me blocking the road. I braked hard but was only able to slow to about 20km/h before impacting the car.

The right hand side of my body (shoulder, hip and leg) hit the passenger door of the car hard side on. I bounced off and hit the road screaming in severe pain. The motorist stopped and was apologetic. She said she did not see me as the sun was in her eyes.

The car has a broken windscreen and dented door from my impact. My right shoulder, right hip and right knee were extremely painful.

An ambulance then took me to Box Hill hospital emergency department. I was examined by doctors and X-Rays were taken. I was informed late in the day that the top of my fibula was fractured. The very sore spots on my shoulder and hip luckily did not have bone fractures.

I left the hospital with a leg brace with velcro closures and was told I could load bear on the leg as the tibia bears the weight.  The fibula on the outside of the lower leg has attachment points for muscles and tendons - I was lucky that none of these or my knee was damaged badly. 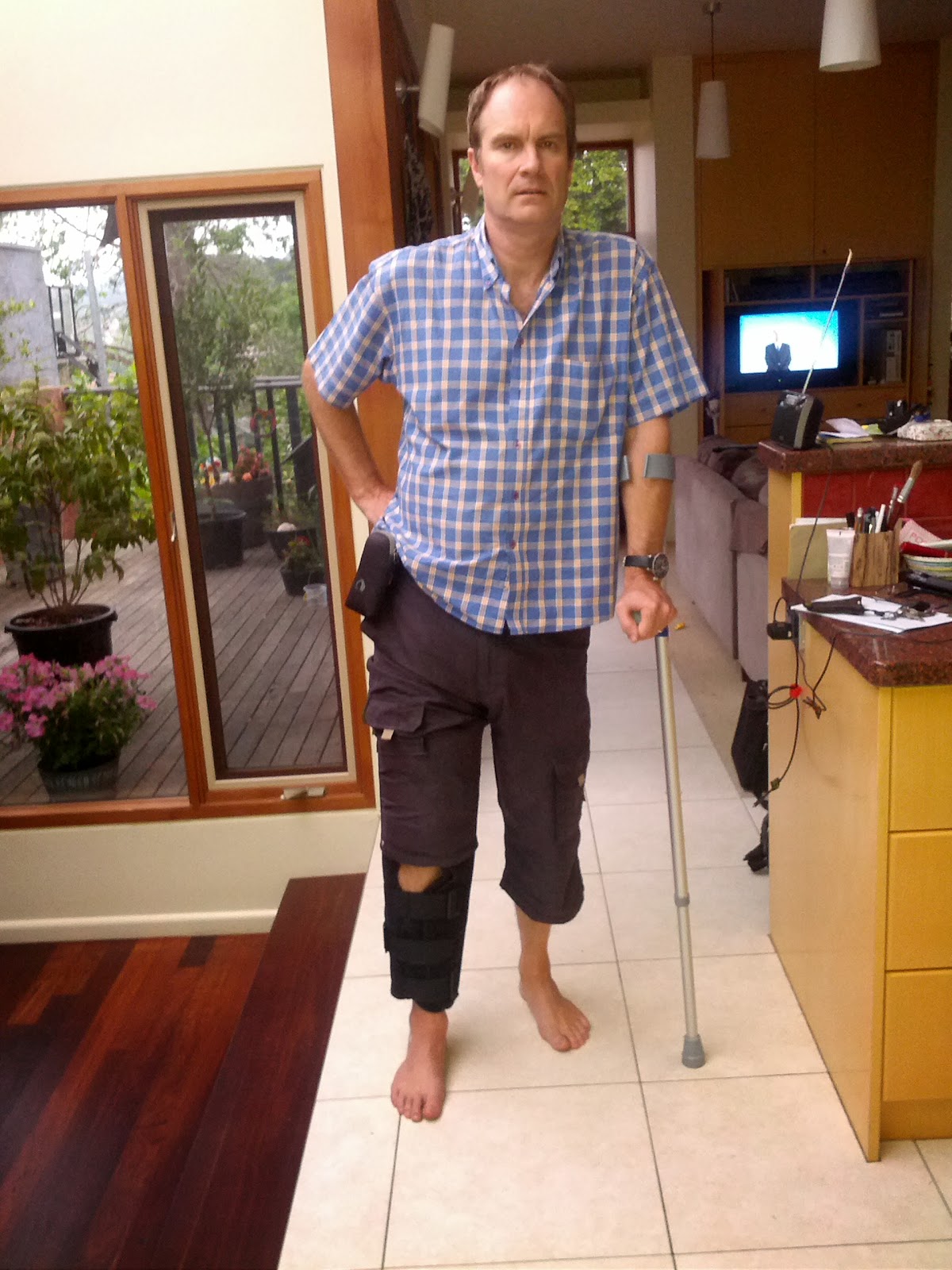 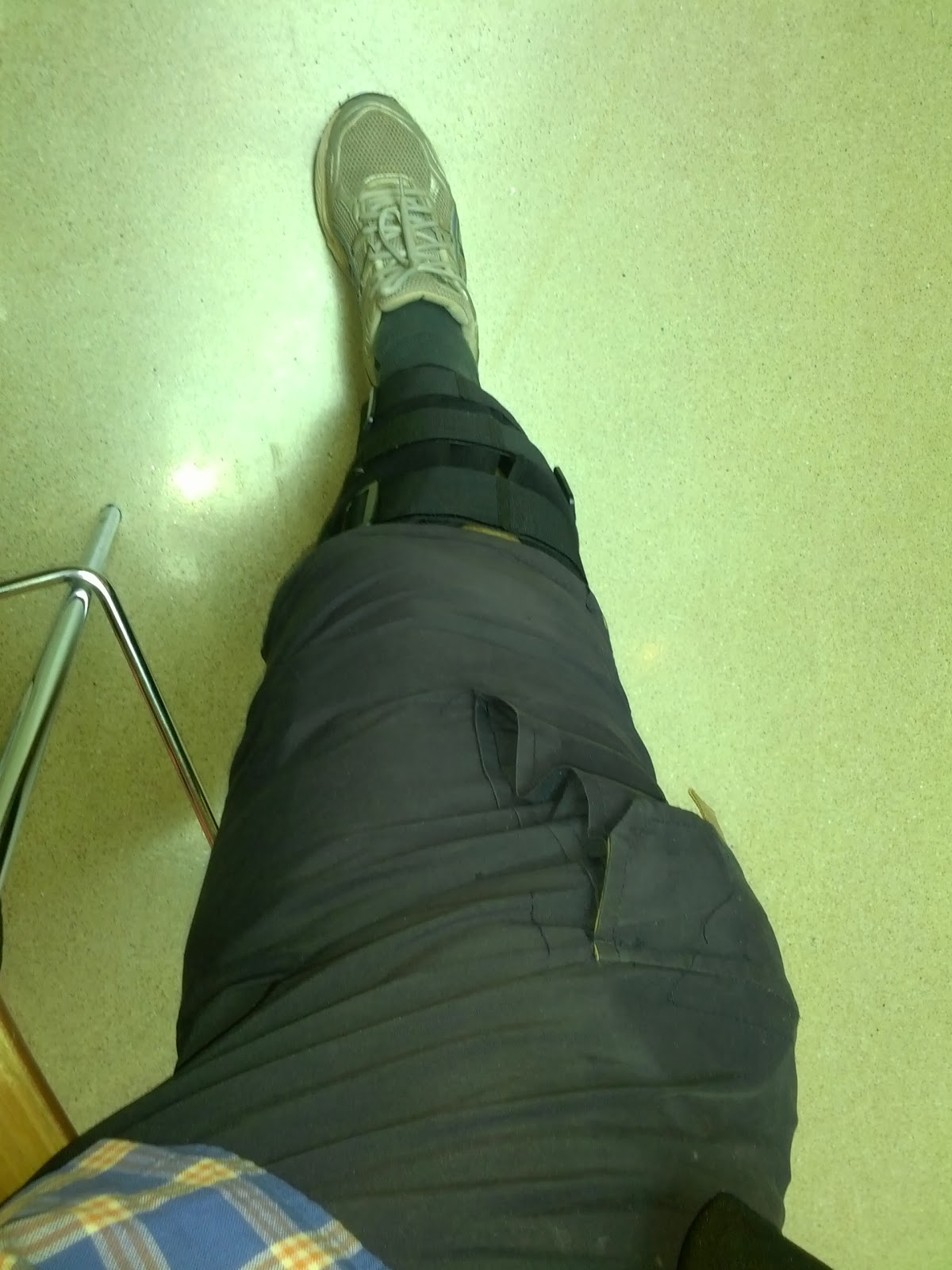 I went to work in Melbourne on Wednesday to Friday but it was not easy to get around with the leg splint and a crutch.  I was still taking painkillers too.

About one week later I was getting pain in my lower calf so I went to the Epworth hospital to get it checked. An ultrasound revealed a one major and several minor blood clots in my lower right leg. These are potentially life-threatening, so I was put on blood thinning medication to lower the risk of embolism.

On Tuesday 17/2 I returned to Box Hill hospital for a checkup.  The doctor said I should stop using the leg brace as my knee would seize up.  I took off the brace to find the knee was very stiff - I was unable to bend it.

By Friday 21/2 I had regained some bend in my knee and was able to walk better, although slowly and with a considerable limp.  I think it will be at least two more weeks before I can even consider kitesurfing again, which is VERY frustrating.

So the moral of this story is: avoid cycling on roads where this traffic whenever possible, and do more kitesurfing!

I wrote a letter to every Victorian State MP about the need for safe bike paths separated from cars.  You can read the letter and see who responded to it [here]

Posted by Peter Campbell at 9:29 pm