Kitesurfing tour from Frankston to Mornington

Session 335. Epic session in strong winds.  On the water at Frankston with James and Stuart at 7 a.m, well powered on my Lithium 9.   The wind was around 20 knots and the bay surf was nice.  I did one backroll with my hands close to the centre of the bar.  I made it around with the kite pointing the other direction - but it didn't loop. 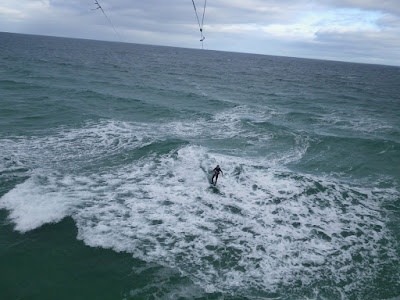 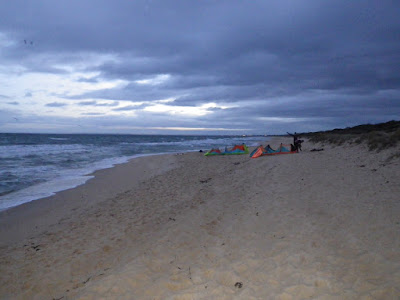 I was enjoying surfing in then along the break, followed by a longish run back out upwind.

Stuart then suggested we do a tour towards Mt Eliza so off we went.  Past Frankston the wind picked up to close to 30 knots. Even with my kite fully de-powered the kite I was almost over-powered.  It was a long tack down past Mt Eliza to Mornington. When we got there the wind was blasting in, so we headed back.

I was initially getting pulled off my line downwind and was contemplating heading for a beach and bailing out.  I fought the kite around upwind and was able to get a good tack, but I was close to "the redline".  Big swells rolling it made it hard to hold and edge too as I popped over them.

We made it back to Frankston and noticed once again there was less wind there which was nice after all that excess power.  My hands were cold and numb.  I did a couple of short runs in the bigger surf then self landed by flagging my kite onto the single line.

On the way back I dipped the board into the water to get the sand off it while I was carrying the kite and pump.  Mistake!  A shore break wave caught the board and flung it into my chin.  Ouch, a hard hit.  Lesson learned: concentrate when rinsing the board and use both hands . . .

Back at the car I noticed my chin was cut and bleeding, so I headed home without delay.   The cut was small but deepish so I ended up getting it glued by a local doctor.

This didn't detract from the session though - it was marvellous! 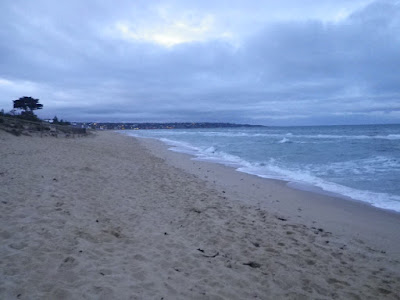 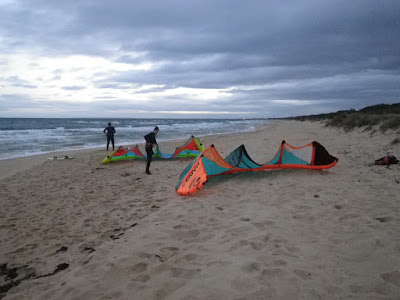 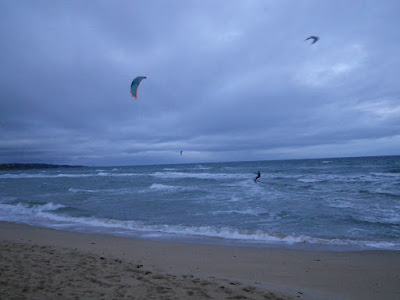 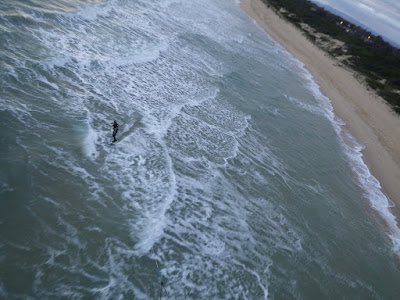 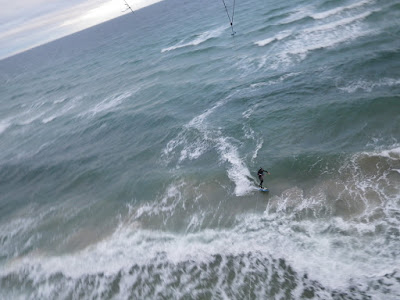 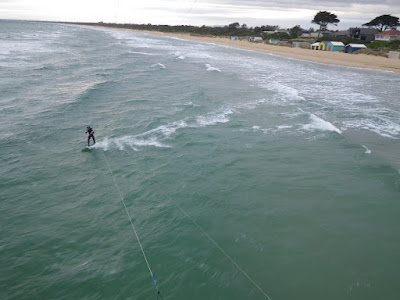 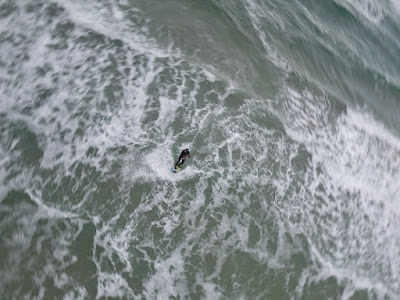 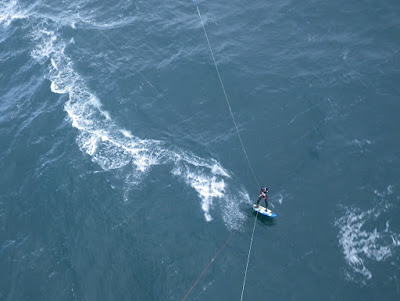 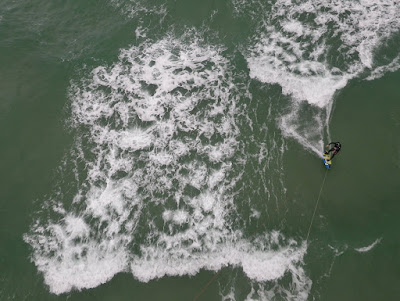 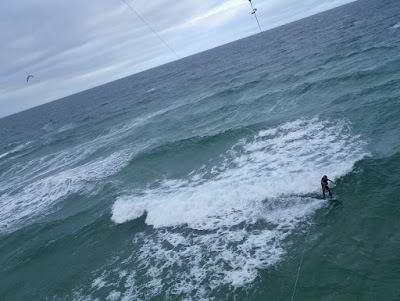 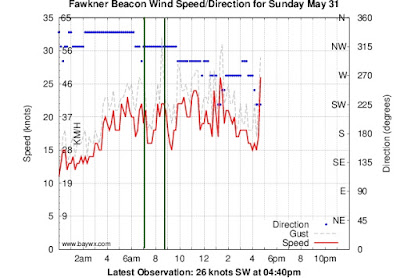 Posted by Peter Campbell at 4:37 pm