Session 334. Gnotuk delivered again.  I pumped up my 12m kite in about 15 knots then the wind increased just as I was about to connect the lines, so I put it away and got my 9.  I was well powered on the water - the wind was solid and dense. 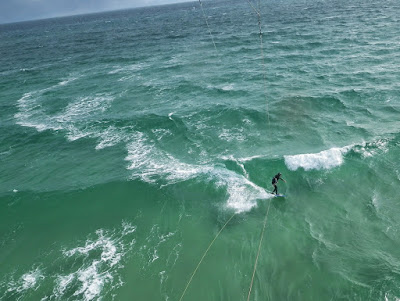 A backroll kiteloop went wrong again and I crashed hard.  Talking to Stuart afterwards, maybe I'm not placing my hands together on the bar to minimise turning the kite . . .

I was able to manage the wind strength, but I was getting pulled off waves as I couldn't get depower the kite enough to surf them.  I swapped the Lithium 9 for my Crossbow 7 which was much better. Combined with the marvellous North Nugget board I could still go upwind with ease, but I was able to ride and enjoy the waves.

Mike was having some good runs too but was also feeling overpowered.  Stu and Grant came a bit later for some windsurfing.

I was watching another kiter who was stationary a fair way out, then he started body dragging in.  I kited over to him - he said he had lost his board.  I did a couple of runs out and back looking for it but the big swells prevented me seeing it.  Memo to less experienced kiters: don't go too far offshore until you are confident you can hang on to or recover your gear. 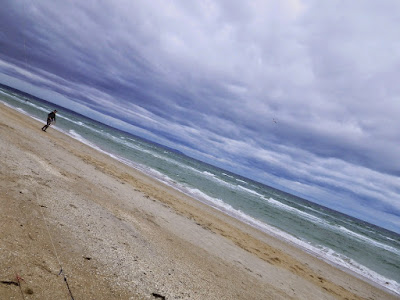 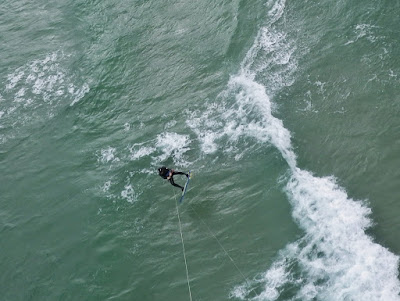 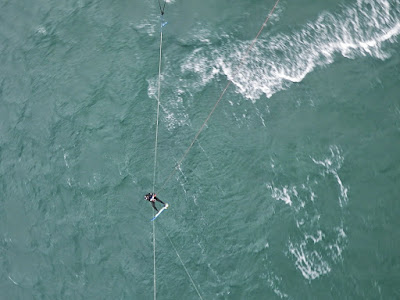 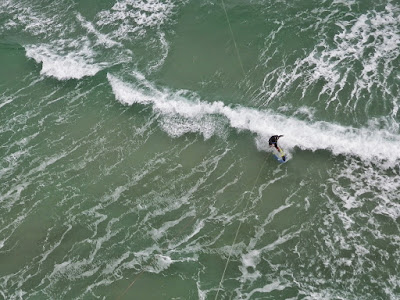 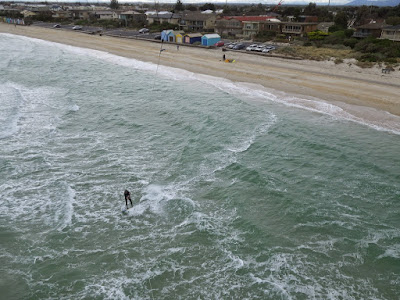 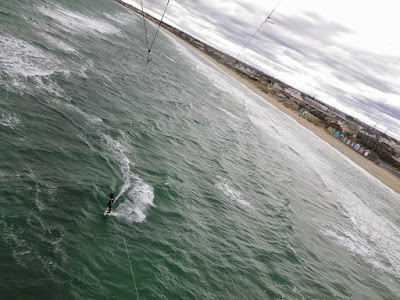 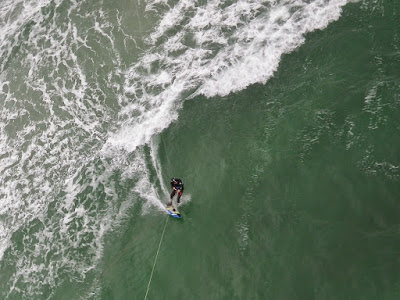 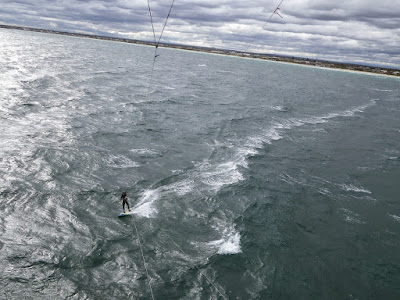 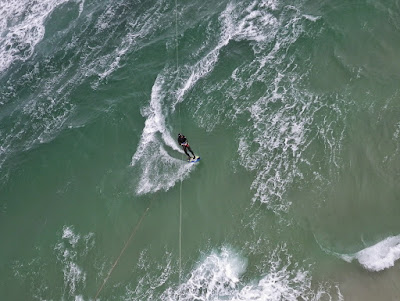 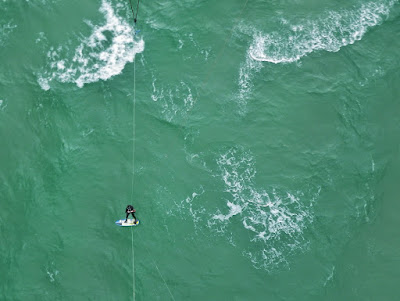 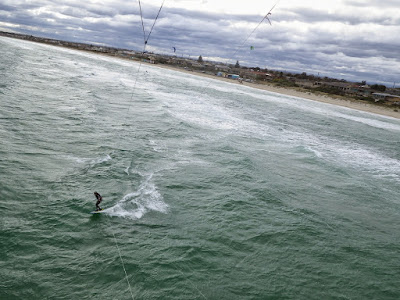 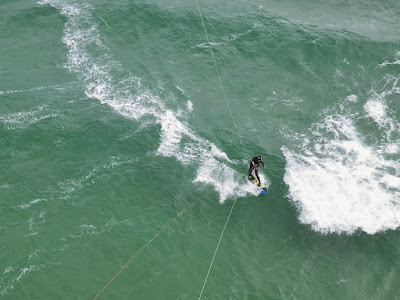 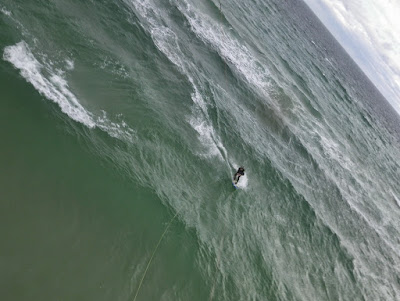 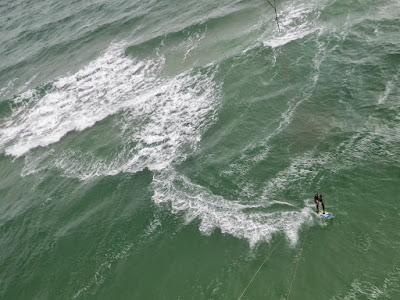 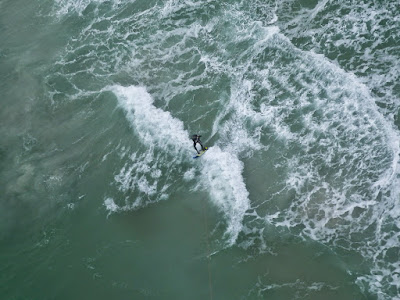 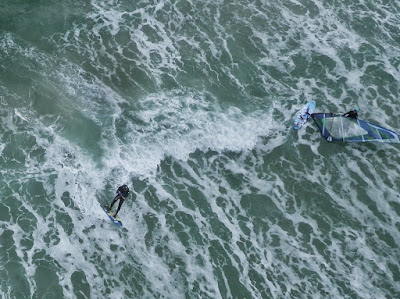 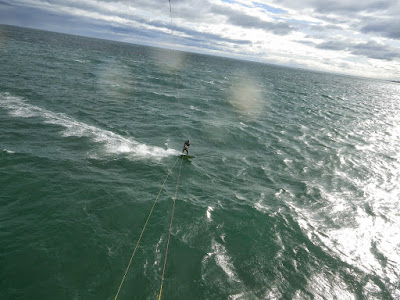 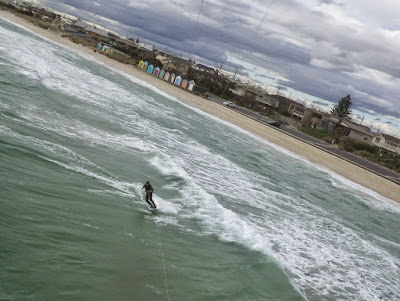 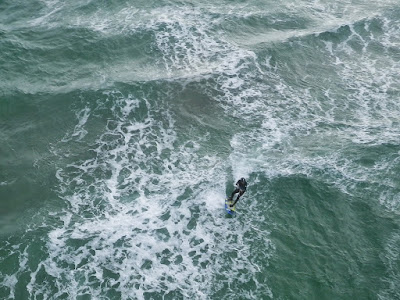 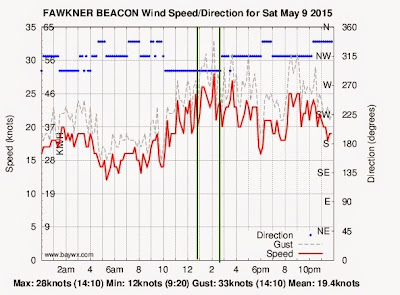 Posted by Peter Campbell at 8:38 pm