Kitesurfing Brighton in north westerly with several foils out

Session 382. Watched the wind during the day as a northerly came and went.  Later in the afternoon it swung to NW and increased so I headed to Brighton, getting on the water at around 4:30.  There were about six other kiters out, three of them on foil boards and having a good time. 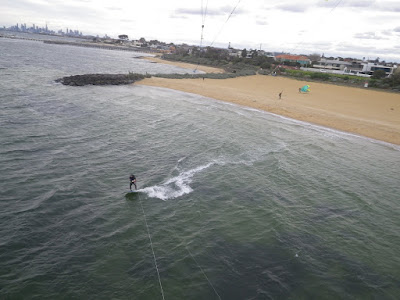 I was well powered on the Nugget and my Union 10 for several runs tacking up towards the Brighton Baths and the marina, dodging the two nasty hard to spot reefs.  I did some nice jumps - the Union likes to fly - and some downloop slalom turns to get back.

The wind softened a little so I swapped my board for the Sector 60 and did some cruising. It was slow going out into the chop which the foils slice through then very fast on the way back.

The water was not too cold and the sunshine was nice, with great views across the bay and back to the city.

Looks like I am going to have to put more time into using my foil board - these conditions were perfect as the swell was small and there was no shorebreak.  Next time . . . 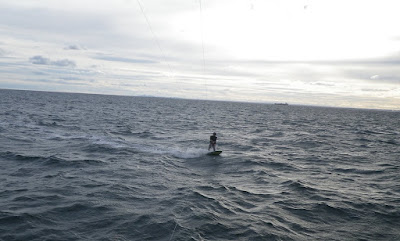 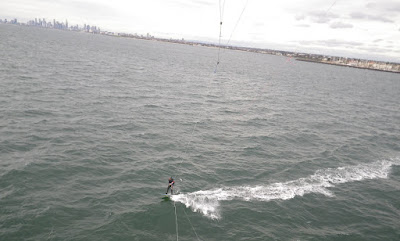 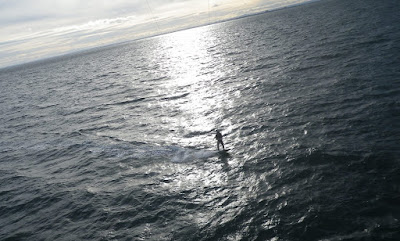 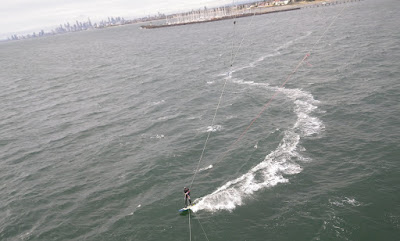 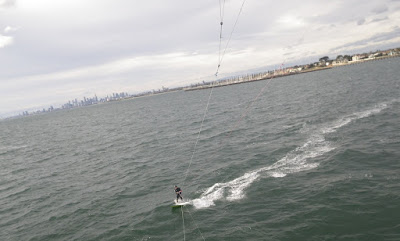 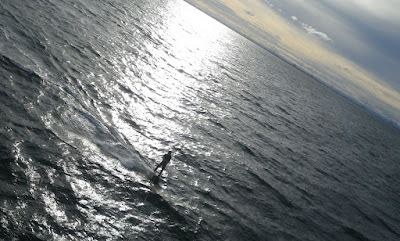 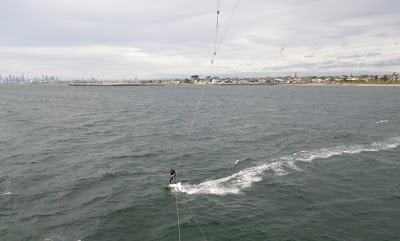 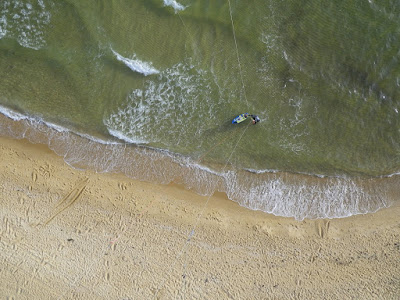 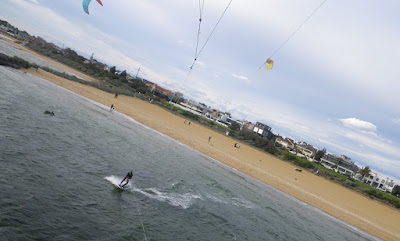 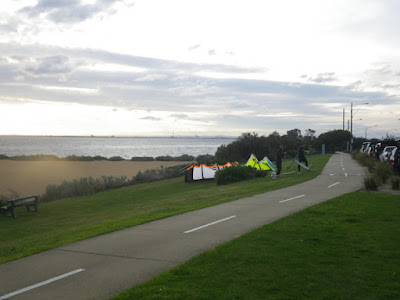 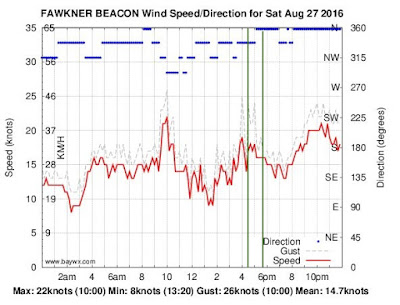 Posted by Peter Campbell at 6:39 pm