Some wind on the East coast! We headed up to Bicheno and stopped for a look at the Blowhole.  We were lucky to see some whales were breaching far out to sea.  There wasn't much wind about so we continued up the coast as far as Sneaker Bay where there was a good beach.

There were some good waves and the deep water was dark blue.  A couple of kites were down in the surf, it seemed that nobody was ready for the downwinder.  I sensed the wind was dropping so I headed off, glancing back nobody followed.

There was a rocky section of coast were swimming in would not be fun so I stayed out of the waves and concentrated on keeping a good line towards Diamond Island. It was a relief to make it the beach then the sand isthmus that connects the island to Tasmania, but the wind dropped out there.

I landed the kite and looked at the endpoint about 600m along the beach, still no signs of the others.  The wind picked up so I relaunched my kite and continued to the end of the tour.  There were some bigger waves closing out and not enough wind for more kitesurfing so I landed, very happy to complete the downwinder.

I packed up my kite and returned to the beach for a look - kites were coming in the far distance!  They all made it to the island beach (just).  I walked over to say hello and then back to the car.

This downwinder was one of the highlights of the trip for me. 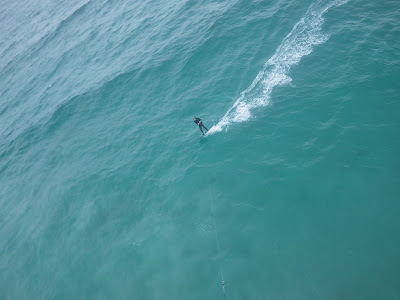 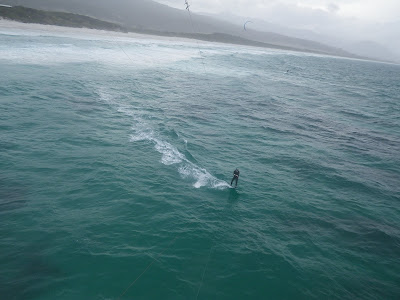 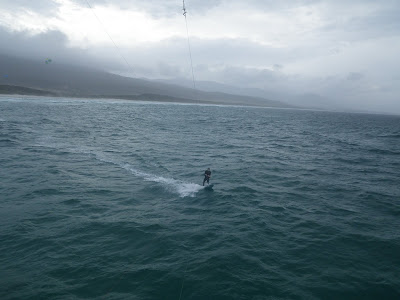 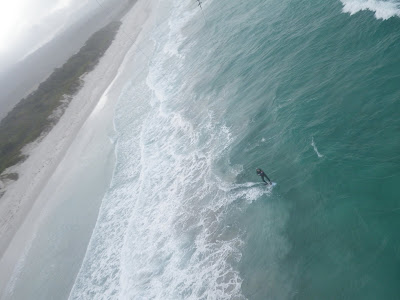 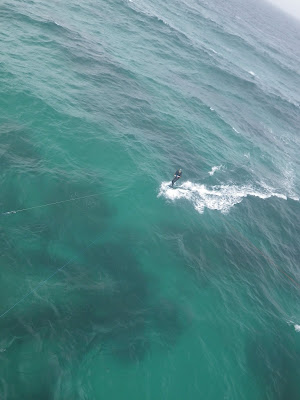 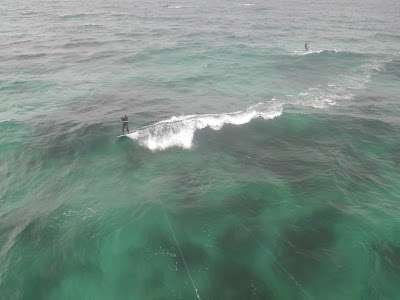 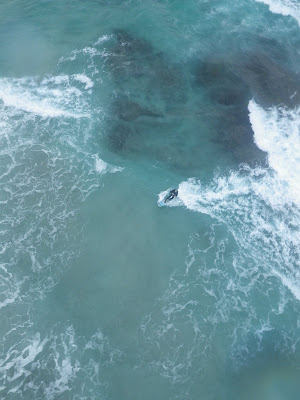 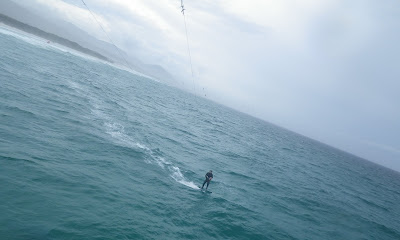 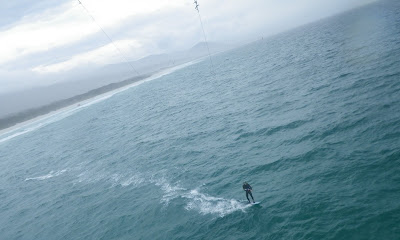 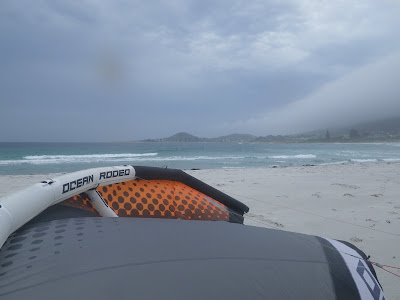 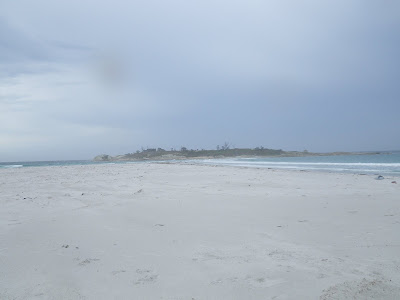 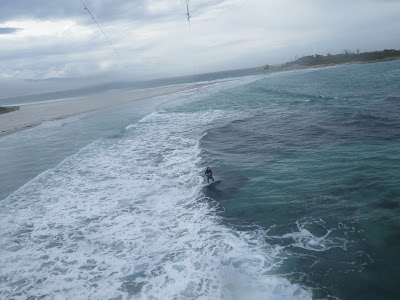 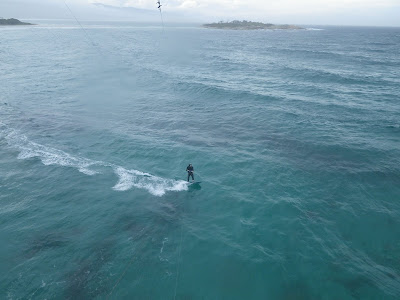 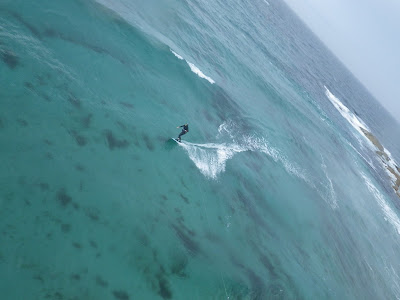 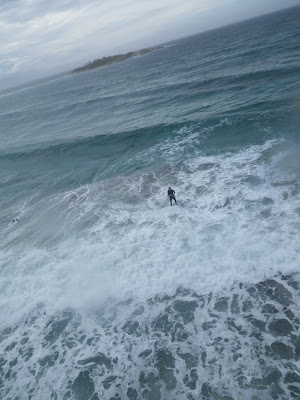 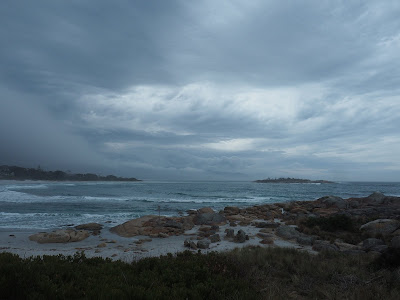 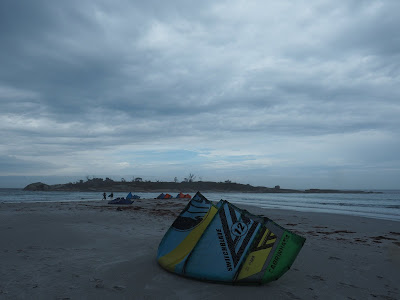 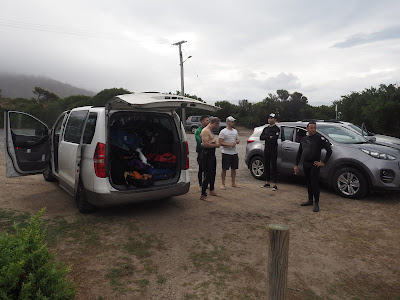