Session 438. Third and final session of the day - completing the trifecta!  After a souvlaki for lunch in Mentone I drove to Point Leo to meet Stuart W hoping for some kitesurfing on waves.  Point Leo is a quiet location with a good campground that was very quiet.  There was hardly anyone around and nobody on the beach.  I chatted to a couple of lifesavers who were sitting in a buggy on the beach.

There was good wind.  I cruised out on Union 10 with plenty of power.  I headed to Second Reef where waves were forming, avoiding a couple of surfers who were close to the shore.  This reef can open up as treacherous rocks I was cautious.

I then tacked out to Suicides at the point.  There were some good size swells but they were close to the rocks so I headed back to Second Reef.  Stuart was on the water by then.  We cruised around finding some occasional swells and waves but they weren't big.

Then we headed further west over to The Pines at Shoreham.  The reef break there is very consistent but again the waves were not big. 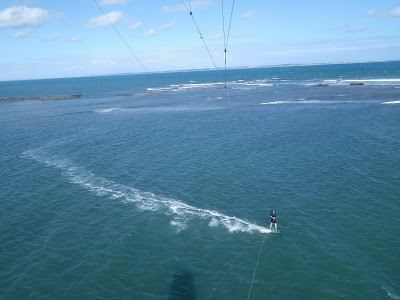 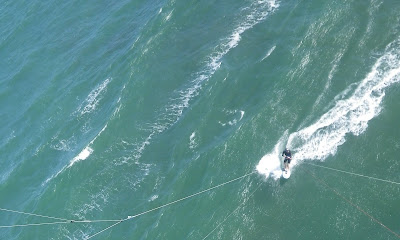 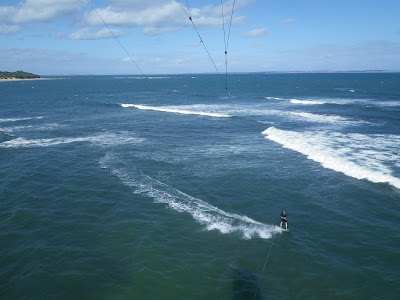 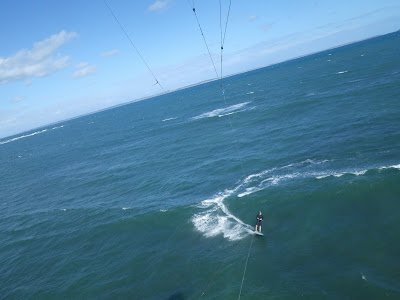 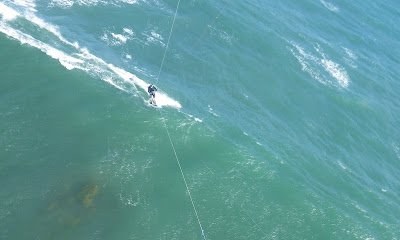 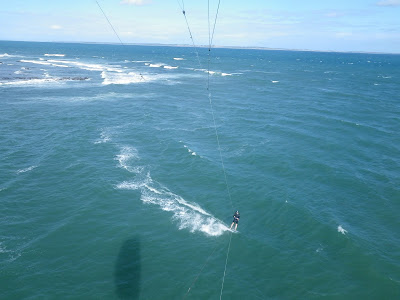 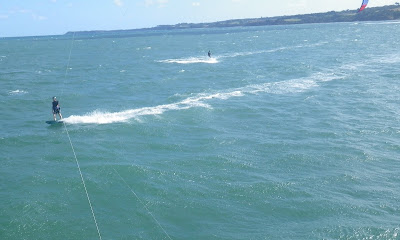 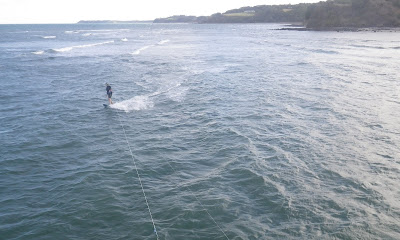 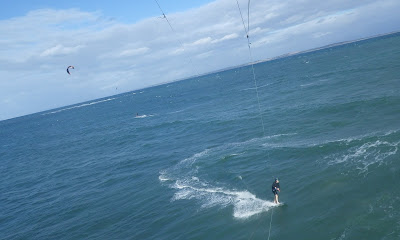 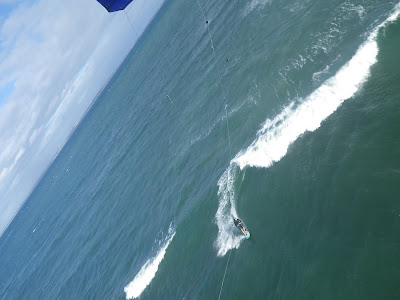 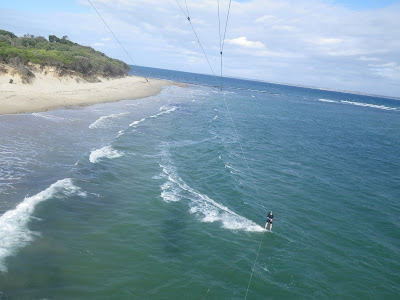