Session 439. Hampton delivered!  A strong southerly came in late afternoon. I headed to Hampton with Stu Styles.  It was cranking when we arrived with about 8 kiters out in the bay surf.  First time I to try out my Airush Wave 6m kite, at last . . .

I had plenty of power to get out and about, and like its name, the Wave was really good surfing. I was able to enjoy riding waves and not get pulled off them.  The kite turns nicely and drifts down the line well.  I had it fully powered for the entire session.  I tried some jumps, it doesn't boost like the Unions but that's OK in strong wind.

It was a bit crowded at Hampton so I toured down to Green Point where a good surf was rolling into the beach and along the reef at the point.  I did three runs through the waves, with the kite performing really well.  I got my money's worth with this one session!

Heading back, the kite went upwind well too.  I get back to Hampton with only a couple of tacks.  Stu was on the beach and said he was maxxed out on his Union 8.  He took the Wave 6 out for a short surf and really noticed the difference, riding waves coming back in.

Wow, just wow.  Hampton and Green Point are so good when the wind hits the magic 30 knots. 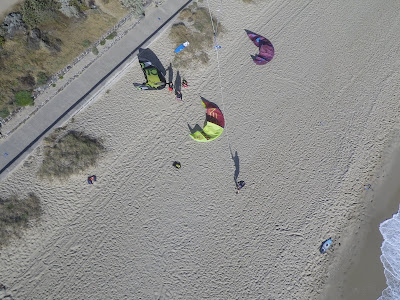 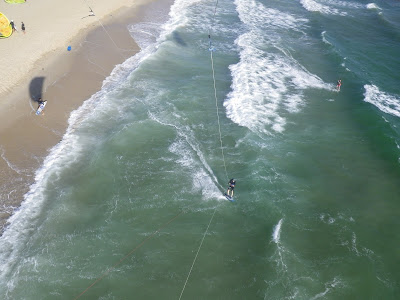 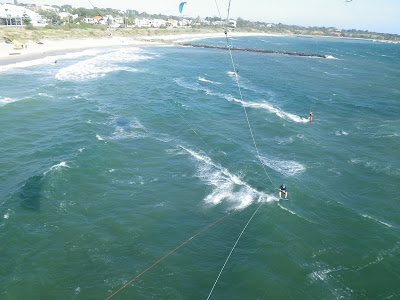 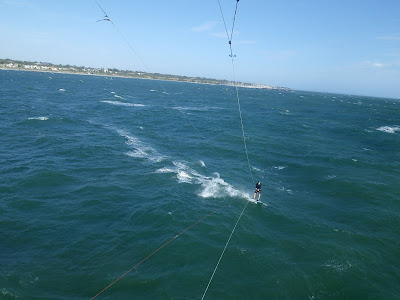 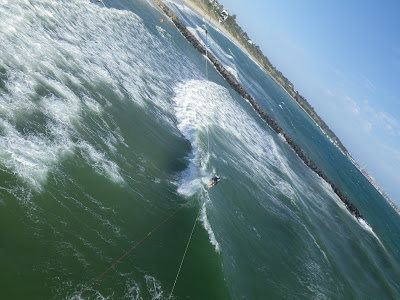 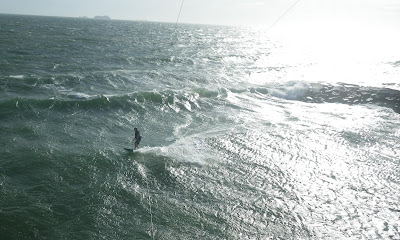 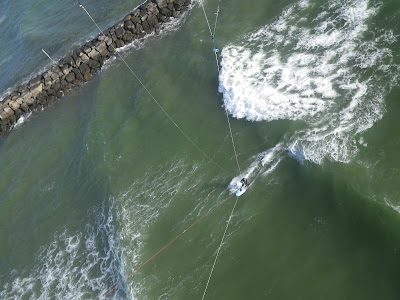 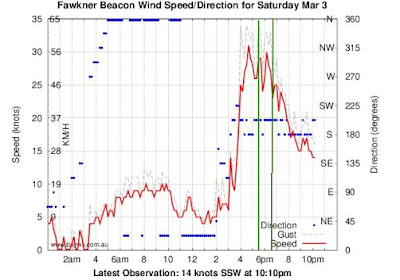