Upwind from Hampton to Black Rock 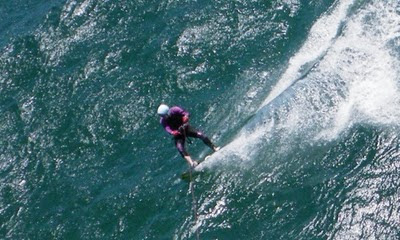 Close up kitecam shot
Kite: Switchblade 14m
Location: Hampton
Wind: 23 knots SW
Duration: 1:30 to 4:00 - 2.5 hours
GPS log
Max speed 44.0 km/h
Trip odom 47.3km
Time: 2:45
Average speed 17.1 km/h
The wind picked up in the early afternoon, and Lena and Chloe were keen to visit the beach. Chloe was keen to try out her new scooter, and Sam (the dog) was desperate for a walk.
It was about 15 knots when I arrived so I rigged up the 14m kite, and fitted my Pentax Optio W80 in the purpose built cradle I get from Seabreaze. The camera takes photos at intervals - I have set it to 15 seconds and keeps on firing.
There were a few small whitecaps and the kite was well powered up so I headed out for a long run to gaze at the city, then back to the breakwater. A run past a couple of moored boats on the flat water, then back out. It was easy to go upwind so I decided I would attempt a small tour to Black Rock.
I came into the small surf a couple of times, suprising sunbathers on the beach, and after a few tacks made it all the way up to Half Moon Bay. There was a bit of flatter water behind the rusting nearly submerged Cerberus wreck. I did a few jumps, but was mindful of not dunking the kite.
Heading downwind on the way back was fantastic, heaps of speed and well powered up. The wind speed had increased to a bit over 20 knots. I was practising slalom moves on the ways and skipping over a few too.
Rounding the breakwater I did a fast run in behind it then augered in and crashed the kite. There was not enough wind to fly it well so I ended up ditching it and swimming back for my board. I got going again, did a few more jumps, then came in to shore.
The beach was a buzz with kiters by now, all grabbing some wind while it is there.
Overall, a great session. Covered a lot of distance, landed quite a few good 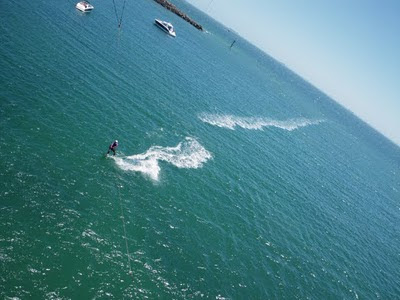 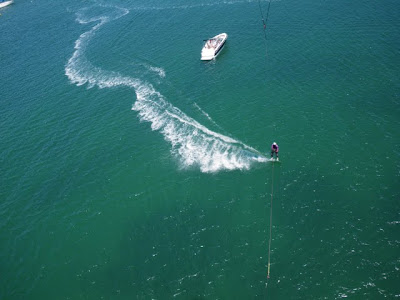 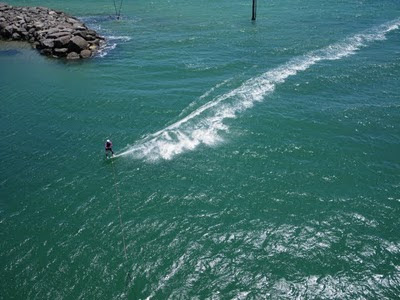 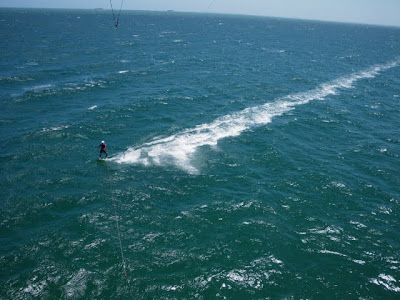 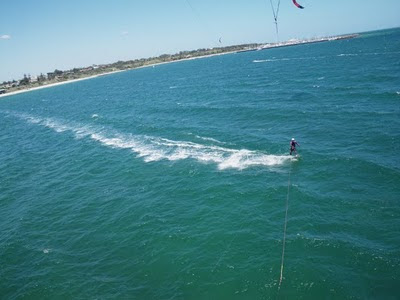 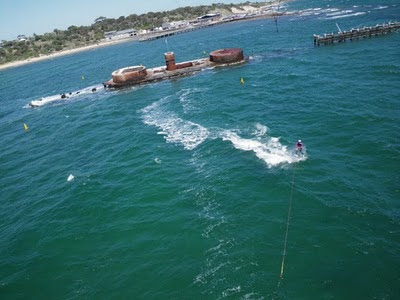 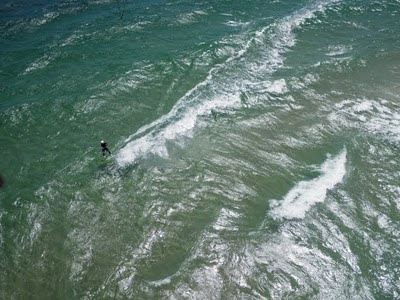 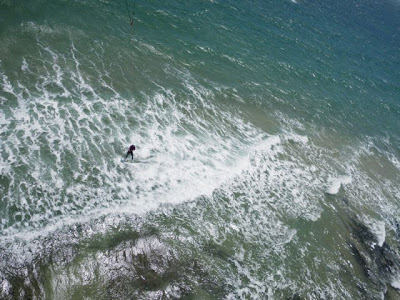 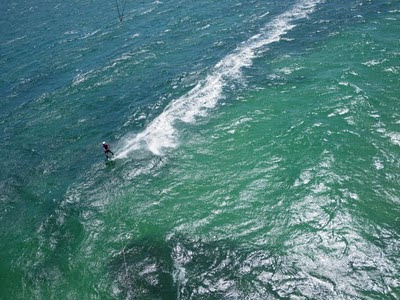 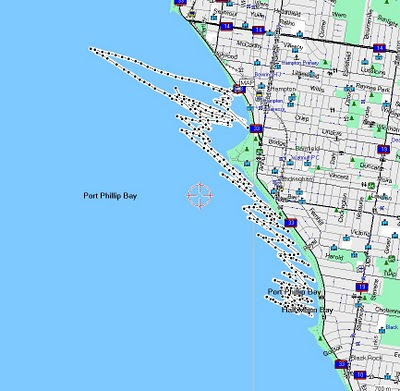 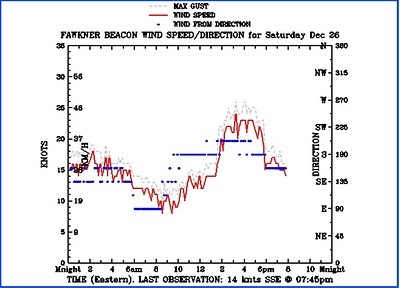 Posted by Peter Campbell at 8:13 pm