Late afternoon at Hampton in the evening light

Some good wind was forecast for the afternoon so Tarren, Stuart and I took our kiting gear into town hoping go kiting after work.

We arrived at Hampton at about 5:30 with very little wind, but it was nice on the beach. The late afternoon sun was yellow, the water was clear, and we had the beach to ourselves.

I flew my 14m kite on the beach for a while waiting for the wind to pick up. Eventually it did a little so I did a couple of tacks then walked back. Stuart and Tarren both had a go of the 14m kite too, and were able to stay upwind better, being lighter.

Then it came in stronger so we all headed out. The wind was better off shore so I headed out for some fantastic views back to Melbourne, with the yellow sunlight illuminating the shore and the city. The air was clear due to the recent rains so the You Yangs and even Portarlington were clearly visible. I didn't see any jellyfish either.

I was trending downwind then it picked up to around 20 knots and I was able to get upwind back to the beach and even managed a few jumps. Heading back out the wind dropped again so eventually I came in downwind at Middle Brighton beach, dodging a few fishermen and then landing my kite on the concrete walkway.

I deflated the kite and walked back, tired but feeling good. 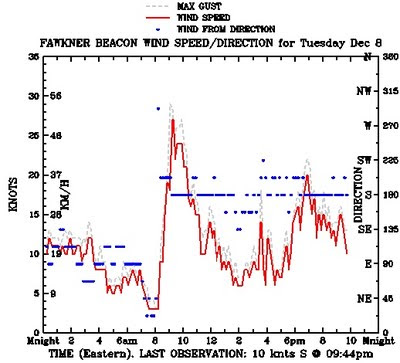