Jumping in a strong northerly at Brighton

After a great ski trip at Mt Hotham last weekend it was great to get on the water. It was almost crowded at Brighton. The northerly was strong and consistent, and gathered strength during our session.
Stuart and I went upwind to get some flatter water near the breakwater of the marina. It was fast and furious at times. I did quite a few jumps, as you can see from the photos, exercising some caution to avoid ditching the kite and a long swim back in.

I did my first good jump transition today too! It has taken awhile to get it sorted. Resetting the board in the air helped a lot - similar to how you do a direction change - and having enough power to do a small jump and hang. The tricky part is getting enough air when you cut off all your speed, then resetting the board and flying the kite back the other way. Nice!

It was rather crowded just out from the beach. Some kids were getting about between kite lines while people were launching. Not good. I told one lady to keep her little girl out of the way and upwind.

I had the Switchblade 10 fully depowered for the whole session, and end up almost overpowered. One guy was pumping up a 12. I advised him to fly a smaller kite. He came back in after a few runs and got his 7.

The were some guys getting big air right next to the beach, and doing a kiteloop to land it. Spectacular, but the water is shallow . . .

Stuart got some more pictures for our kitesurfing handbook on rigging lines and some gear shots too. 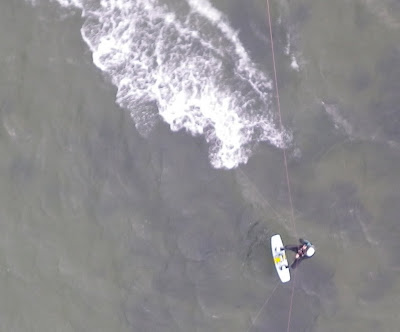 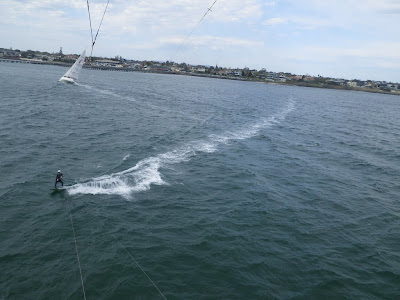 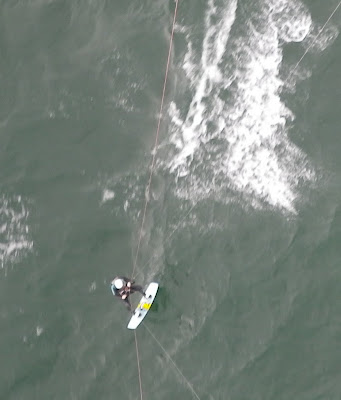 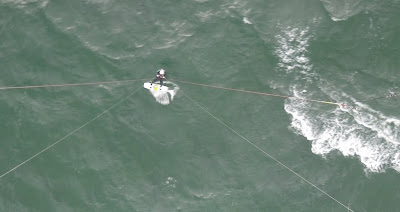 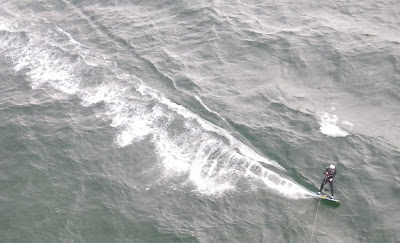 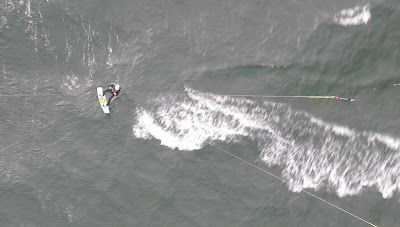 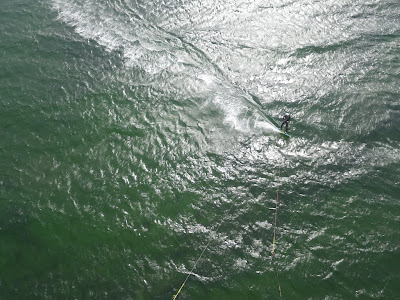 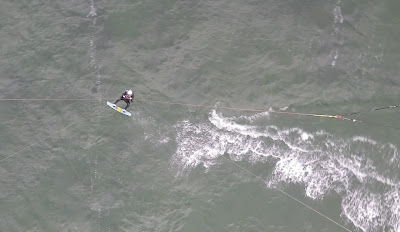 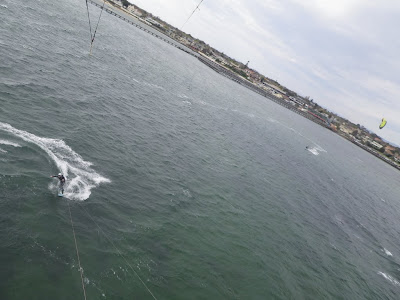 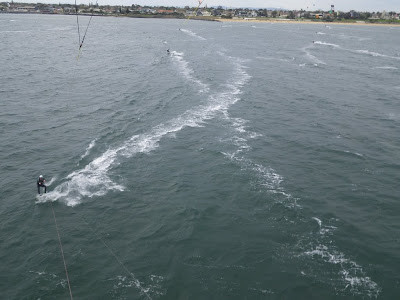 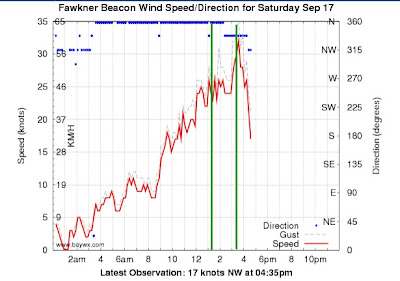 Posted by Peter Campbell at 6:12 pm