Good wind at Mentone and my biggest jump to date


Great conditions and Mentone today.  A strong and consistent South Easterly created a small swell.  I did some very big/high jumps launching off steep waves and boosting up.  Landed all of them nicely too, apart from one big pendulum towards the end of the day.

A strong gust plucked my skyward when I launched of a steep wave taking me to great heights (over 5 metres at least).

Its a bit weird on a big jump.  Everything goes quiet as you go downwind and the water looks a long way away.  The Switchblade 10s flight is very predictable though.

I travelled upwind on several tacks almost as far as Mordialloc pier.  It was nice to cover some new areas.  It was fun on the rollers coming back in, and on the small surf closer to the shore.

On the way back I did some slalom "fast carves to toeside" followed by a "fast carve back to heelside".  There was enough wind to try several jump transitions too - some of which worked well.  I find its a bit difficult to get a lot of air once the board speed is almost nothing though.

There was only about 5 other kiters out so everyone had lots of space.  Ivan headed for Flinders earlier but I didn't have time to go there. 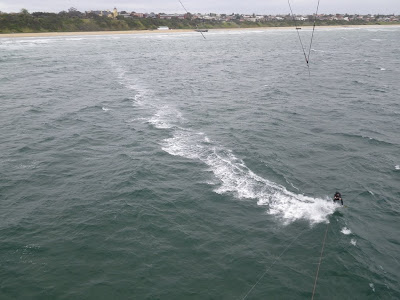 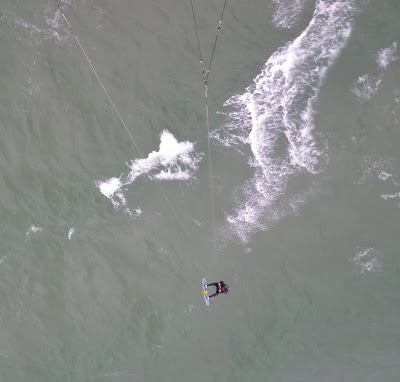 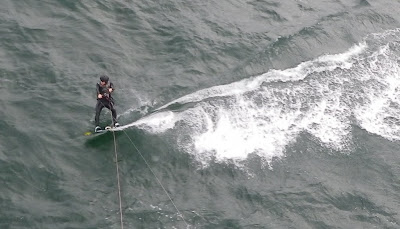 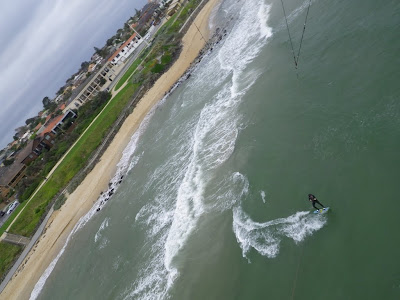 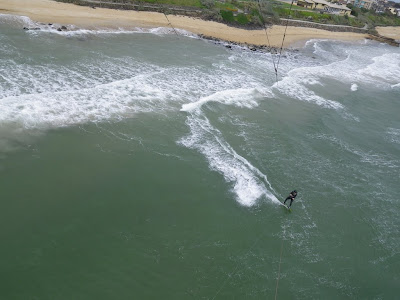 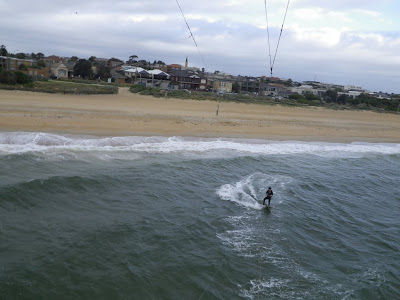 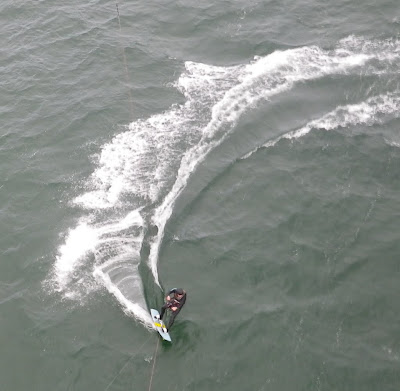 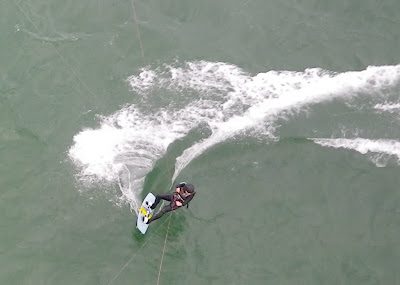 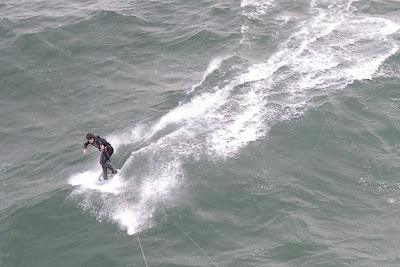 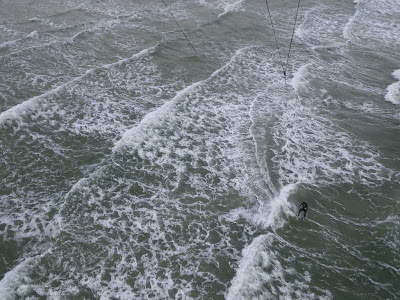