We booked in to the Cabin d'Argentiere for the last night it was open.  We caught the telepherique to the Grand Montet and had a wonderful ski down the the glacier.  Mark and I crossed and headed up the Glacier d'Millieu to attempt the route up the Aguille d'Argentier, the prominent peak on the east side of the Col du Chardonnet.

Once again it was hot climbing.  Our skins balled up badly too which slowed us down a lot.  We were following the tracks of a party led by Dan, a Canadian guide and his wife.  Mark decided to wait at the bottom of the final pitch - a steep headwall leading the a high col near the summit.

I pushed on, skiing over a small crevasse then dodging a small avalanche that come down the face just to the left of me.  The boot trial had been wiped out by small slides and skiers so I plugged on, breathing heavily to suck in enough oxygen to keep going.

I eventually got to the rock band but could go no further.  I was sinking to my thighs on foot, and the snow was sloughing away when I tried to ski up using skins.  It was frustrating to get within 50-100m of the ridge and not make it, but this is big and dangerous country.

Some early ascenders skied down and sent snow down to me, so I decided to bail and ski down.  It was difficult going down the chute. Grabby deep snow and steep, and I was very tired.  I skied down to where Mark was waiting and we continued down the long run.  I was struggling to do nice turns due to fatigue, but we made a rapid descent then skied back up a short distance to the Cabin d'Argentiere.

We later realised that the Norwegian skier died 3 weeks ago on the route up the Glacier d Millieu - swept away in a big avalanche.  He was found and dug out and carried back to the hut where a doctor tried to save him., but he died from his injuries. The weather prevented helicopters taking him out.  This occurred during the very bad storm and winds just before we arrived in Chamonix.

Andy and Heiko, our German friends, were there sunning themselves having skied a route of the Aguille du Midi in the morning.  They skied some very challenging routes, including the one we just attempted.

Simon showed up just before dinner having skied up toward the Col du Tour Noir, which he said was a nice route.

We had a nice chicken stew dinner and crashed out early for a good night sleep.  Ear plugs came in handy once again as there were a few snorers in our room.

Andy and Heiko got up early to tackle another big ski route prior to driving back to Germany in the afternoon.  We saw them early the next morning when we skied above the hut before heading to the Col du Passon.  There ski feats were inspiring.  And they saw skiers descent the Mallory Couloir from the Aguille to Midi too.  500m of 45 degrees, then 200m of 55 degrees, then an abseil down a shrund!  No fall skiing! 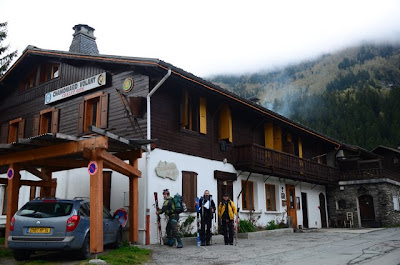 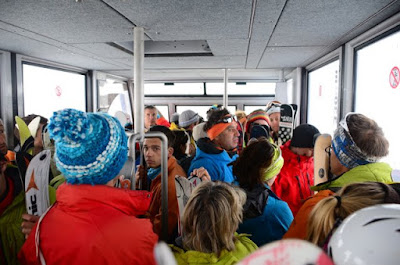 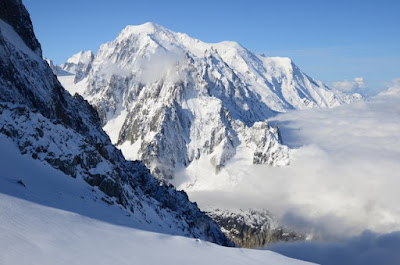 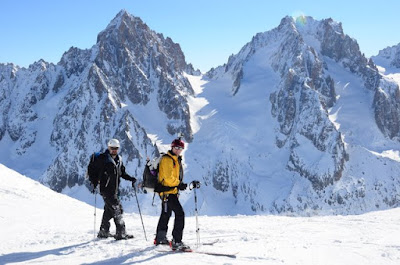 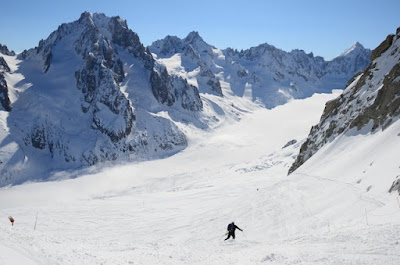 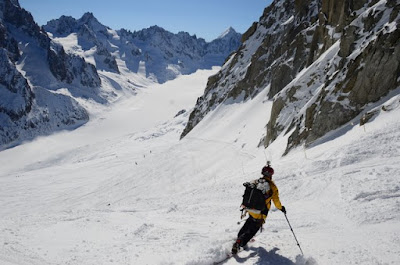 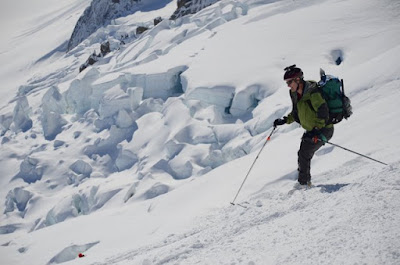 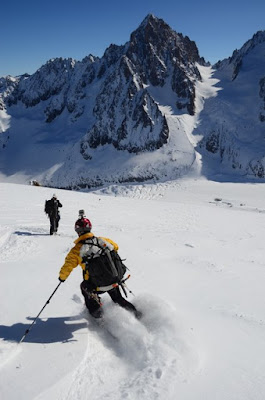 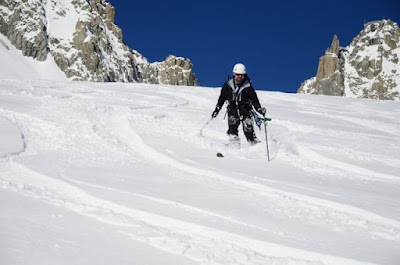 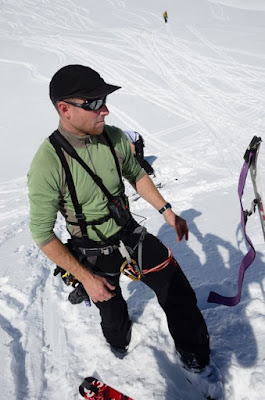 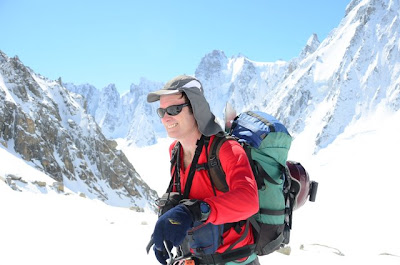 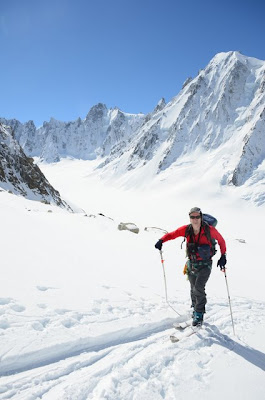 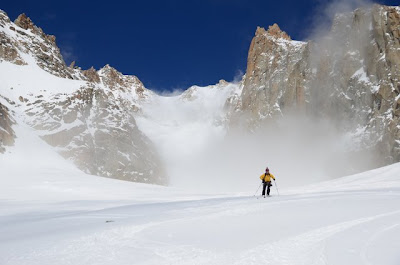 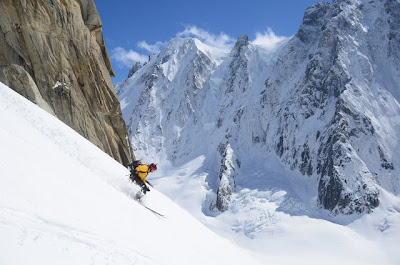 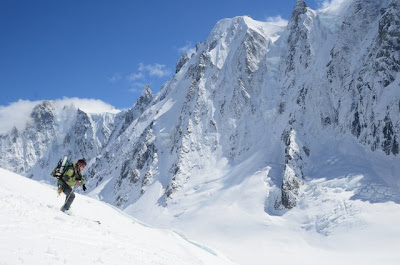 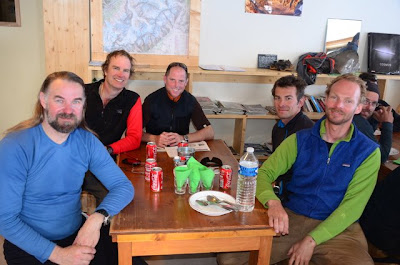 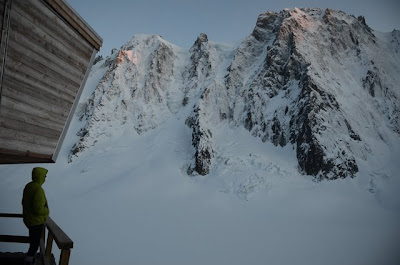 Posted by Peter Campbell at 8:55 pm