Kitsurfing self rescues at Hampton when the wind dropped out

Session 224. This was a really short session. I got down to Hampton after work to find a good sea breeze blowing and several kites out.

However, when I got my gear down to the beach the dropped out.  One kiter was a long way out, another coming in dropped his kite a few hundred meters off the rock groynes.  He soon floated in to the groyne and retrieved his kite, but the other kiter was much further out.

I watched him with a windsurfer from the beach.  We were wondering why he was staying in the same position.  Then the wind picked up but now it was coming from the east and so was offshore.

The kiter still in the water looked like he was in some bother, so I pumped up my kite and headed out.  The wind was OK but gusty.  As I rounded the groyne I saw him coming into the beach so I headed in and landed my kite.

I walked up to say hello and met Shaun, an experienced kiter. The wind had caught him off guard.  He was stationary for a while in the water because he swam back upwind to retrieve his board.  Then he wound in his lines (self rescue) and deflated his kite.  But he didn't leave one strut inflated and he didn't reseal the bladder so it a lot of water entered that bladder and the kite nearly sank.

He was concerned about the easterly blowing him offshore hence the self rescue.

Everyone was safe and no damage was done.  All is well that ends well!

My tricep muscles and the elbow in the left arm are still sore - too much kiting! So it was OK to have a short session - I need the rest. 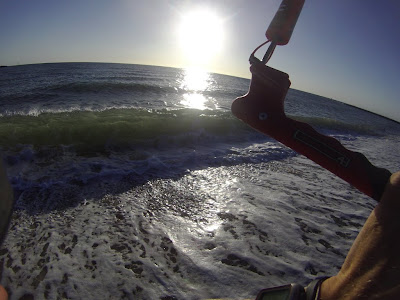 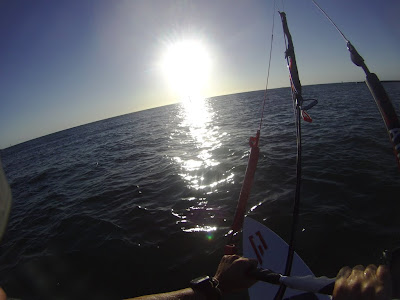 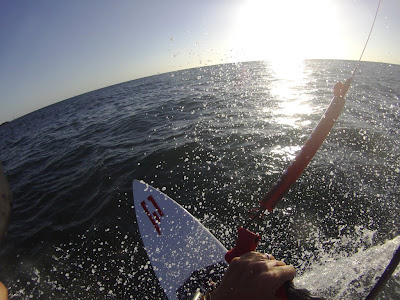 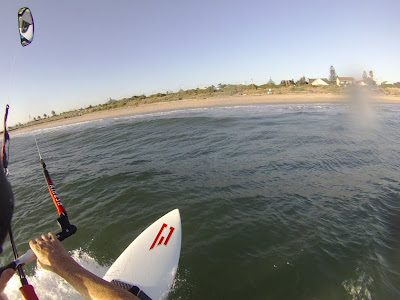 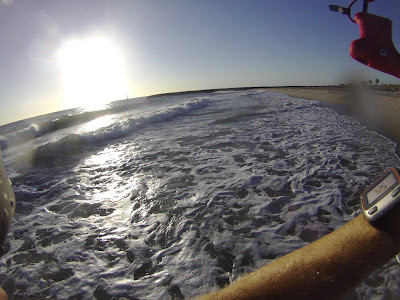 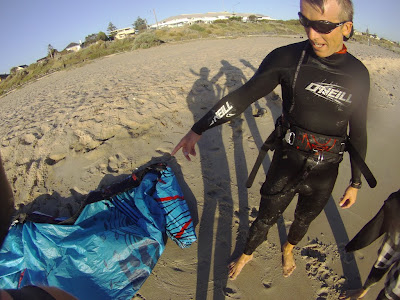 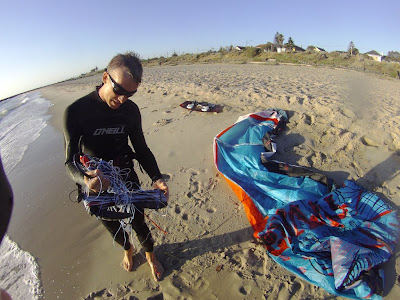 Posted by Peter Campbell at 9:20 pm