Session 258.  We got to St Kilda ahead of Melbourne's peak hour at 7 a.m.  The wind had just dropped from around 25 knots to under 20, but with strong wind at South Channel we decided to take out our medium size kites.  I was first on the water with my Lithium 9 and S-quad surfboard.  The water was cold and noticeably grey compared to further south in the bay.

Out past the breakwater the wind was good and a nice swell was rolling in. The wind picked up and I was nicely powered.  I did some nice jumps and get in close to the breakwater and onto the flat water behind it for some fast runs.  Coming back out, the waves formed nice ramps to launch off.

I cranked out a few downloop slaloms which were nice.  Tarren and Stuart were honing their tricks and James was having a ball.

After about an hour we came in and packed up to head into work.  All good things must come to an end.

A great way to start the day. 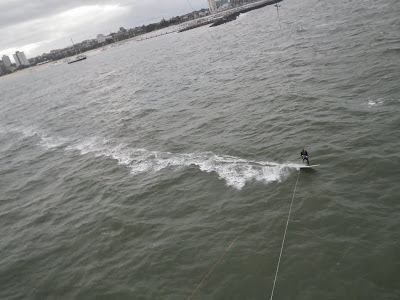 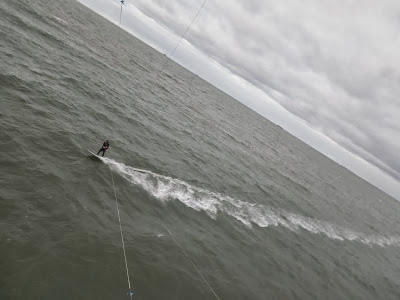 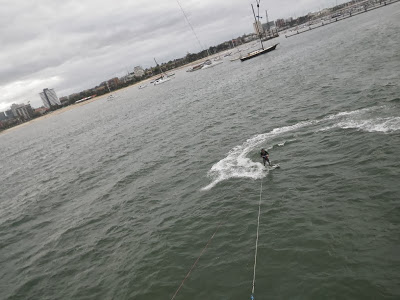 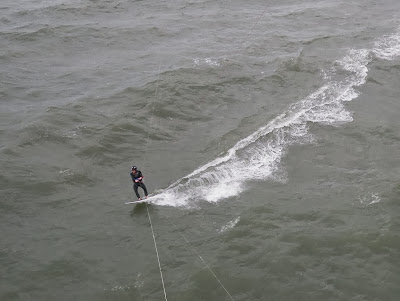 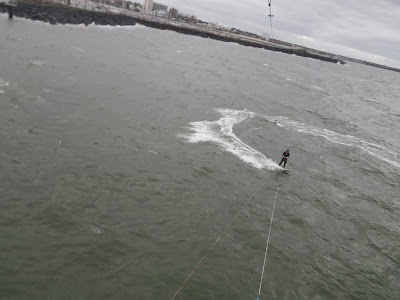 Posted by Peter Campbell at 9:38 pm