Session 289.  Sensational kitesurfing downwinder from Beaumaris to Port Melbourne.  I took my Lithium 9 as the wind was good.  After a couple of runs waiting for the others to get on the water I started surfing the rollers and came in close to the reefy shore.  I almost got stuck behind a rocky reef but just made it over it. 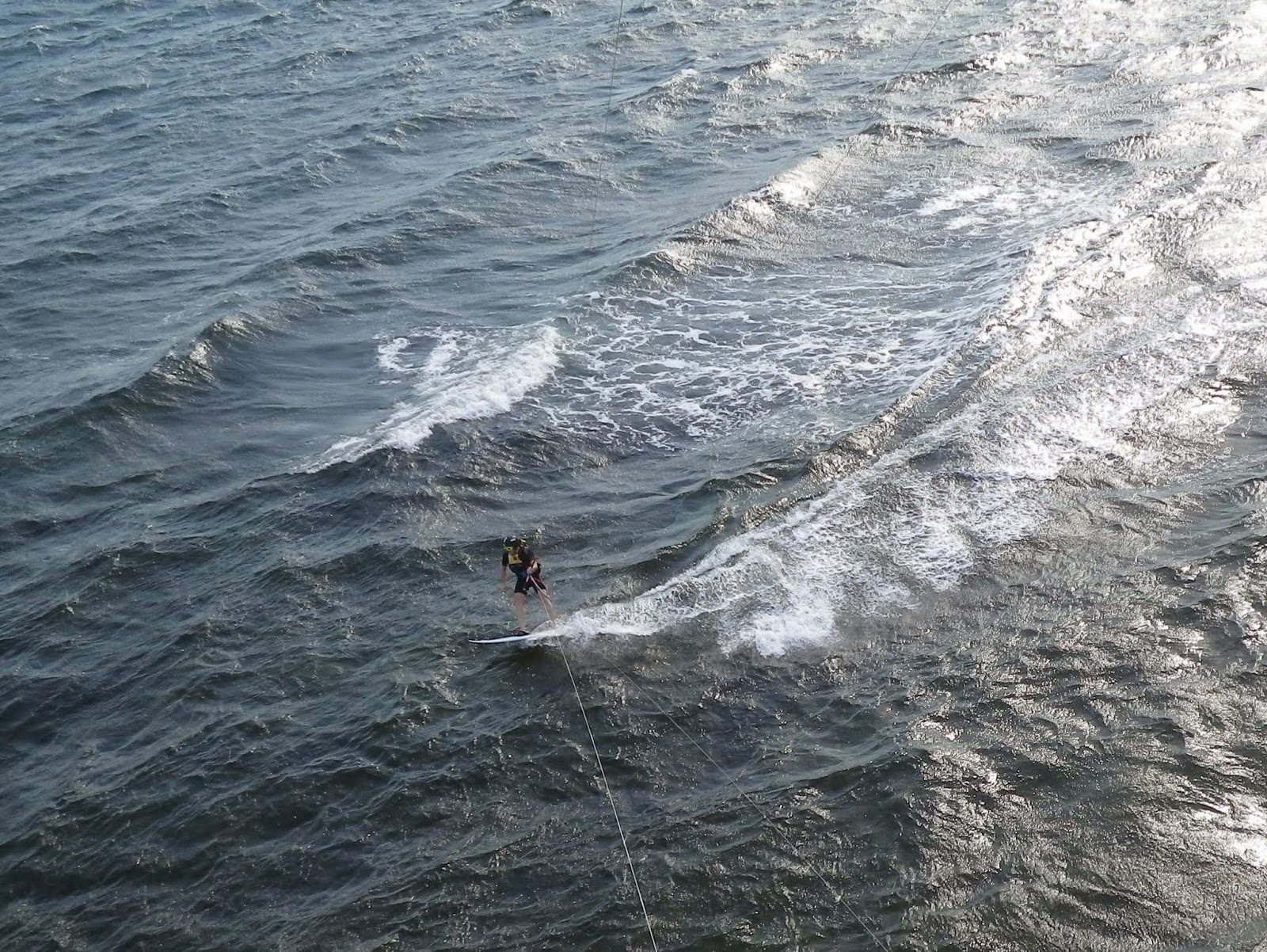 It was really nice to be on a tour again.  Coming up to the Cerberus was interesting as waves were breaking on the reef off the point. I scooted next to then behind the Cerberus and continued on.  The others were some distance behind.  Coming past the breakwater at Hampton was quite exciting. I did a couple of runs into Hampton beach but still they were a long way behind.

There was some good surf at Green Point but I stacked once and the board hit my right calf and corked it a bit.

It was chilly in my shorty wetsuit (should have worn my steamer) so I decided to keep going.  I did some slalom turns through the madding hordes kitesurfing at Brighton and continued on, getting some good speed up.  The surfboard is easier to turn and handle in the larger bay rollers than the Sector 60.

I arrived at Port Melbourne very happy to have completed the downwinder.  After about 15 minutes the others showed up. We jumped in the cars left and Port Melbourne and headed back to Beaumaris. 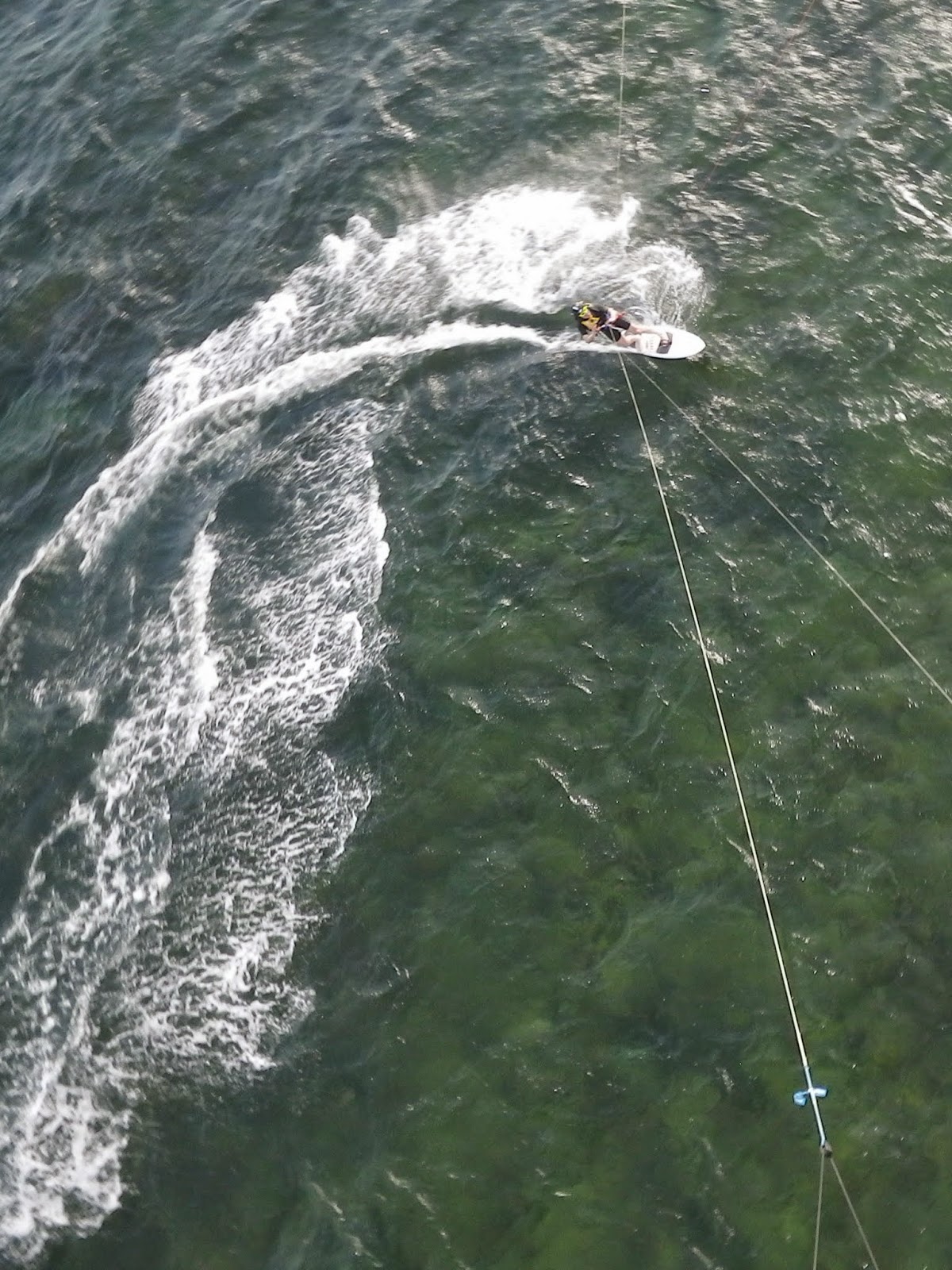 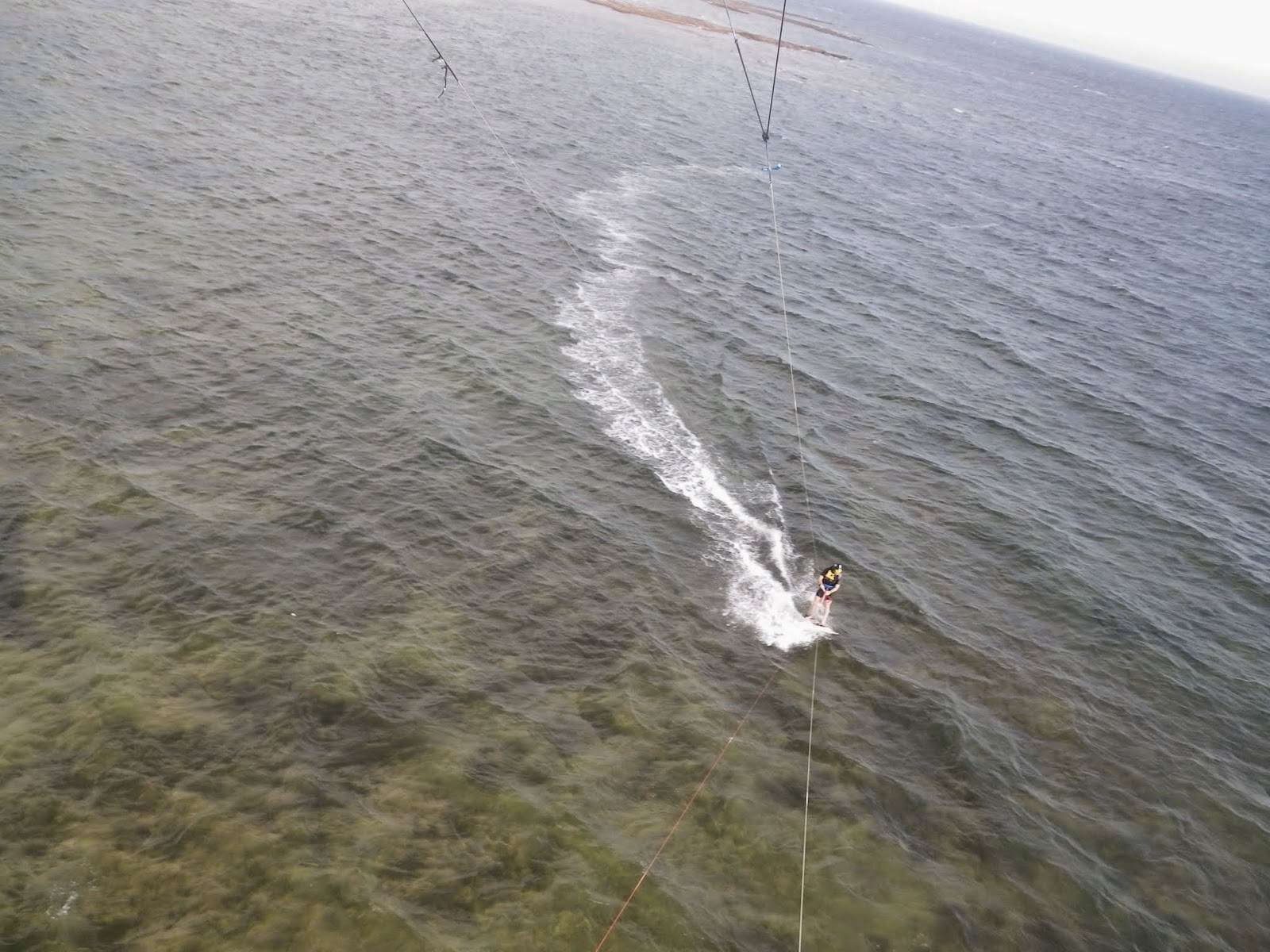 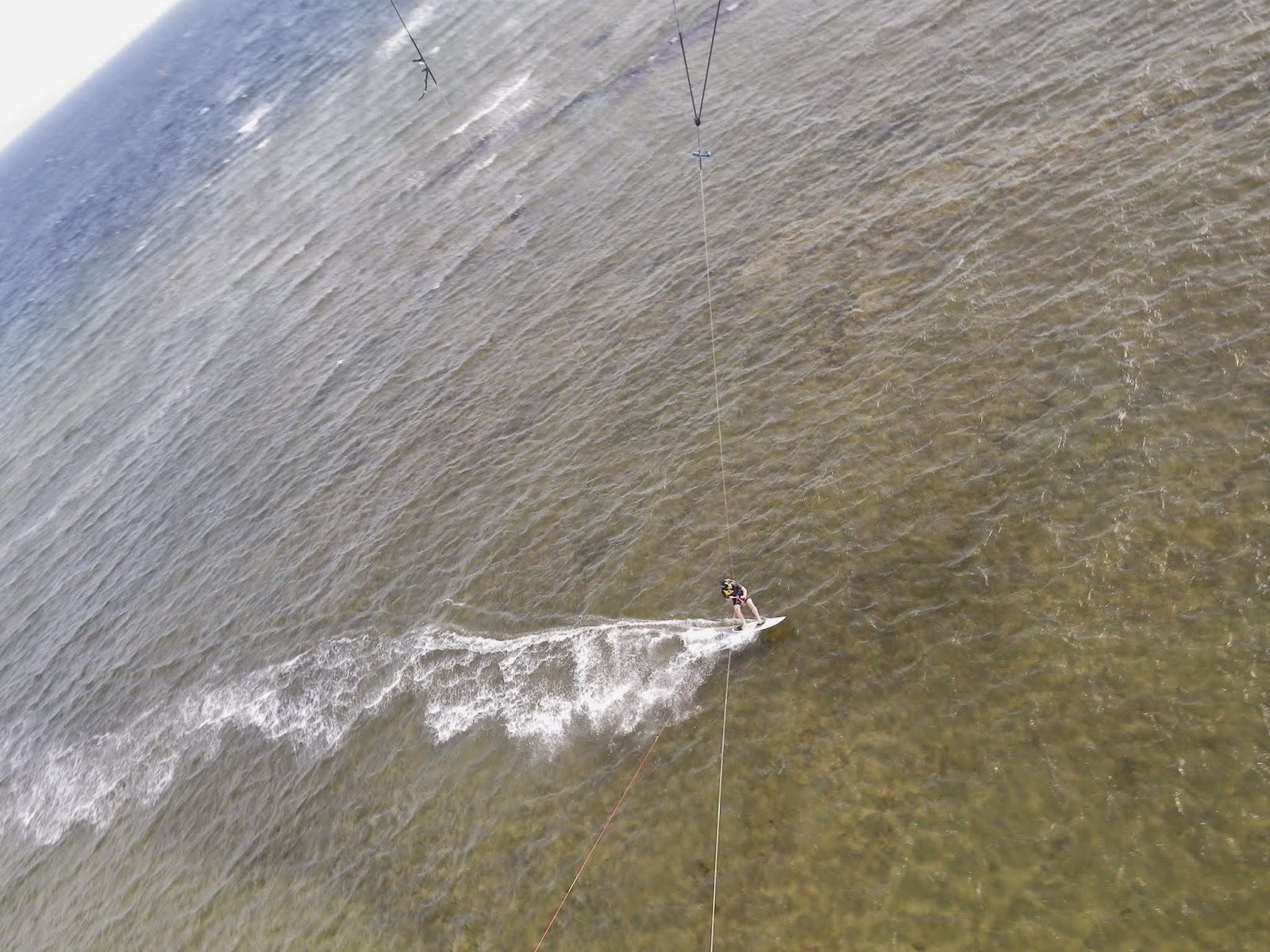 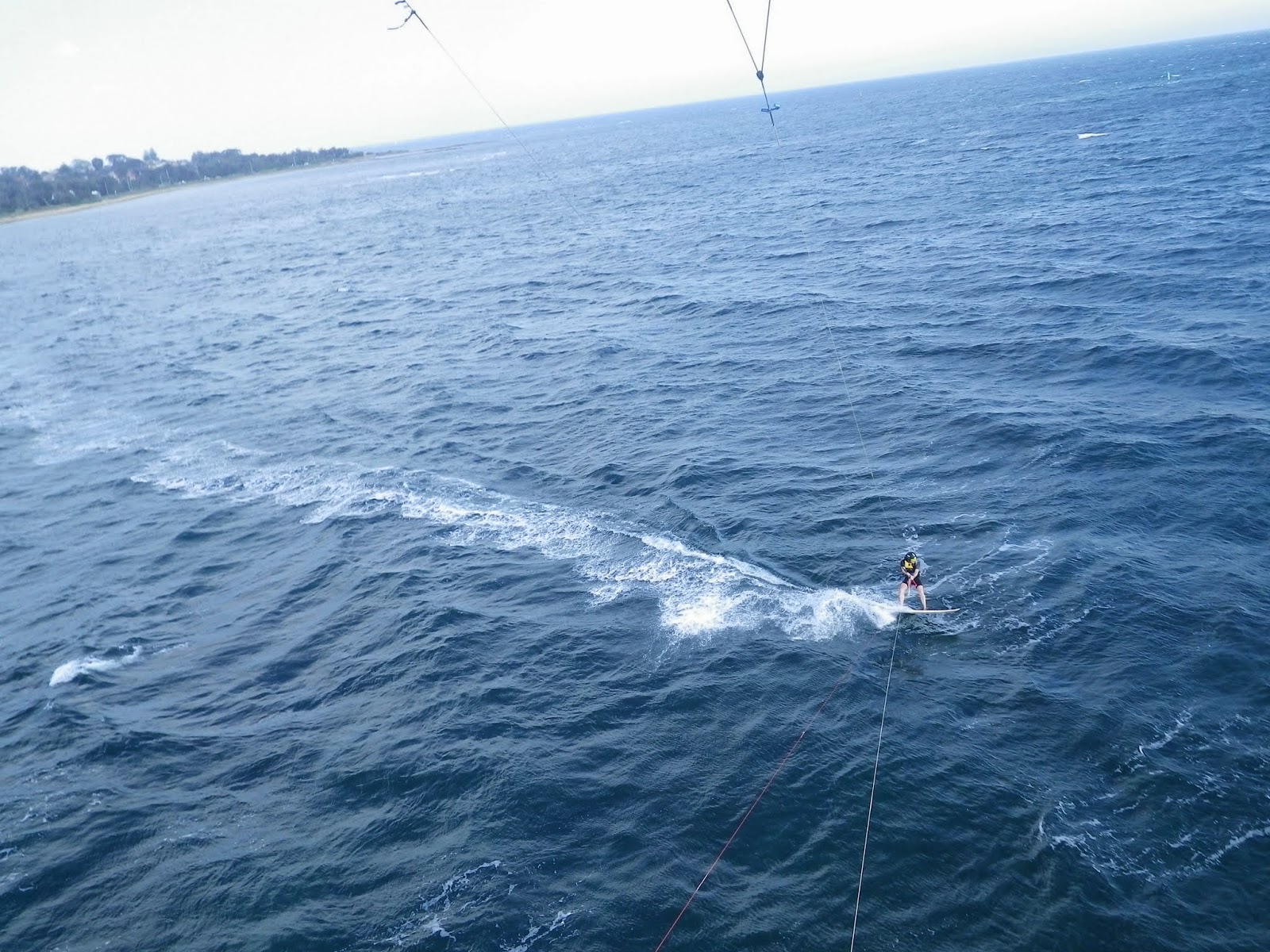 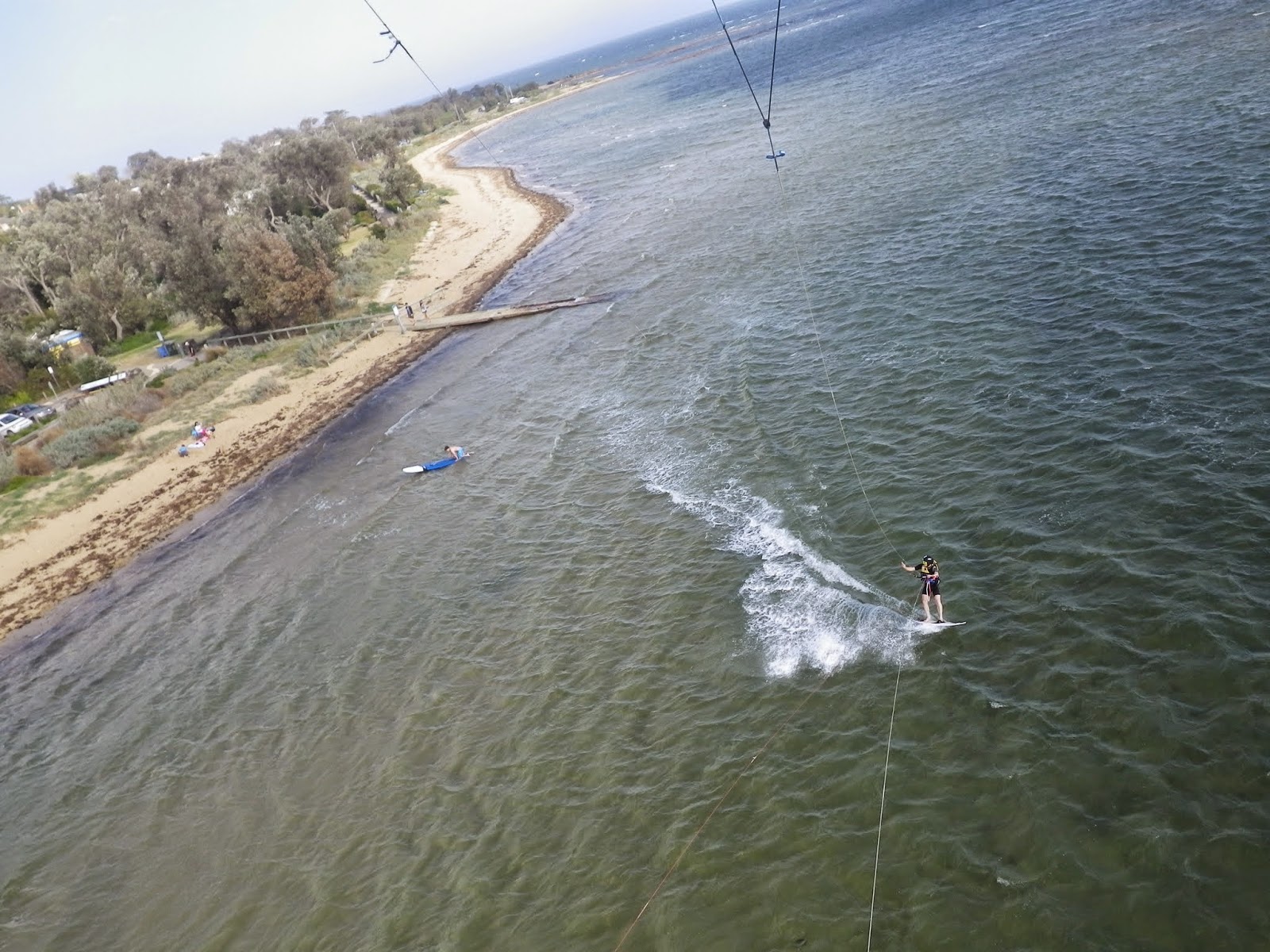 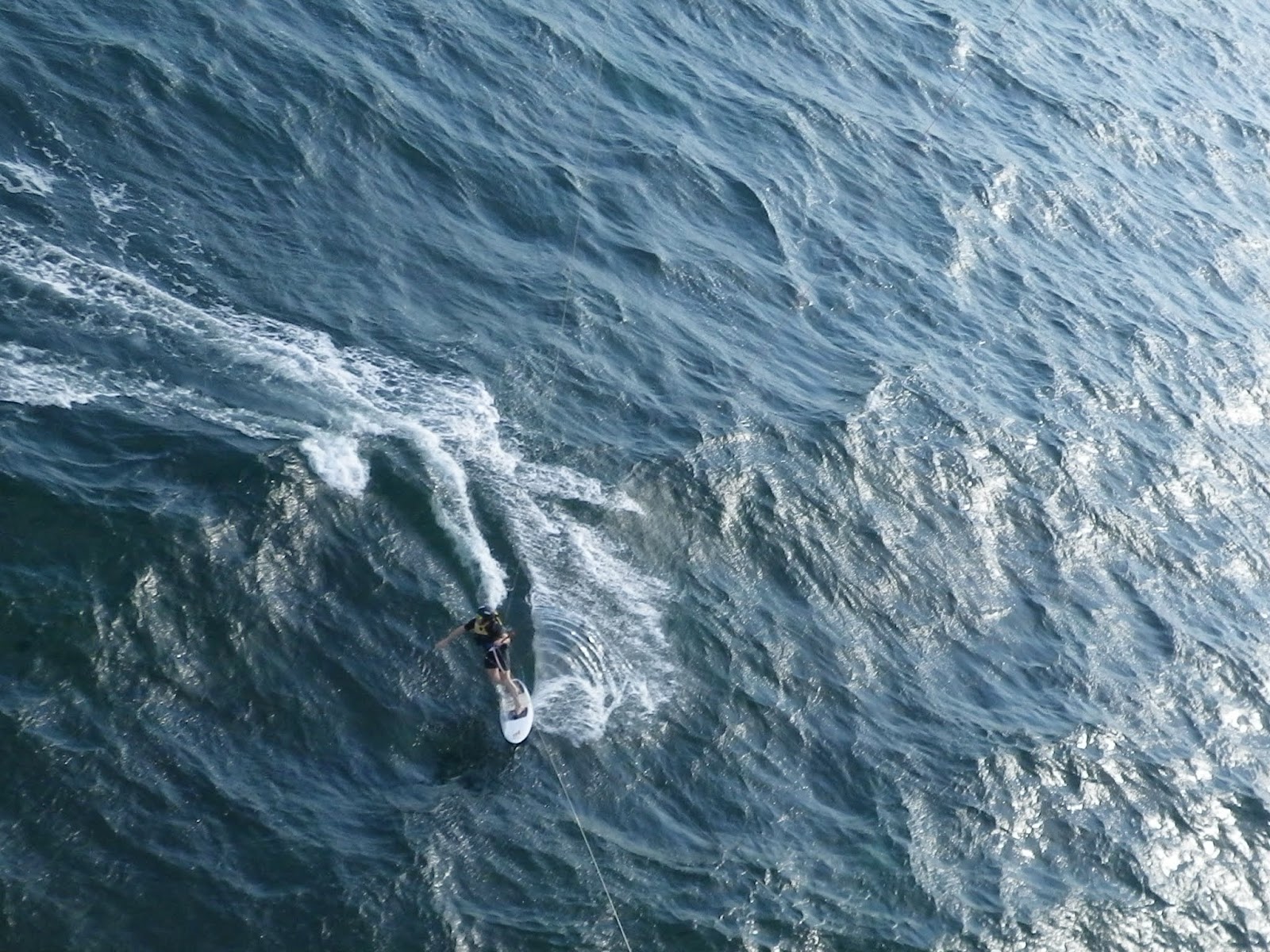 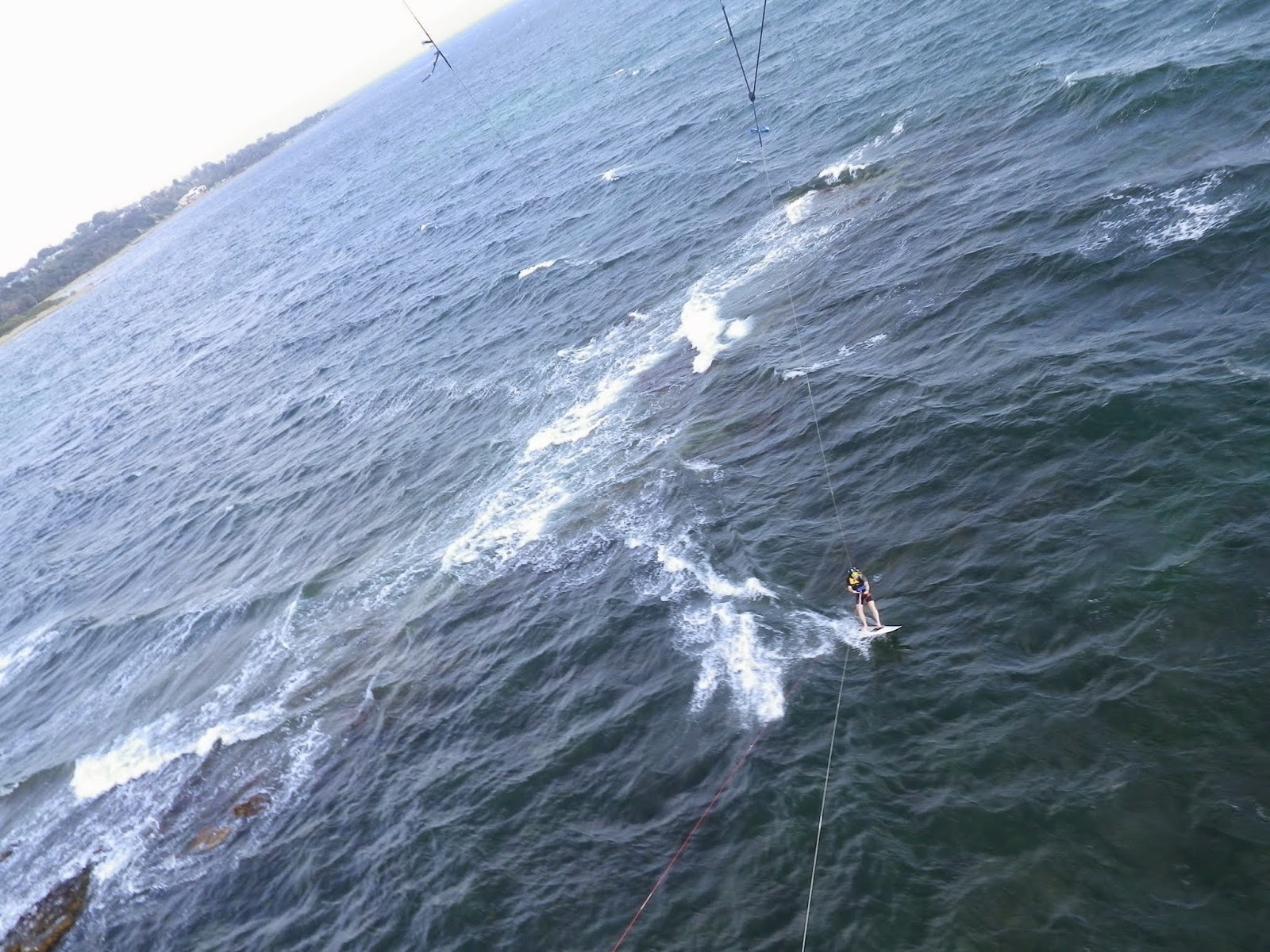 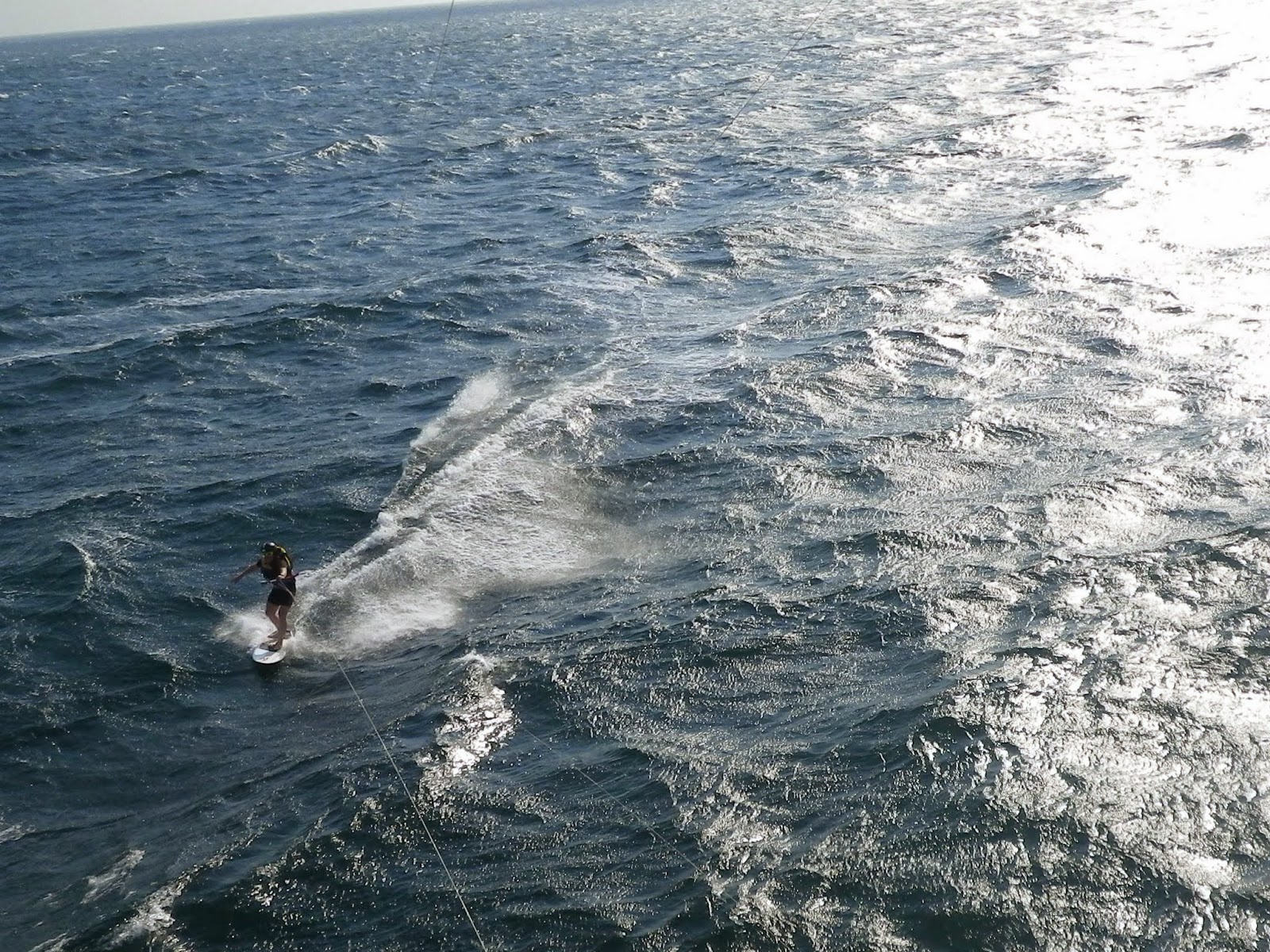 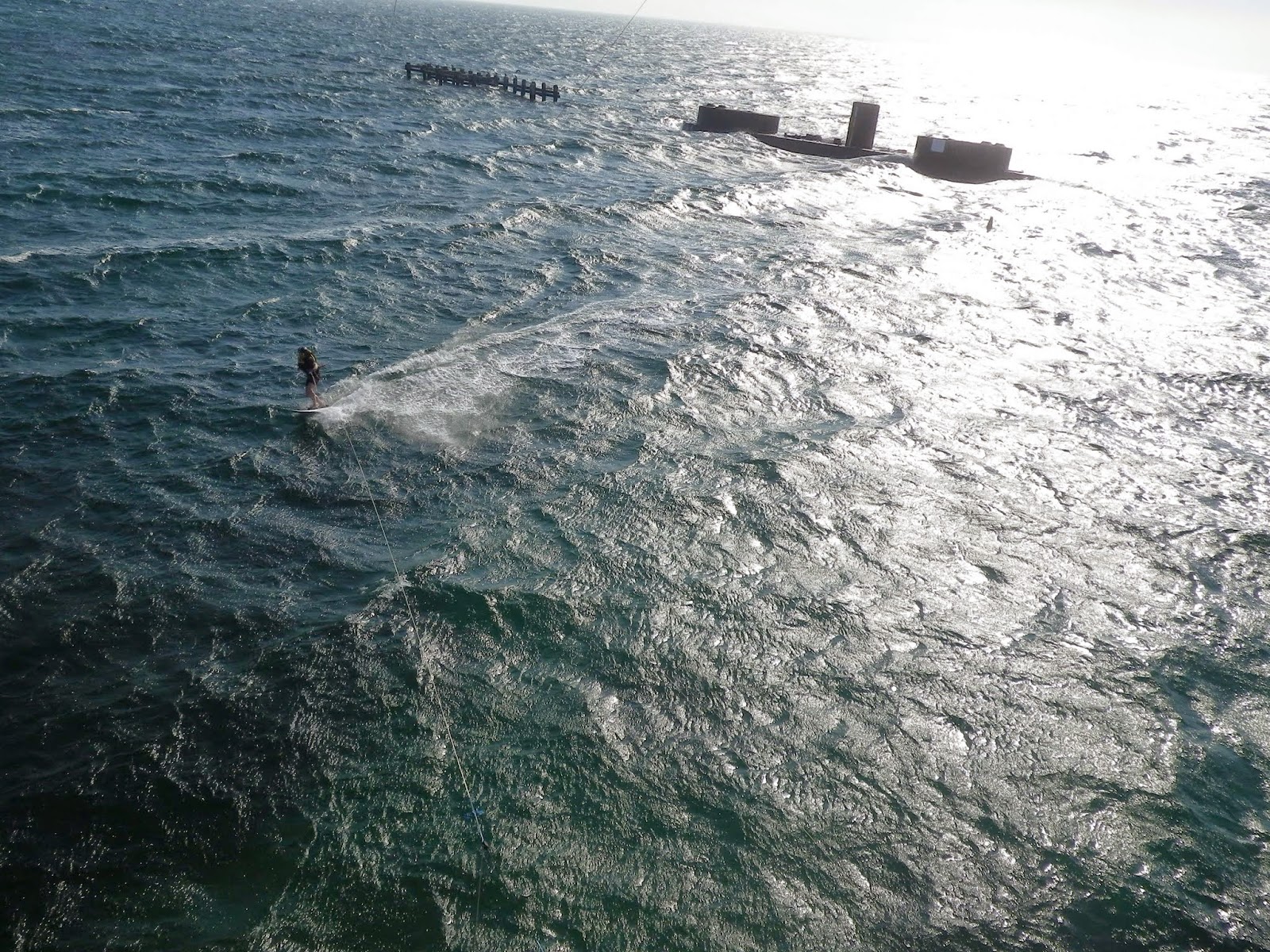 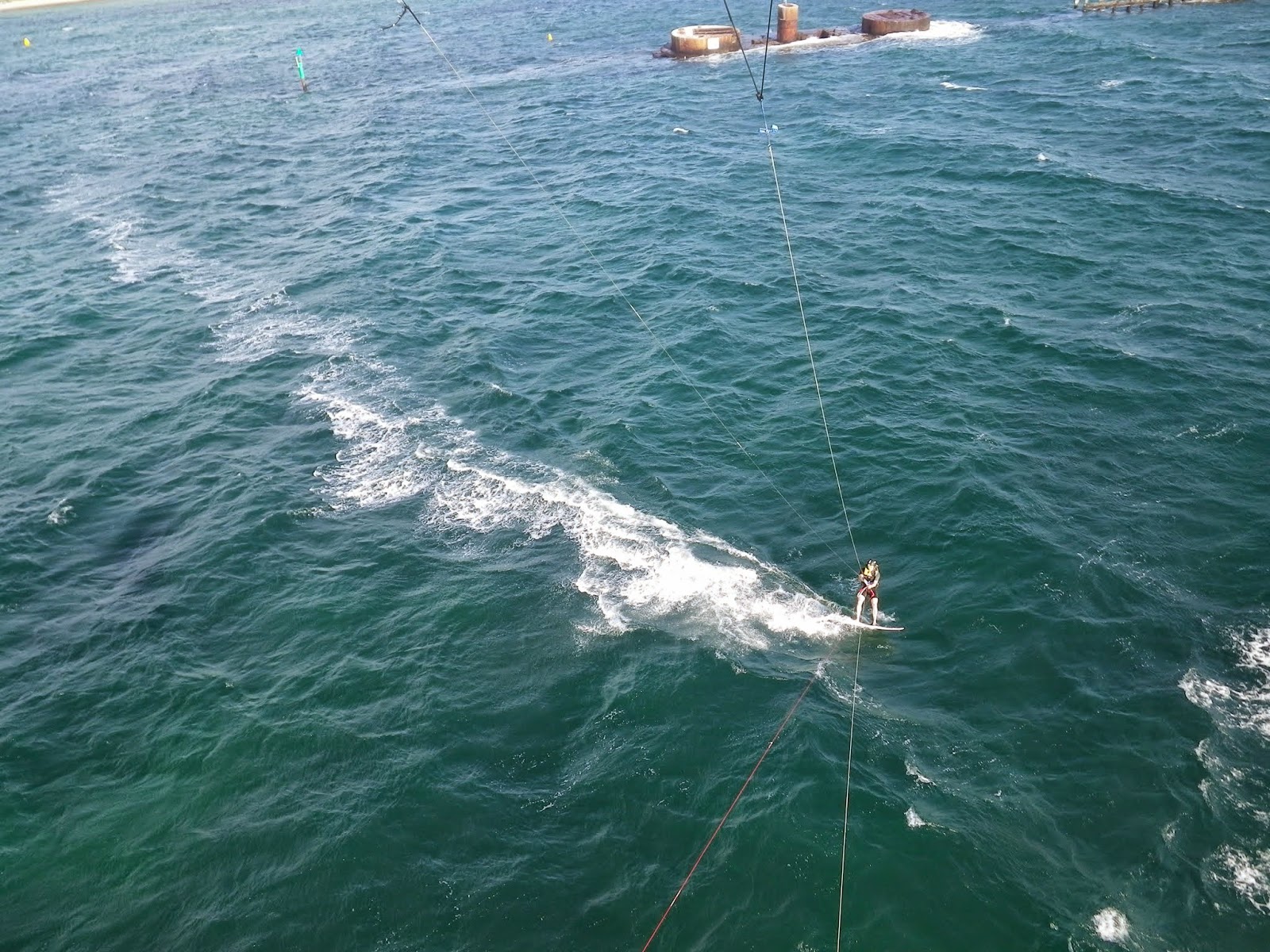 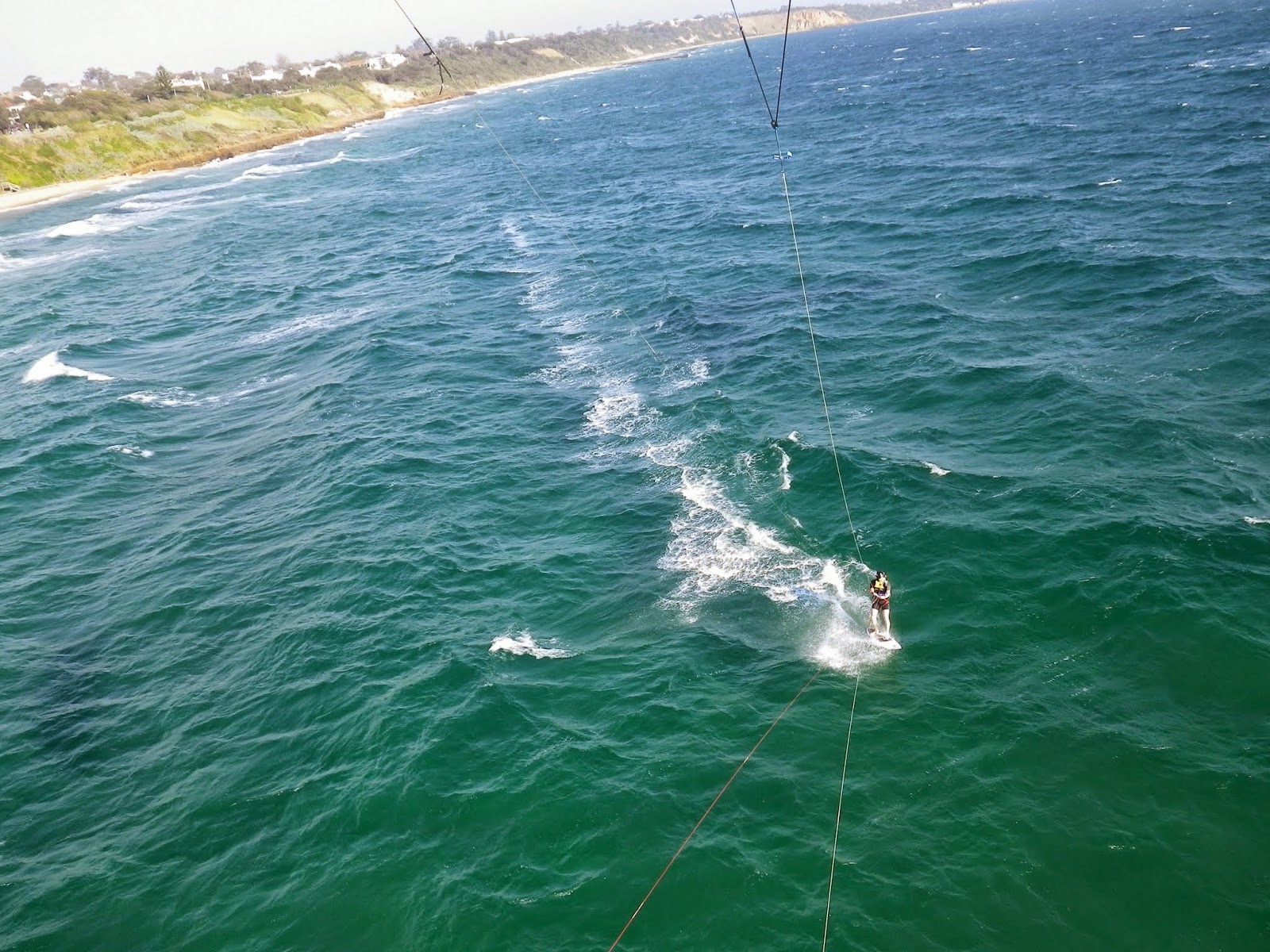 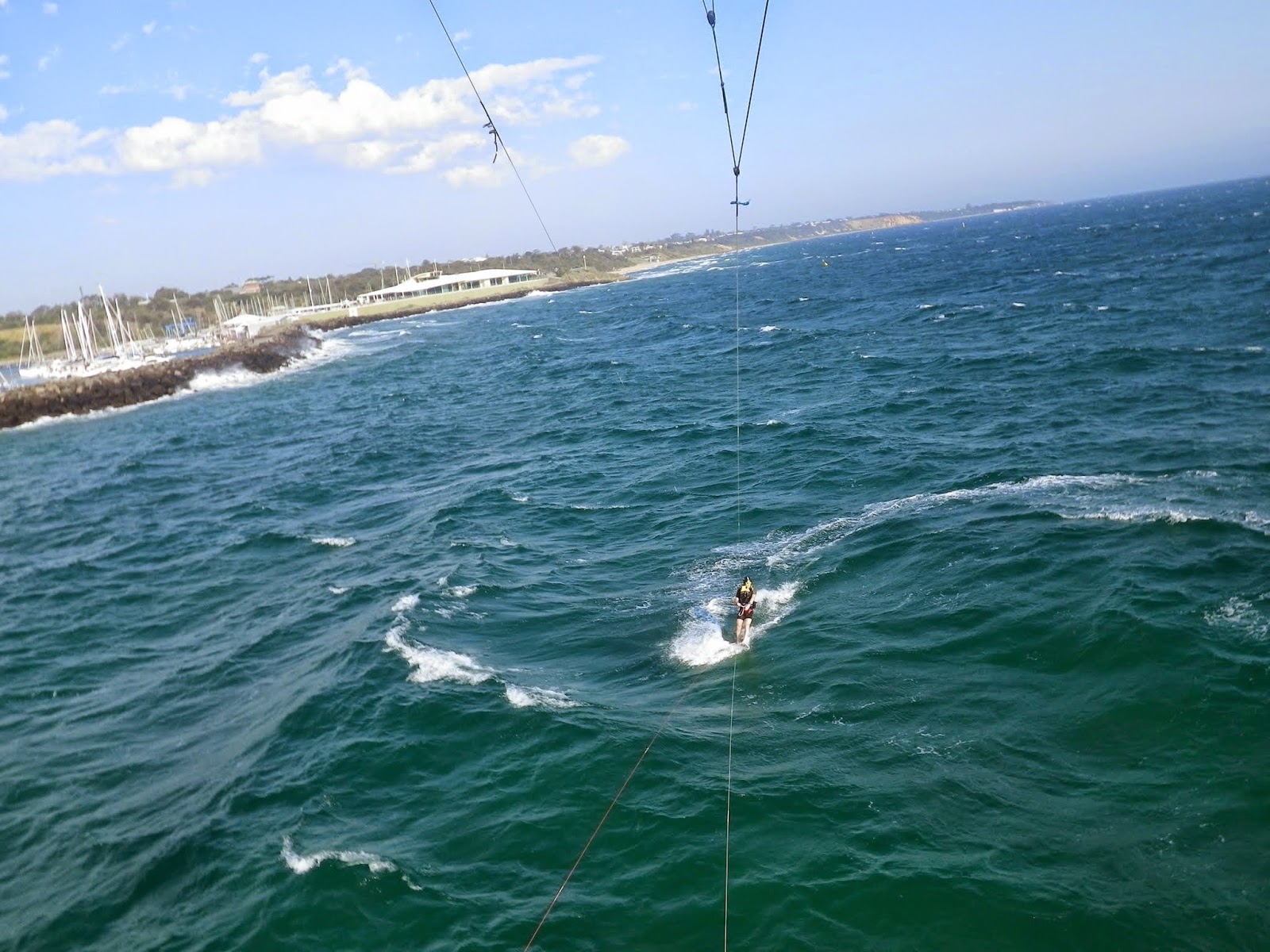