Kitesurfing tour from Balnarring to Flinders - won the double!

Session 353.  Stu Styles scoped out a good South Easterly for a kitesurfing tour from Balnarring to Flinders.  After yesterday's nice session at Hampton today we won the double. 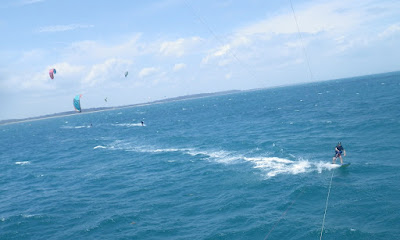 Great wind and great kitesurfing.  There were quite a few kites out at Balnarring. We did a few runs then got going to Point Leo and scored some good surf on the prominent reef.  A word of warning though - some of the reefs suddenly appear in the water and can present serious obstacles.

I headed upwind toward Flinders. The others were all closer in to shore near Point Leo, it looked like they would stay put there so I kept going, intent on getting to Flinders.  It took a couple of tacks to get there.  There were a lot of people on the pier and several boats moored there. As I approached a small sandy beach just north of the pier the wind softened, so I decided to head back rather than go to shore and get stranded.

It was a nice fast downwind run to the others who had just started heading to Flinders.  I kited past and waved, conversation across the water being difficult.  I kited back to Suicides at Point Leo and rode some waves, then continued north surfing the reef before heading back on a tack.

It was a long tack back. I used the rear footstrap for a rest and straightened my rear leg.  I kept going until I got close to Somers Yacht Club then did some fast downwind slalom turns to get back to Balnarring.   I logged 49 km for this trip.

I rested on the beach for about 10 minutes watching for the others coming back.  I couldn't see anyone so I decided to head back to spot them.  The wind was stronger as I tacked across. I saw a kite but it was Chronos foil with a kiter on a foil board and they were flying.  Then I came up to Stu S and Anthony who were on there way back.  I continued on the Point Leo and saw Stu W and Mike. No sign of Eric. Tarren had returned earlier.

It was another long tack with a downwind finish to Balnarring where we regrouped, tired but very happy.  I logged 14.8 km for the second run, bringing the totals for the day to and 63.86 km and 3:05

Eric had lost his board and body dragged in to Point Leo so we drove there and picked him up. We had fish and chips at Balnarring then headed home.

I took my Spot tracking device on this tour. The OK messages worked but only one track location was recorded off Point Leo.  Maybe I have to have it on my shoulder so it can get better reception. 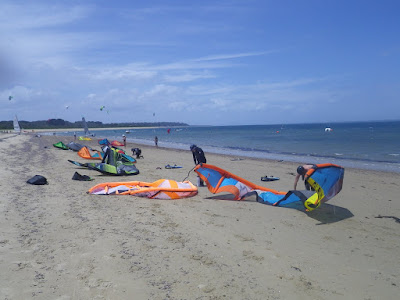 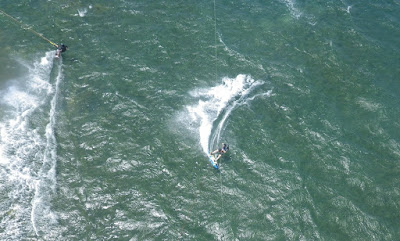 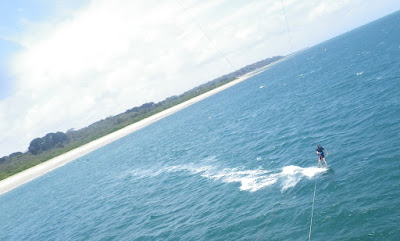 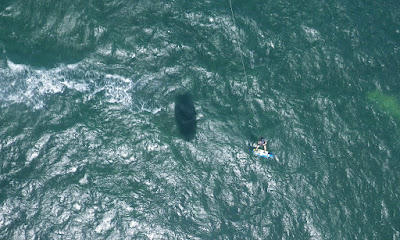 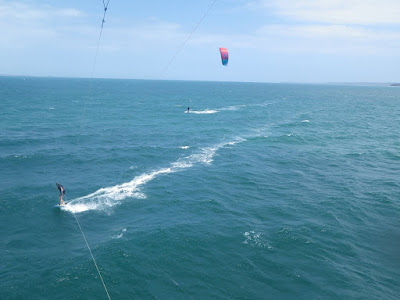 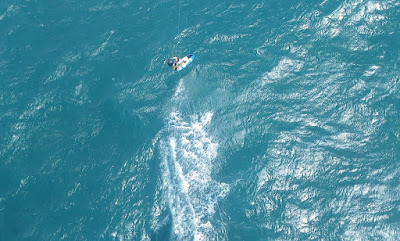 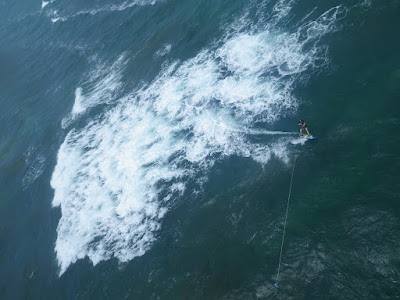 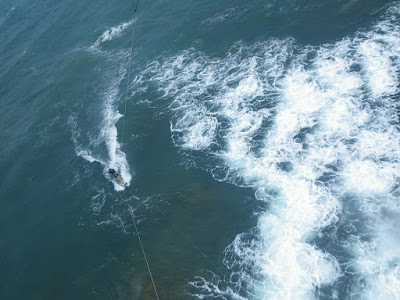 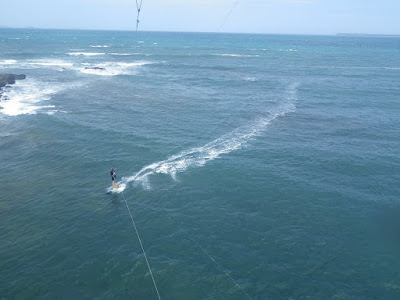 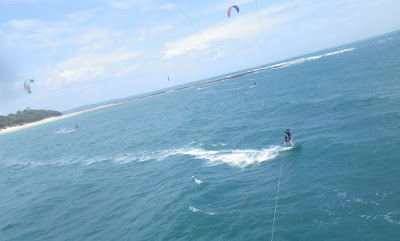 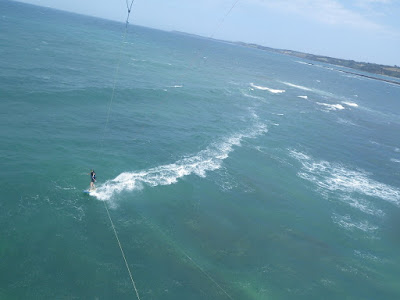 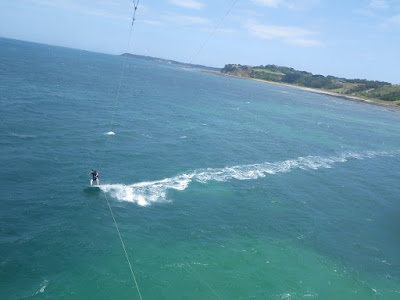 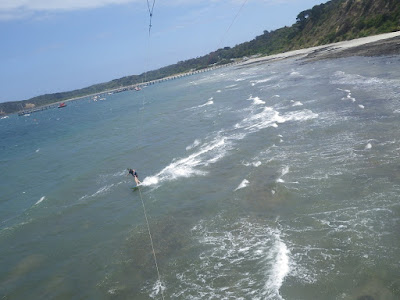 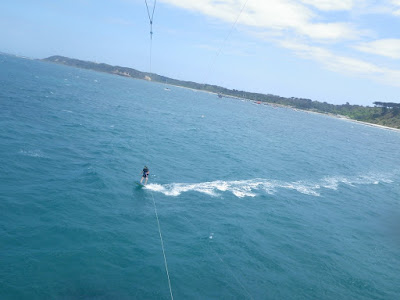 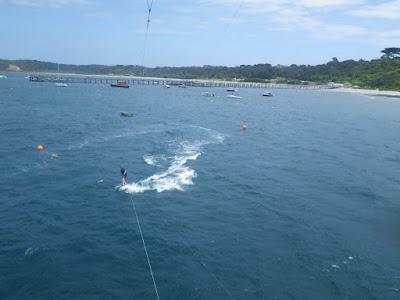 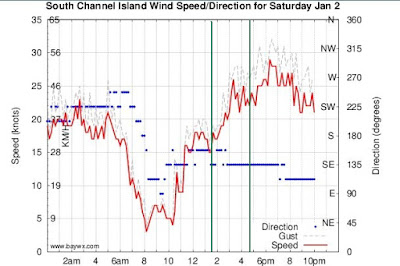 Thanks Adam. This was one of our best tours. Visited 5 surfing breaks along the way! Let me know if you are keen to have a go.