Session 357.  A northerly was blowing most of the day. I called by The Zu Boardsports to pick up their Airush Union 10m demo kite, then checked at Brighton at about 2 p.m.  Three kites and five windsurfers were out.

Stu S and I then headed down to Frankston for some cleaner less fickle wind.  I unpacked the Union and was immediately stumped by the huge oversize single valve. It seemed I was missing a fitting for the air hose from the pump until I realised the large fitting on the hose pushes into the valve for a snug fit.  There is now only one valve instead of the two older inflate and deflate valves.

The Union 10m was stable and very responsive. It goes upwind very well and its easy to park and ride it on waves.   Airush say the designed the Union as an all new kite for 2016

I think they have achieved this very well.

Wind speed for this session ranged from 15 to about 23 knots.


Other observations:
I swapped kites with Stu so he could try it out.  It has been a while since I used a Switchblade 10m (2009 model) and was surprised by its power and the sluggish turns.  I crashed and tangled it on a turn and floated in.

Stu like the Union a lot. So did I. 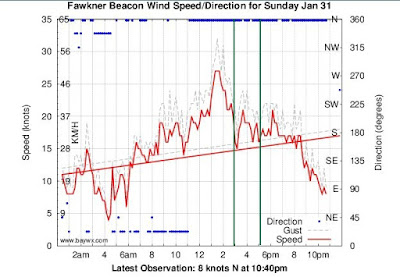 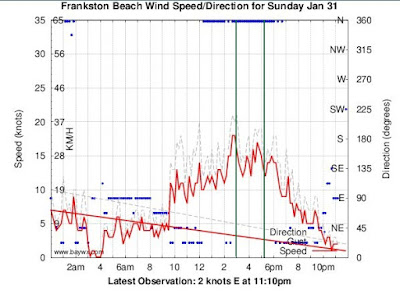