Session 358. The strong winds forecast came in during the afternoon. I got to Hampton late after attending to a chore.  About four kites were out and the wind was around 25 knots with a good swell.  I pumped up my Crossbow 7 (my Lithium 9 is not repaired yet) and headed out. 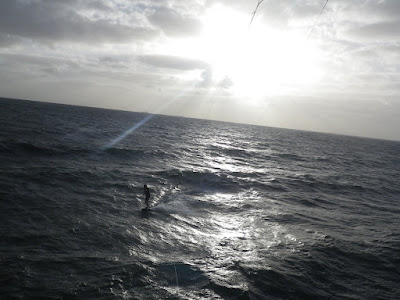 Plenty of power and some nice waves.  The bigger ones were breaking out past the end of the groynes at a reef. I was able to time it so I could a few there which was really nice.

A few jumps then just riding as many waves as I could.  There were a couple of surfers close to the groynes too.

25 knots or more generates some reasonable waves in the bay.  The wind dropped a little so I came in.  The sunset was dramatic with ships out in the bay including the Spirit of Tasmania heading out. 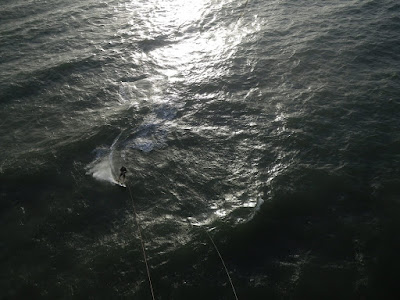 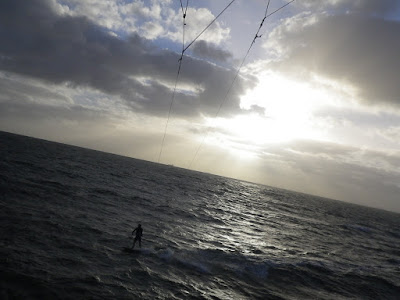 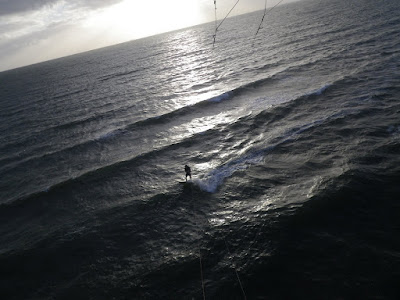 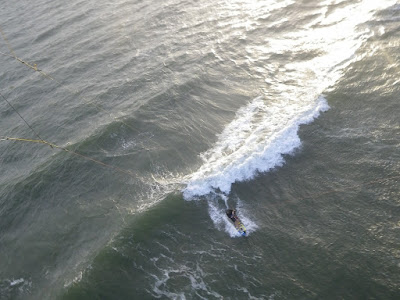 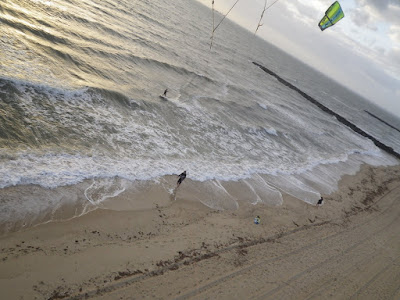 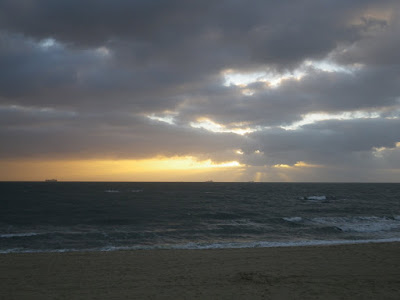 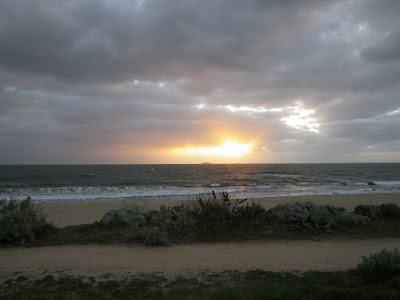 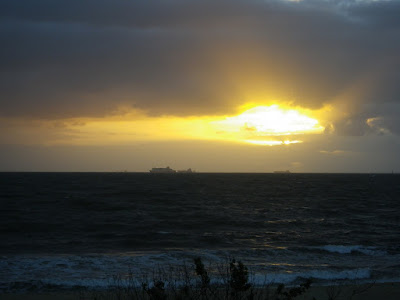 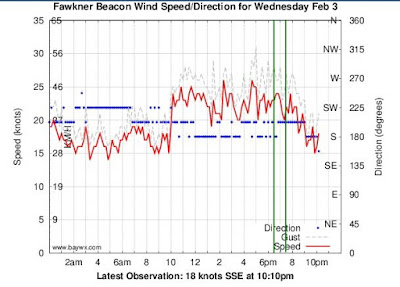