Session 384. The early wind forecast delivered!  We started kiting at around 7:00 am in a refreshing strong south westerly.   I used my 8m Union to get a better ride on the bay waves. 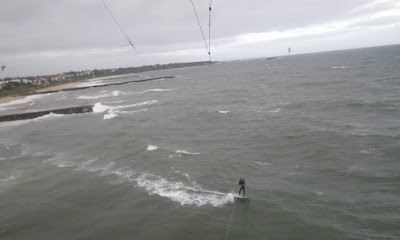 I kited the waves rolling in between the groynes then did a run with Stuart down to Green Point.  The surf there wasn't much better.  The wind dropped a little so I headed back - thankful again I was on a Nugget with its great upwind capability.

I did some jumps and popped a kiteloop on a jump for an instant power surge.  I finished the session with some speed runs in near the marina breakwater and surfed back some rollers in the middle of the bay.

A great session overall - this is kitesurfing! 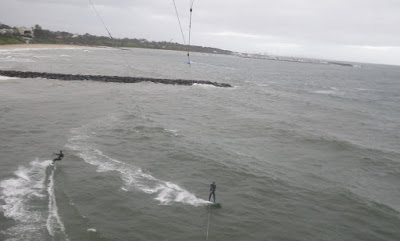 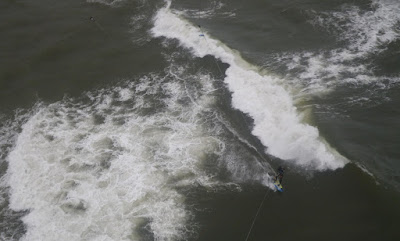 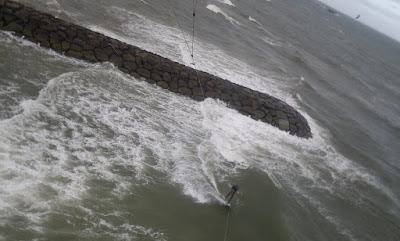 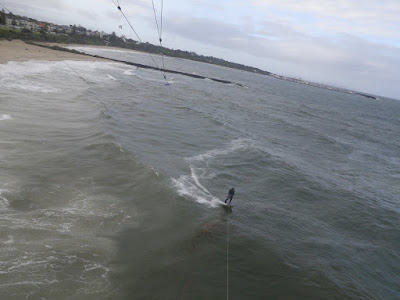 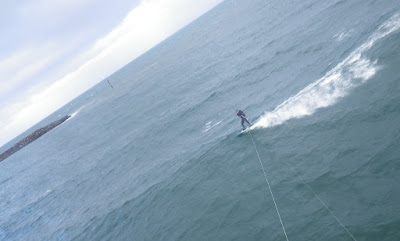 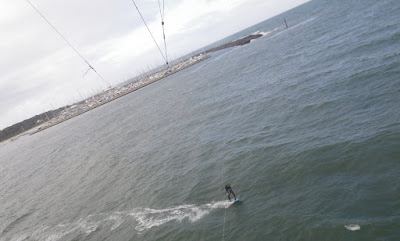 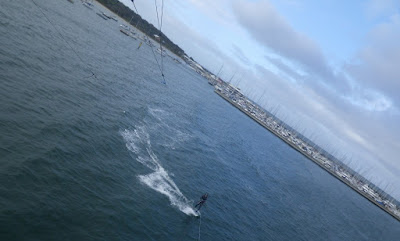 Posted by Peter Campbell at 6:24 pm