Around Stanley and speed runs in the East Inlet channel

We drove to Stanley after the morning's big session at Marrawah.  Peter took us into the delightful town where time stands still for a great coffee.  The he took us on a short tour over Green Hills Road to the huge beach where the West Inlet downwinder finishes.  There views along the coast and backl to "The Nut" are dramatic. 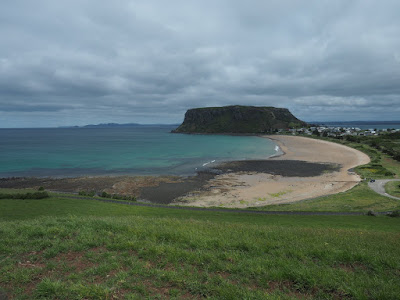 Then Peter took us down onto the beach at the East Inlet and gave instructions on how to kite in the channel of water (it was low tide) with the westerly still blowing.  Its an unlikely combination of wind and terrain that we wouldn't have figured out ourselves.

A couple of windsurfers were doing speed runs out there.  Tarren, Stuart W and James set up and walked their kites across the windswept sand to the channel and had a long session on the flat water.

Stu S and I headed into town to look for the anchor (or rudder?) of the tall ship Defender that Stu's father worked on restoring at Stanley.  The ship was recently sunk in the Townsville harbour but may be refloated.

Stanley is a very neat town with original cottages and buildings intact. It is a great place to mooch around and take in the scenery.

We found an anchor, but Stu checked with his father who said the part of the ship was a rudder and it was in the small museum. 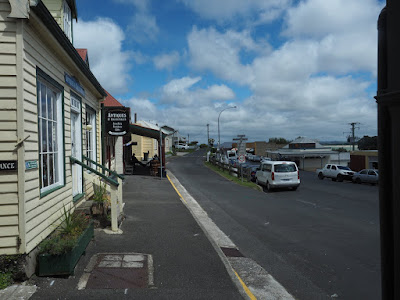 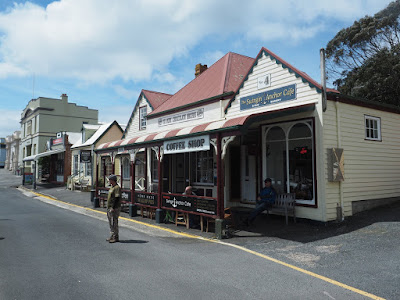 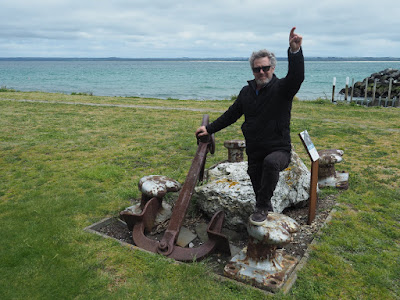 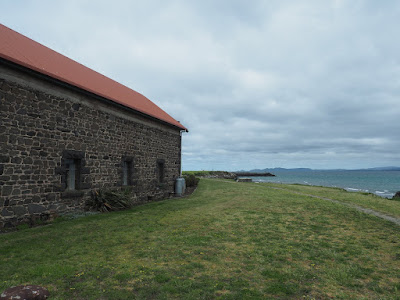 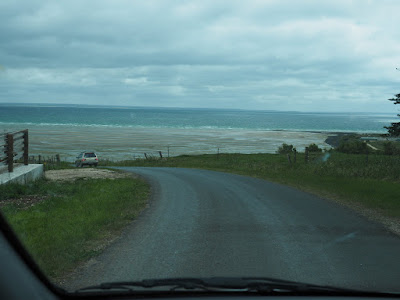 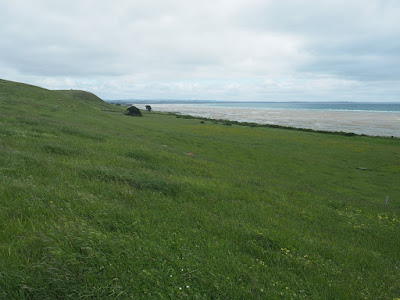 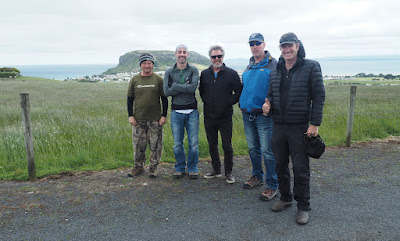 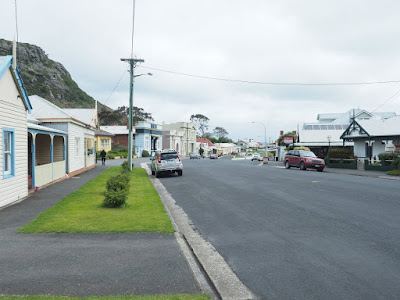 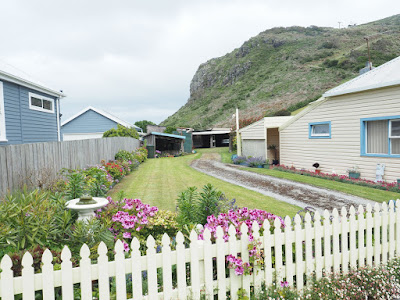 We drove back and picked up the others after their session.  The water was flat and they clocked some good speeds.  I'm not sure it would have been as much fun on a surfboard though. 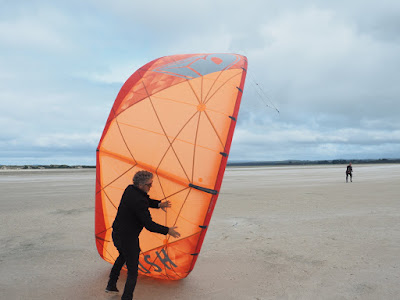 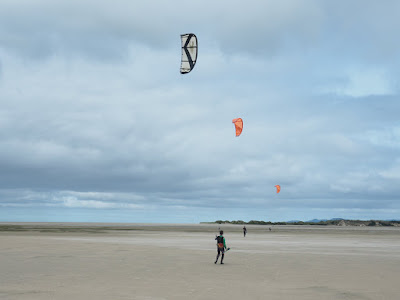 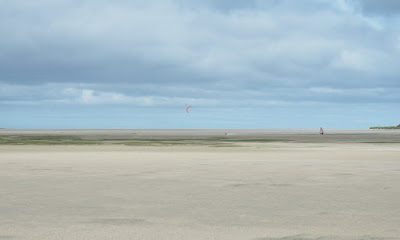 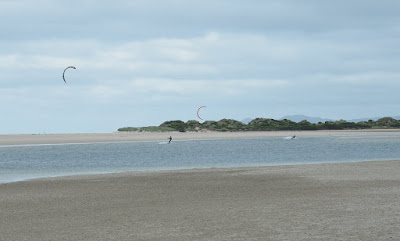 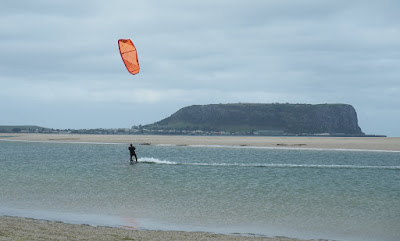 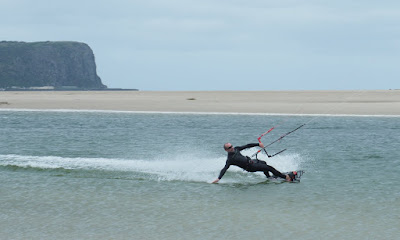 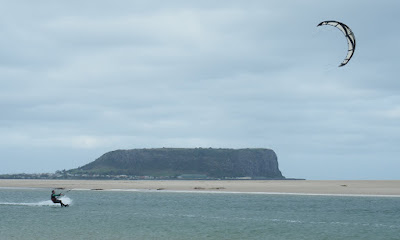 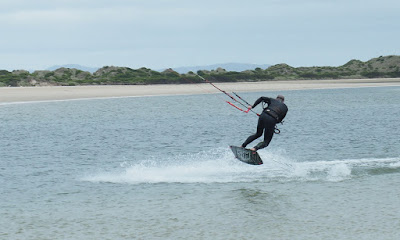 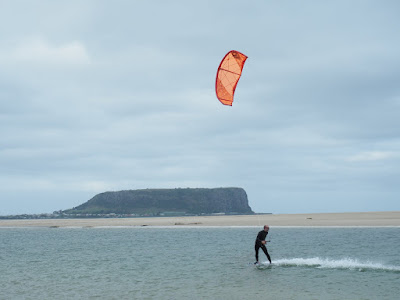