Session 454. We very keen to do a downwinder along the Sunshine Coast so we setup a car shuffle from Peregian Beach to Castaways.  The wind and Peregian was light and the surf was big.  I was dubious about whether we could make it.  Stu Styles and Mike headed off; Stu disappeared into the distance but Mike ended up on the beach. 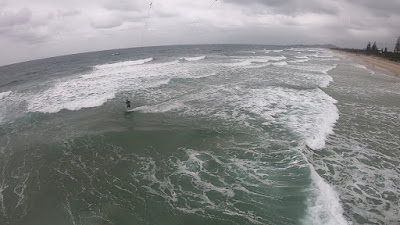 I decided to go to test the wind for the others.  I got going and was able to get my speed up but the broken waves were constantly pushing me in and I didn't have enough power to make it out the back.

I stayed on the same tack making ground on the flat water between waves then getting washed in by broken ones rolling in.  I had to sine the kite and concentrate, but I made it.  A couple of others followed and made it but several made the good choice to not attempt it.

With better wind the downwinders here would be sensational. 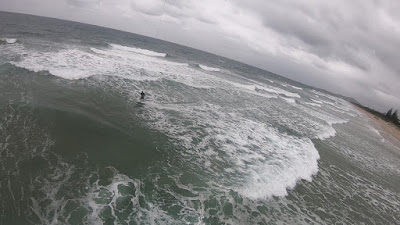 Those returning to Melbourne packed their bags for the flight home and we got a group shot to celebrate the trip. 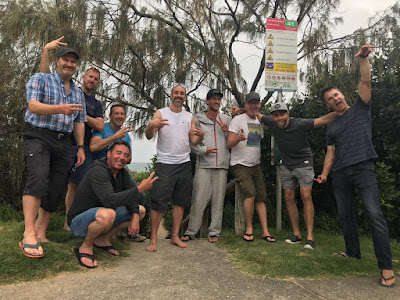 Adam and I dropped a couple of guys at the airport, said farewell then picked up a smaller car for the next week in Noosa - hoping to get more wind and some good kitesurfing.

Posted by Peter Campbell at 5:30 pm