Downwinder from Hampton to Brighton

GPS data
Easter in Melbourne this year has a poor wind forecast for kitesurfing and windsurfing.  However, a good southerly sprang up during the afternoon.  I headed for Hampton and arrived with about 20 knots and quite a few kiters and pole dancers out having a ball.
I rigged up the Switchblade 14 (and checked the pulleys; all OK) as I thought the wind might drop a little, which it did.
By the time I got on the water the wind was about 15 knots, and most kiters had returned to the beach.  I headed out quite a distance to get some clean wind and was rewarded by enough to get some good speed and even a few jumps.
I tacked back to the beach and into the first groyne area into the small surf several times.  After a while, I decided to head downwind and try the surf at Green Point.
It was nice to let the board run and crank up some high speeds.  Playing in the surf along the main Middle Brighton Beach was fun too.  There were two other kiters at the point, on directional boards.  The turn around at the beach is a bit dodgy - there is a nasty small reef very close to shore - but it is easy enough to avoid.
After a few tacks their I headed down a bit to come right into the rock wall of the point.  The scenery is nice and there were heaps on onlookers in parked cars.  The reed there is not a problem.  However, further north closer to the bathing boxes there are some very shallow sections that need to be approached with caution.
I did some longer fast tacks out and back as I approached the Brighton crew who were having a ball.
I landed the kite, packed it away and walked back, electing to carry my gear rather than stash it.  The downside of this was that I managed to get a small rip in the kite - presumably where I brushed against a bush while walking back.  So I will repair it tomorrow.  More wind is forecast for Saturday so I will head out again if it is good.
No new tricks this outing; mainly speed and just keeping powered up during turns. 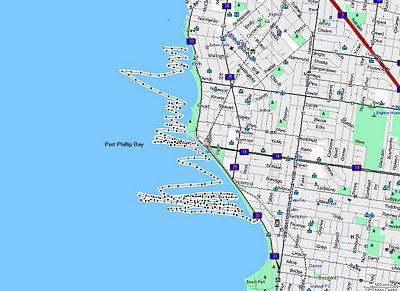 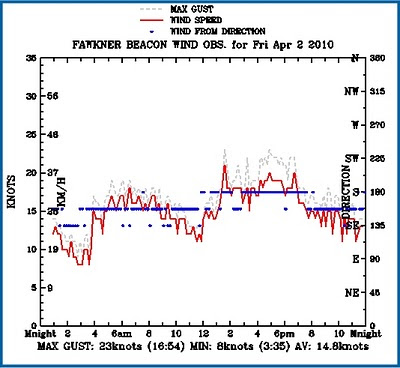