A personal speed record at Altona in the late afternoon

The forecast SE was building up late in the afternoon so Stuart and I headed to Altona.  We arrived at about 5:30 with lots of kites on the water, but the wind was a bit light on so many were struggling to stay upwind.
I stuffed up the shallow water start (more practice required) then did a long run up along the beach and back.  The flat water is nice, but I find it difficult to go upwind when travelling at speed.  On the return leg I came into shore gradually and eventually had to stop and walk out again.
Then I was able to kite right up into the mouth of Laverton Creek, turn and return.  Quite a few other kiters about but they all knew what they were doing so there were no major mishaps.
Then the wind picked up about 5 knots and it was on.  I did some really fast runs back into the flat water - and clocked my fastest ever speed of 47.0 km/h.  With the tide in the sandbars were all covered, so the flat water was great.
A couple of tacks through the surf were nice too.  I was able to get upwind enough to return the beach where we started.  With the wind pumping I headed out a short way and did my highest ever jump, which was quite a buzz.  The landing was good too.   After a few more jumps it was time to pack it in.
Weary but very satisfied. 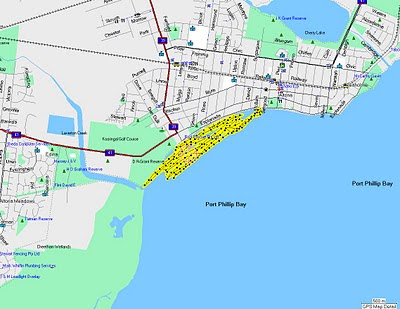 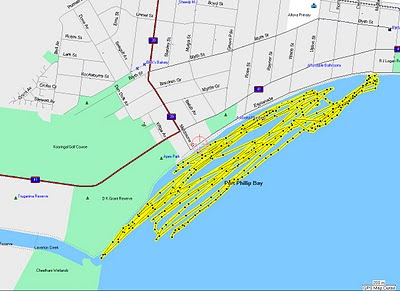 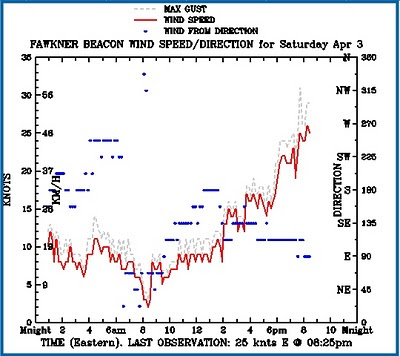