Kite: Switchblade 10
Wind: 25 knots, SW
Location: Hampton
Time: 3:30 to 4:30 (1h)
Board: Naish Haize twin tip
Some more good wind, this time stronger. I was able to get down to Hampton and on the water at about 3:30. The wind had abated from the 35+ knots around 2:00 but was still blowing strong, and a good bay surf was crashing onto the beach.

My neighbour Alistair, visiting Melbourne for a few months with his family, came along to check out the action. He took all the photos in this post - kiting shots I never normally get. 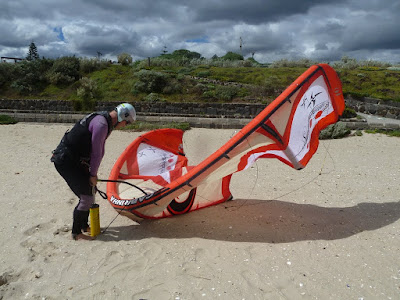 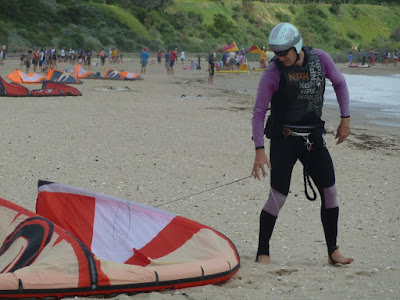 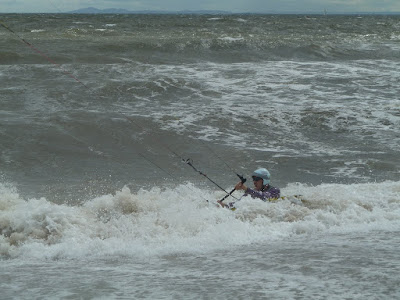 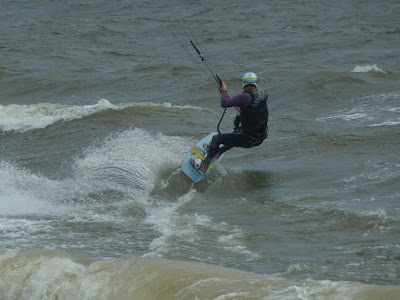 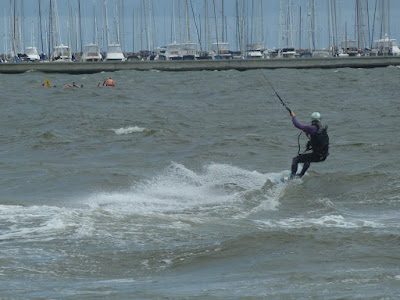 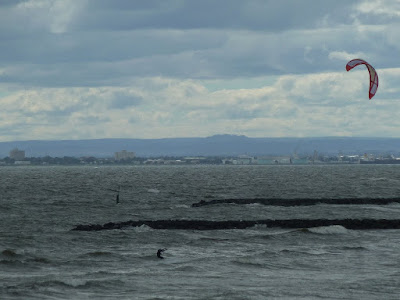 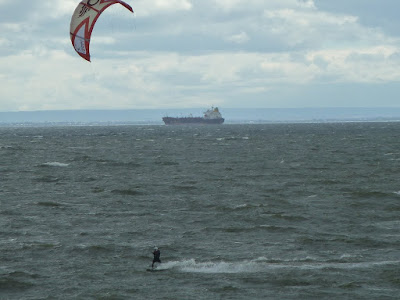 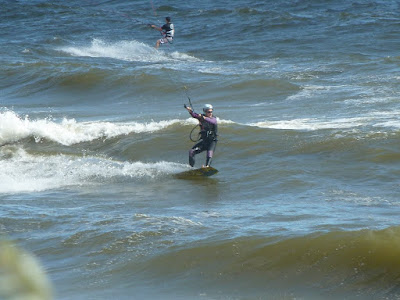 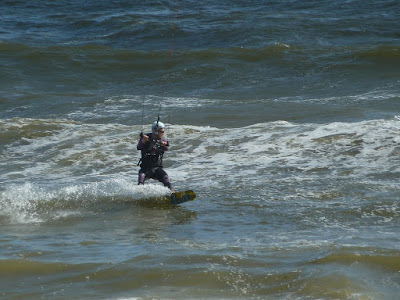 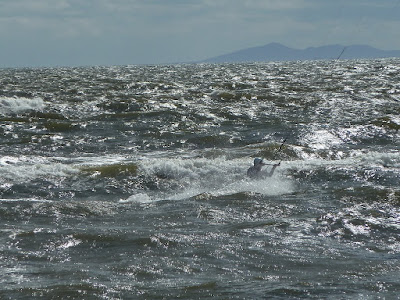 I did a few runs to the concrete marina seawall and back into the surf zone, where some ridable waves were breaking. It was good wind for jumping too as there was plenty of boost and some good lips to launch off.
I spent some time practicing jump transition turns and got a few happening. My approach was to cut off some speed, edge, jump, rotate the board downwind, then land and keep going. I found it difficult to generate enough power from the kite to finish the turn and bogged in a couple of times, but I did get a few happening. I was turning the kite upwards, not doing a down loop.

The surf certainly makes it fun. There were about six other kiters out and everyone was having a good time.
I got disoriented during a couple of jump transitions and dropped the kite a couple of time, and was parted from my board a couple of times too.
When I was finished and packing up on the beach I noticed a kite - mostly black Cabrinha with red flecks - jellyfished in the water. Other kiters rendered some assistance and grabbed his board. I swam out and took the board to shore, then helped him through the shore break with his kite. His lines were nicely coiled so there was no big tangle. He burst had burst the main bladder with none of the strut tubes pinched off, so lost all the air from his bladder and struts.

I think it pays to keep at least one sealed off to maintain some buoyancy in this type of circumstance. Its something I haven't been doing routinely for a while. 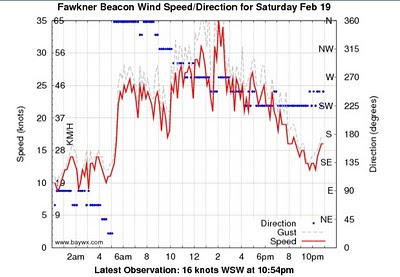