Scored a hat trick with another session at Hampton

I scored a hat trick today - 3 days kiting in a row.  Not bad for such a poor season.

Stuart and I headed to Hampton after a family birthday party.  The wind was blowing above 20 knots when we arrived but dropped a bit as I was getting ready, so I took out the Noise 12m kite.

I got out for some good riding and was going upwind well when my kite fell out of the sky unexpectedly during a routine turn.  I was having trouble relaunching it when I realised the donkey dick (attachment that secures the chicken loop) had slipped out and I was unhooked, so I carefully rehooked the bar and relaunched the kite.  I have sent a note to Dano See, the kite designer, suggesting they make the DD a tad longer.

Memo to all: It is very difficult, maybe impossible, to relaunch an unhooked kite.

The wind was lulling quite a bit, so it was hard to get in a good rythym, and difficult to keep practicing jump transitions, though I did manage some good jumps when the wind picked up.

I had another go after a wait on the beach during and an extended lull.  The wind direction had changed to full onshore (west) and the shorebreak was big enough to dump you on the sand.  Three other guys were trying to get out, along with a couple of windsurfers, and several hotshot riders were riding quite close to the shore.  It was difficult and frustrating for a while.

For those that don't know, the rule is that riders heading out have the right of way.

Once out, I finished with a good fast session. 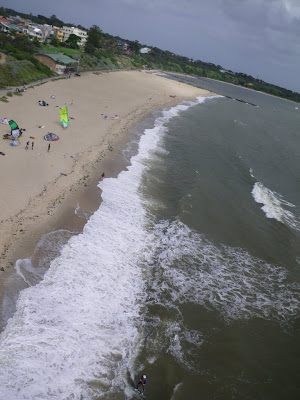 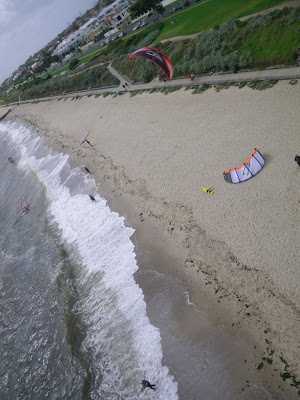 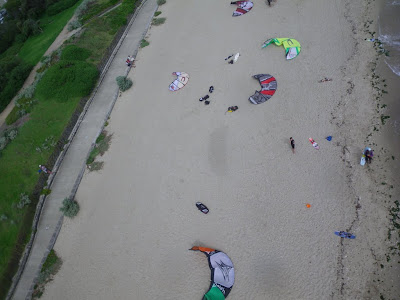 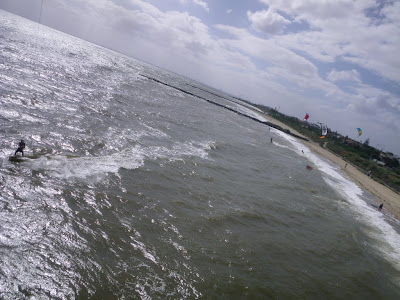 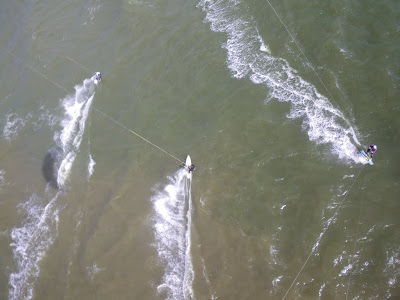 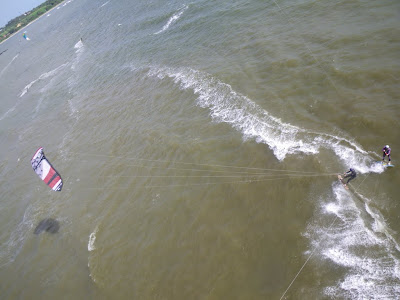 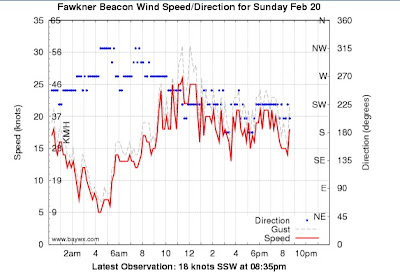