Kite: Noise 12
Wind: 15+ knots, S
Location:  Point Danger,  Torquay
Time: 3:00 to 5:00 (2h)
Board: Cabrinha S-Quad
We did a road trip back along the Great Ocean Road on Monday, returning from the AKSA National Wave Kiting Championship held at Warrnambool.  There was some big surf along the coast around the Twelve Apostles, but no wind.  There was some wind at Bells Beach, but not quite enough, so we continued on to Point Danger at Torquay.

There was enough wind to get going so several kiters headed out.  You can launch off the grass on the point, with some assistance, then walk down to the beach to head out.

There was a reasonable surf on the south facing beach.  I headed out some distance to make some ground.  On the return tack I was able to surf some waves on the reef break.

This is a great spot for kitesurfing waves as you can select the wave you want then hit it where it breaks on the reef, and not worry about close outs across a beach.

I ended up mostly switching feet for tacks.  I don't quite make enough ground riding toeside in light winds, and I am still practicing gybing.  I did manage to get my feet around a couple of times, but I sank back in the water.  It looks so easy when others do it! 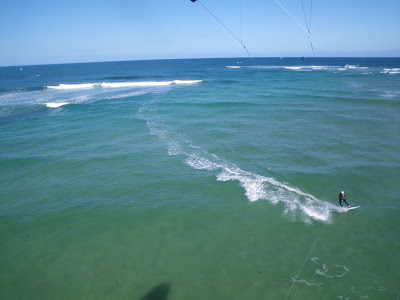 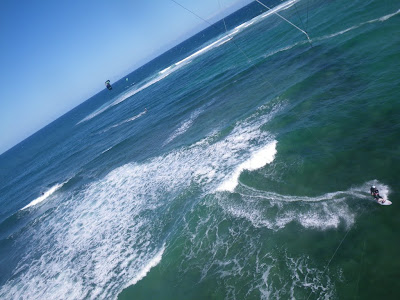 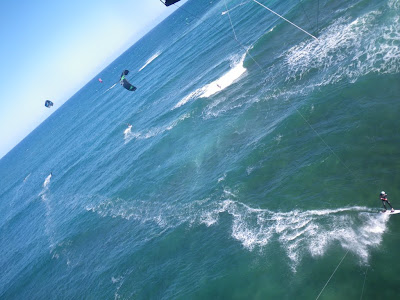 After two hours I was very tired, so I came in and took these photos from the headland. 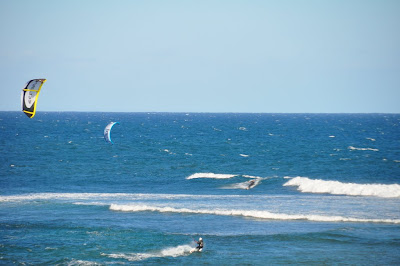 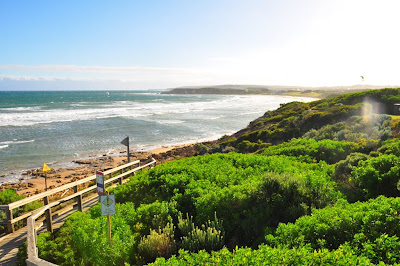 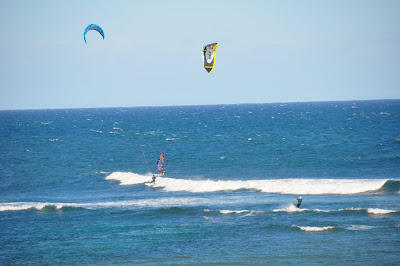 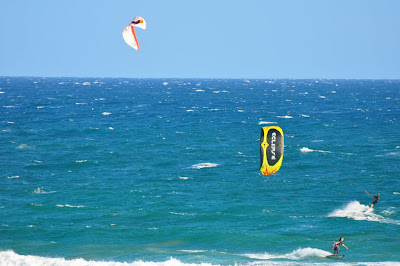 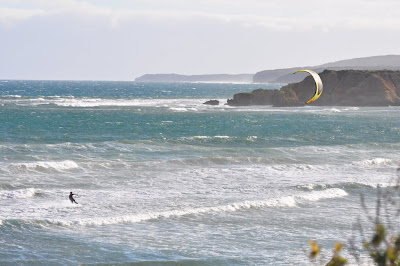 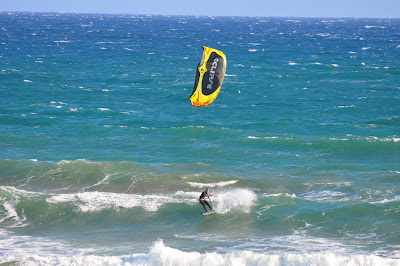 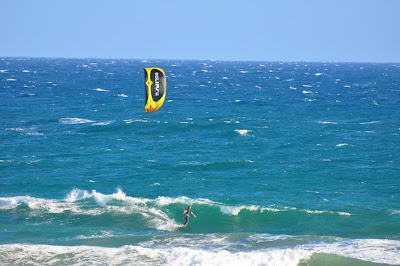 In summary, I can recommend Point Danger for intermediate and above kitesurfers wanting to get into some waves.
Photo albums
Kitecam
Photos from Point Danger

Posted by Peter Campbell at 3:00 pm