Kitesurfing at Mentone with the water to ourselves

Session 171 - 28 February 2012
Stuart and I headed to Mentone early in the afternoon to check out the south easterly.  On arrival, the wind looked OK but not strong.  Once on the water we had a ball!  The wind was around 15 knots and quite smooth.  The water was warm and clean.  And we had the place to ourselves.  Sweet!

Stuart was focusing on more aerial tricks, while I took out the Sector 60 again to keep practising gybes.
The Sector 60 was well powered by the Noise 12m kite, so much so that I depowered the kite for most of the session.  I completed several "right turn" gybes successfully, but still think I need to speed up the foot switch and do it a bit earlier.
I am still amazed by how much speed, power and upwind ability I get using the Sector 60 in lighter winds.
I completed only one "left turn" gybe, but was feeling more confident riding toeside on the left tack.  Pushing the bar out during the turn helps regulate the kite and board speed too.
I tested out the Contour Surf Mount (the old model) I had just fitted to the Sector 60 board.  I found it tended to flop down as the board gets whacked by waves and chop under speed.  The thumb screw for tightening it is hard to do up tight.  Also, the waterproof housing slides around in the mount.
Contour are not selling this original surf mount and have replaced it with a new model - I suspect its function will be improved.  I did get some interesting shots however. 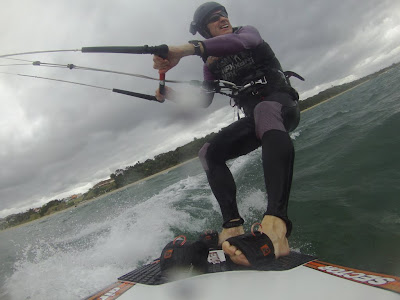 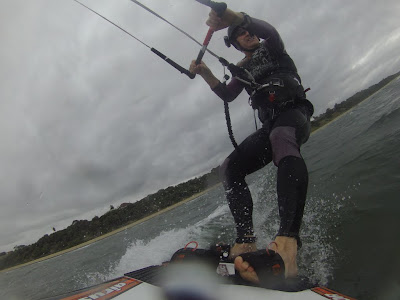 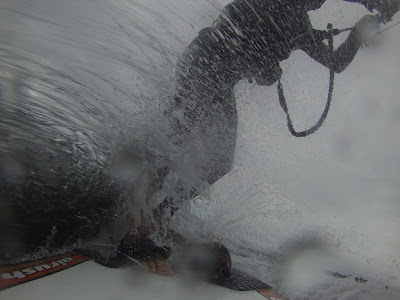 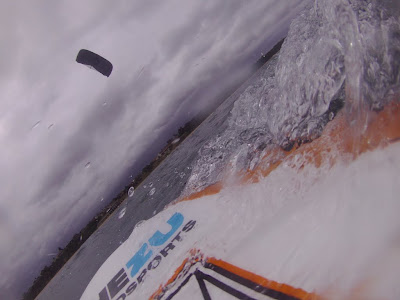 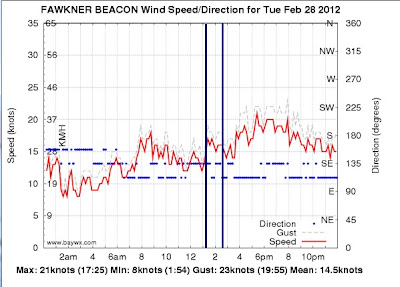 Do you ever do anything but play?

Actually, I have job interviews tomorrow and Friday, so my funhog days may be reduced soon.