Stuart and I organised a "blokes kitesurfing weekend" at Inverloch for 24-25 March.  My big fear was getting 9 super keen kitesurfers together and not getting good wind.

Here is the crew, and their arsenal.

The weather forecast via Predictwind during the week looked good. We got an early start on Saturday and got to the Inverloch surf beach and were on the water at 8am, with a good wind blowing.
It picked up just as we headed out; I was overpowered on my Noise 12, so I came in to swap it for my Switchblade 10m.  Everybody else went down a kite size too.  The surf was big.  I got rinsed a couple of times but managed to keep my kite flying.  I used my twin tip as I knew I could handle it well in the "full conditions", and I haven't used the directional board for a while.  Tarren and Stuart were on twin tip boards too.
Franz and Rod are very keen wave kiters and only use directional boards.  They demonstrated consummate skills in the big surf, along with another two kiters who were down for the day. 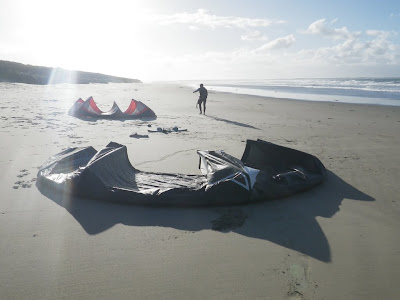 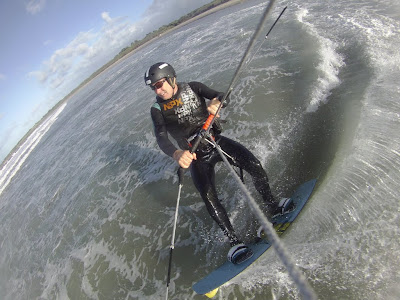 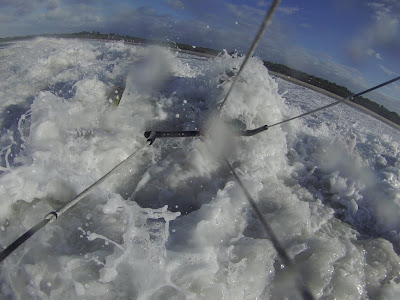 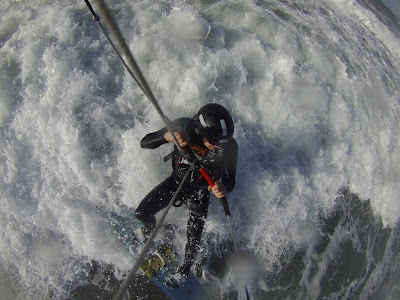 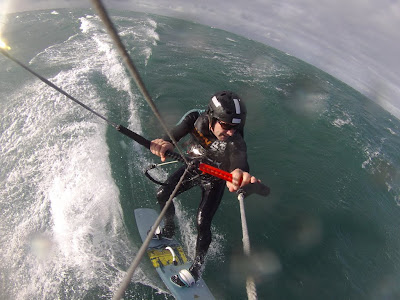 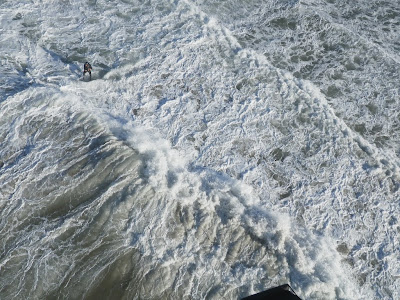 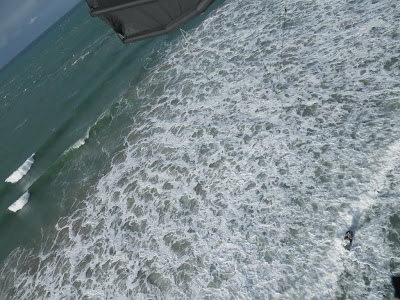 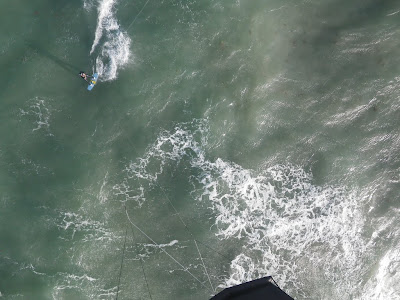 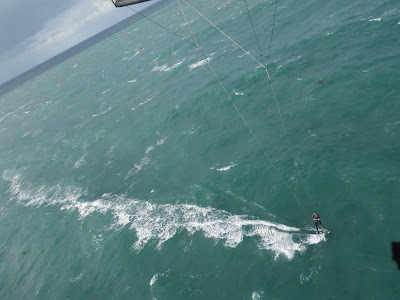 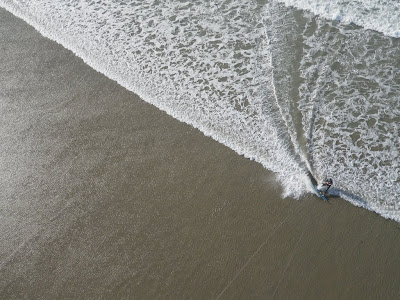 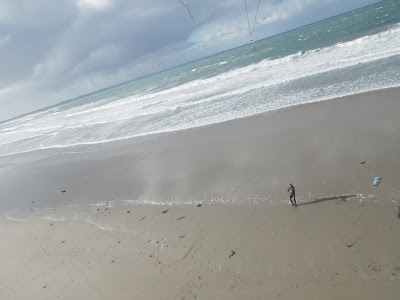 A few kites got dunked, and Stuart killed his Crossbow 7 after it got ripped by a wave and the bladder burst with a loud bang.
After a couple of hours we came in for rest.  Franz and Rod did a car shuffle to the Angling Club in the inlet then we all headed off on a downwinder.  I used the Noise 12m to ensure enough power, and had an epic battle adjusting the below the bar depower with the line jamming in the cleat.
It was nice to go for a cruise, until I dropped my kite.  It got munched by a wave close to the inlet mouth, but I somehow managed to relaunch it and keep going.  There was a strong current crossing the mouth, then a succession of smaller surf zones and sandbars going across to the opposite point.
I did a jump and dropped my kite again (sh*!) but was outside of the major surf zone and relaunched it (phew!).  Heading into flatter water of the inlet I was feeling like a good kitesurfer again and got some nice speed runs it. 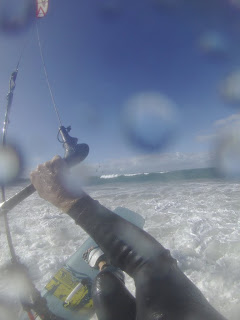 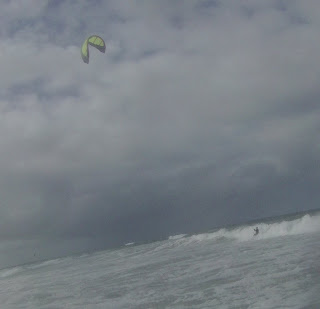 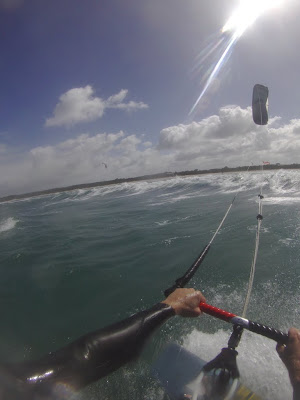 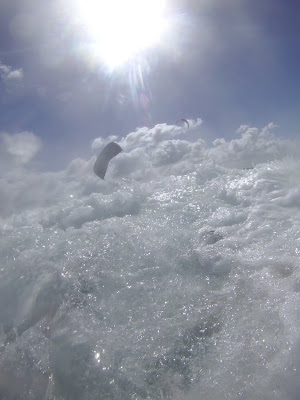 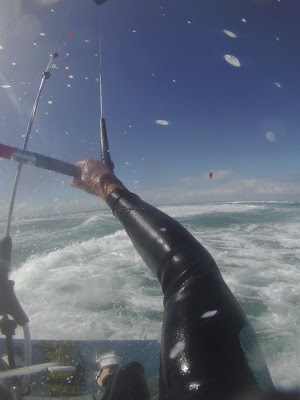 Closer to the beach I raced briefly with Stu Styles who was ripping on his windsurfer; he won.
Then coming to the beach, I passed Hutch who was kiting with my original (first) Crossbow 12m that I sold him a couple of years ago.
Back on the beach, we were all tired but very happy.  Big smiles all around.  We hit the bakery for a large lunch after this great session.  But the day was not yet over . . .


Hanging out, the resident Koala and the arsenal