Fast runs at Hampton made for excellent kitesurfing

Session 390. There were terrifying winds and storms yesterday but the wind on Sunday was more benign. 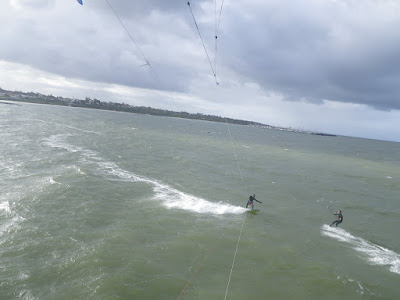 Stuart and I got down to Hampton early and were rewarded with good wind and some very fast runs. Storms were coming down the middle of the bay but were mostly missing Hampton, although we did get a bit of hail at one point.

I did some jumps and dropped the kite a couple of times (Hindenbergs) in the lighter winds.

On one occasion I felt the wind pick up then SMACK I was down, struck by a savage but very brief micro gust!

The rest of the crew showed up about an hour later and headed out, for a short while it was almost crowded.

The speed runs were sensational - cranking up the power and going for it - without being too overpowered.

Afterwards we stopped for coffee and chat in at Sebastion Cafe in Hampton where they have a great Breakfast Board and the coffee is excellent. 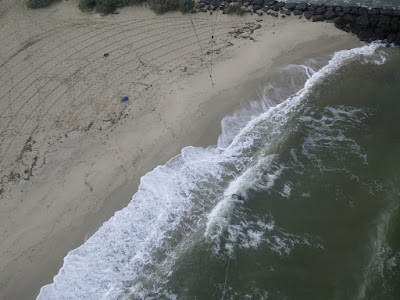 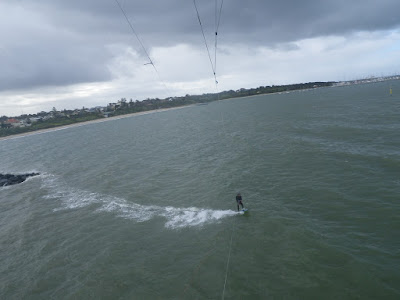 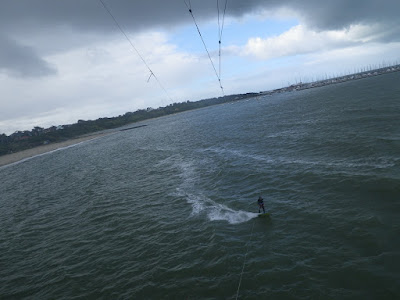 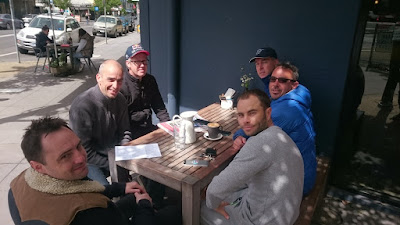 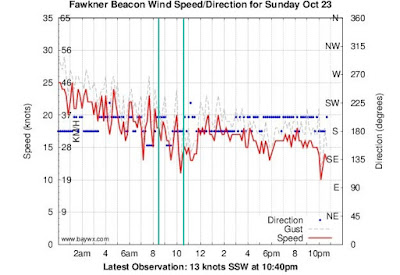