Massive waves but not much wind at Ocean Grove for kitesurfing

Session 392.  Stonker is only shop in Torquay that sells kitesurfing gear so I headed there in the morning to check out a new board. They were one of the first manufactures of kiteboards but don't make them now.  Alex showed me a very nice Wainman Passport 5.8 with quad fins, fairly wide with a swallow tail.  It looked like a nice board for bigger waves so I bought it. 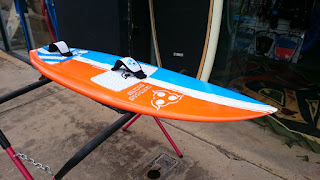 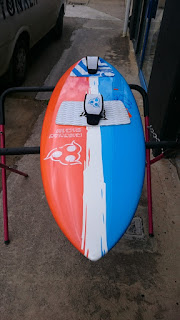 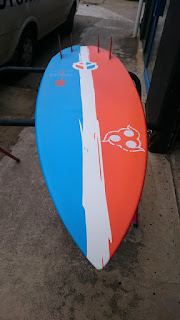 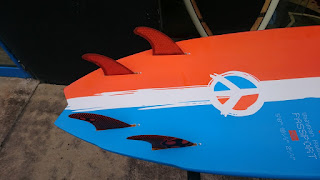 Later that afternoon Stuart and I headed for the Ocean Grove beach near the caravan park.  There was not quite enough wind.  Stuart got out the back once through massive surf but tracked downwind on his return.  I got going but only for a short distance then we tossed it in.

I was happy not to push my luck after yesterday's epic.