Great powder skiing at Asahidake near Mita no Hara

Japan ski trip 2017 ski day 4.  More overcast weather and the gondola was not running due to strong winds at the top station.  Dave and I skied up to the northern slopes to where we got the great powder yesterday. Ian and Donald came with us but Dave and I soon got ahead of them.

It was nice to be touring with few people around.  We got to the exit from the steeper slopes then skied up them to the top of the ridge line.  We did a nice run down in the soft snow and came across a guided group (from the Whiteroom) doing the same thing.

We skinned back up and had another great run down. On my way up though both my skins stopped gripping the skis due to old glue and moisture from the snow so I couldn't climb for another run.

After a discussion with Dave I decided to head back and finish packing for our departure at 6:00pm.

Navigation was a bit tricky following tracks back as there were quite a few about, my GPS watch came in handy to confirm my location and route.

The lift had started operating at noon so people waiting did get to ski.  Some days they don't.

Dave arrived later and we finished packing and caught the bus back to Asahikawa. 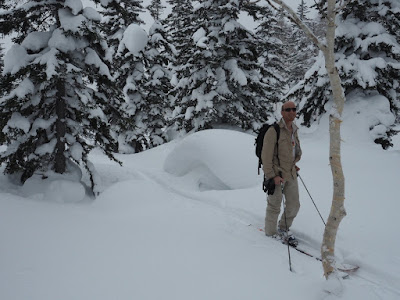 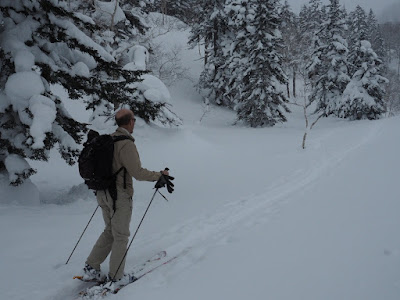 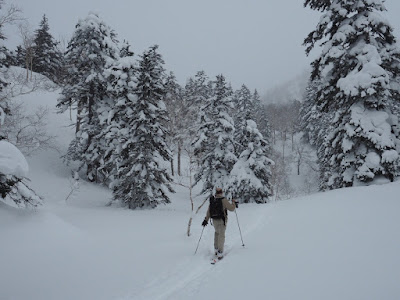 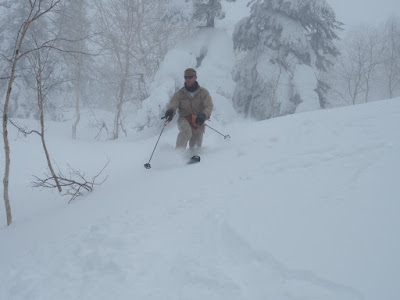 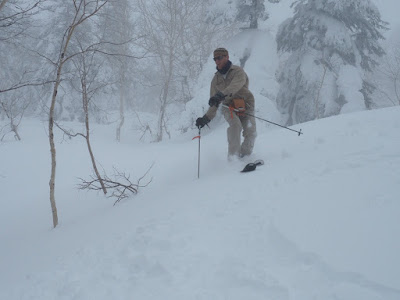 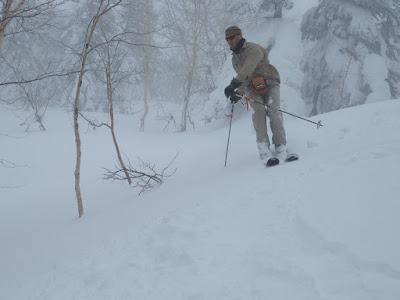 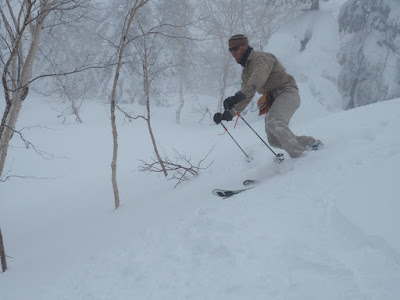 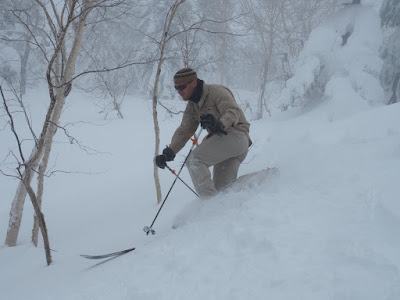 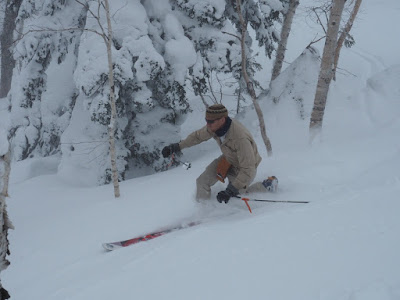 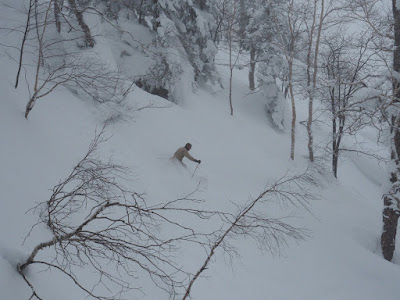 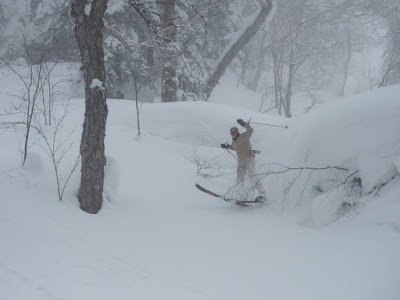 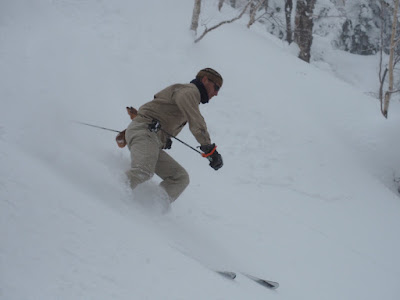 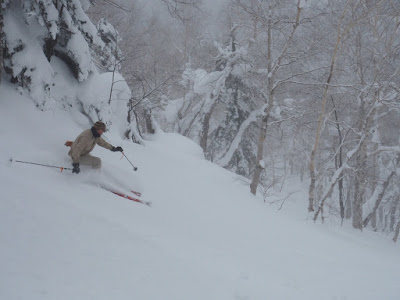 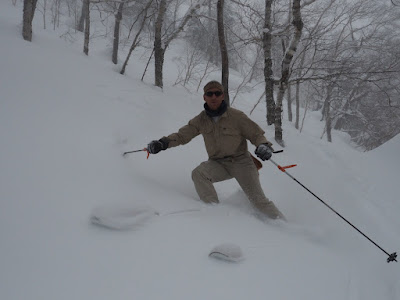