Japan ski trip 2017 day 3. A bit overcast this morning but we could still see the summit. The snow was still good and it was not crowded. We have always got on a lift when waiting at the bottom. We met up with two Kiwis- Donald and Ian, who skied with us for a run out to skiers right.

Some lovely snow at the top then across a mild angled plan and along a ridge. I ducked up to the right with Donald following. We found some of the best snow. Deep, soft and untracked! At the bottom there was a flat plain with a skin track heading back slightly uphill.

We skied along it for quite a distance, hiking up some knolls before we eventually got back to the lift station. A great slackcountry run. Dave, Donald and I skied for the rest of the day and had many more  great runs.

We stopped for a beer with Donald at the Asahidake Manseikaku Hotel Bearmonte which was upscale compared to our lodgings at the Grand Hotel Daisetsu.

Donald said the Niseko is expensive and very crowded even though it is a poor snow year, so it will be interesting to check it out.  We might hike and ski there rather than ski the runs.

Another great meal then some planning about tomorrow, our last day in Asahidake,

I spoke to three Australians from Brisbane in the foyer (Tom and Darby) about the skiing here. 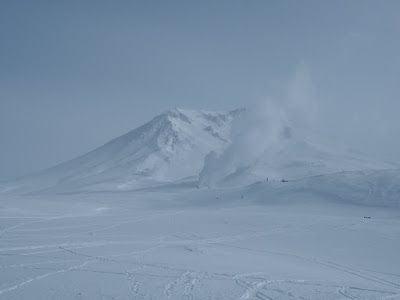 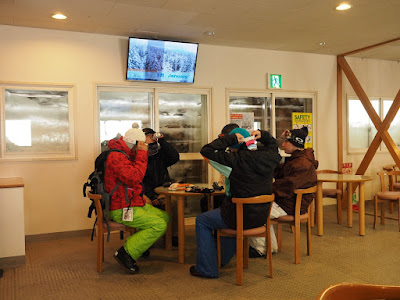 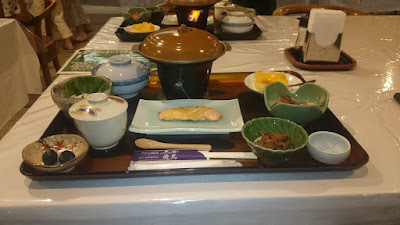 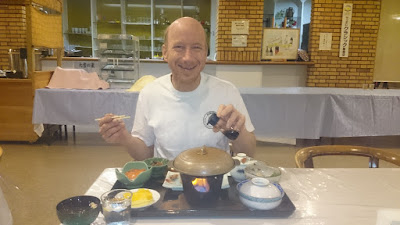