Kitesurfing Across The Bay to Conquer Cancer 2015 was very challenging

Session 322. After months of preparation and training for Across the Bay the day had arrived.

I drove to Port Melbourne and caught the bus with most of the participants to Frankston.  Cesar provided an overview of event while I went over the "group of 10 buddy system", event rules and safety procedures again.


The forecast was for 20+ knots SW coming just before midday so we were feeling confident we would have plenty of wind.

On arrival, we had another group briefing for everyone on the Rosebud foreshore then we set our gear up and headed out to launch. 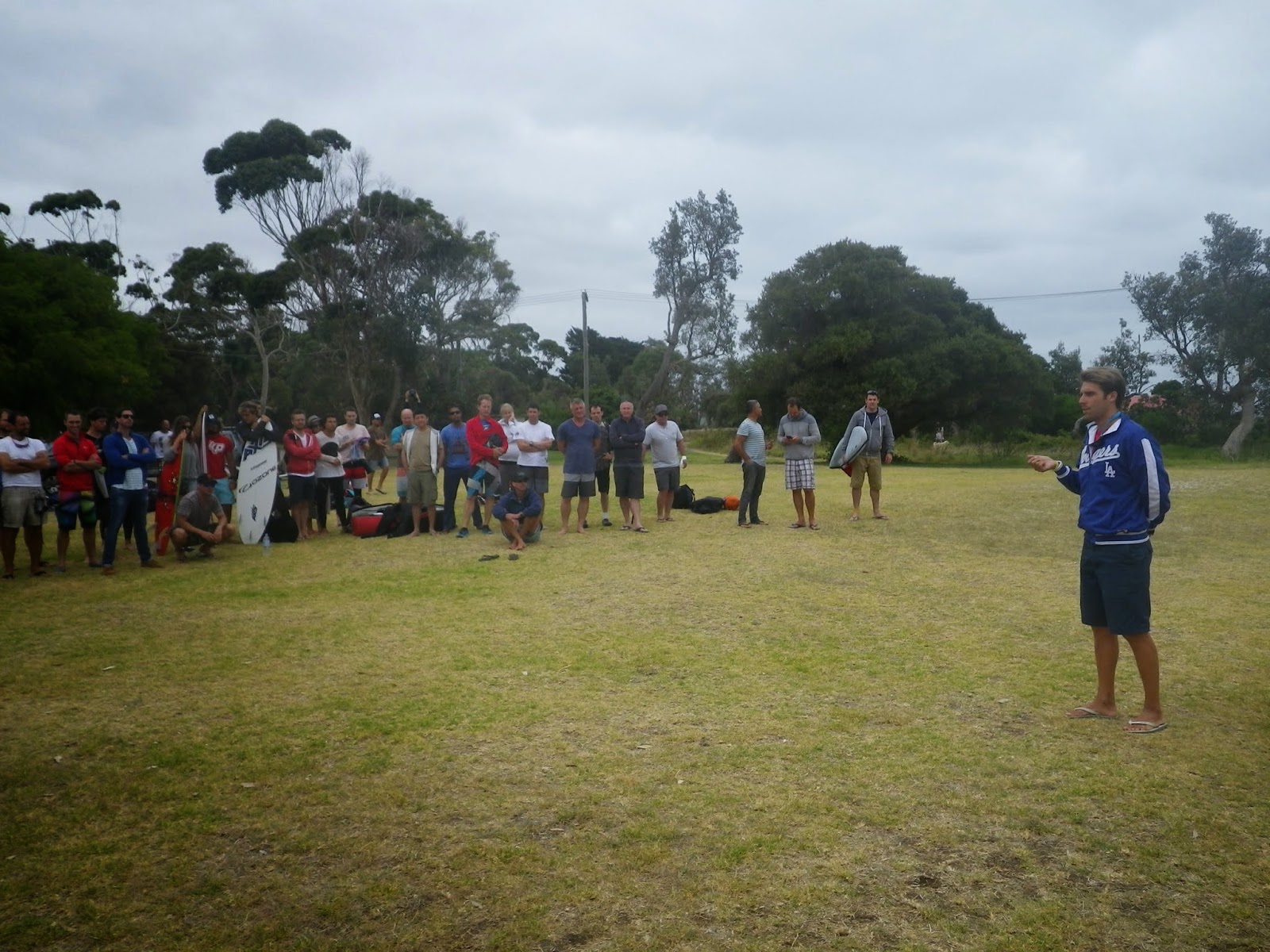 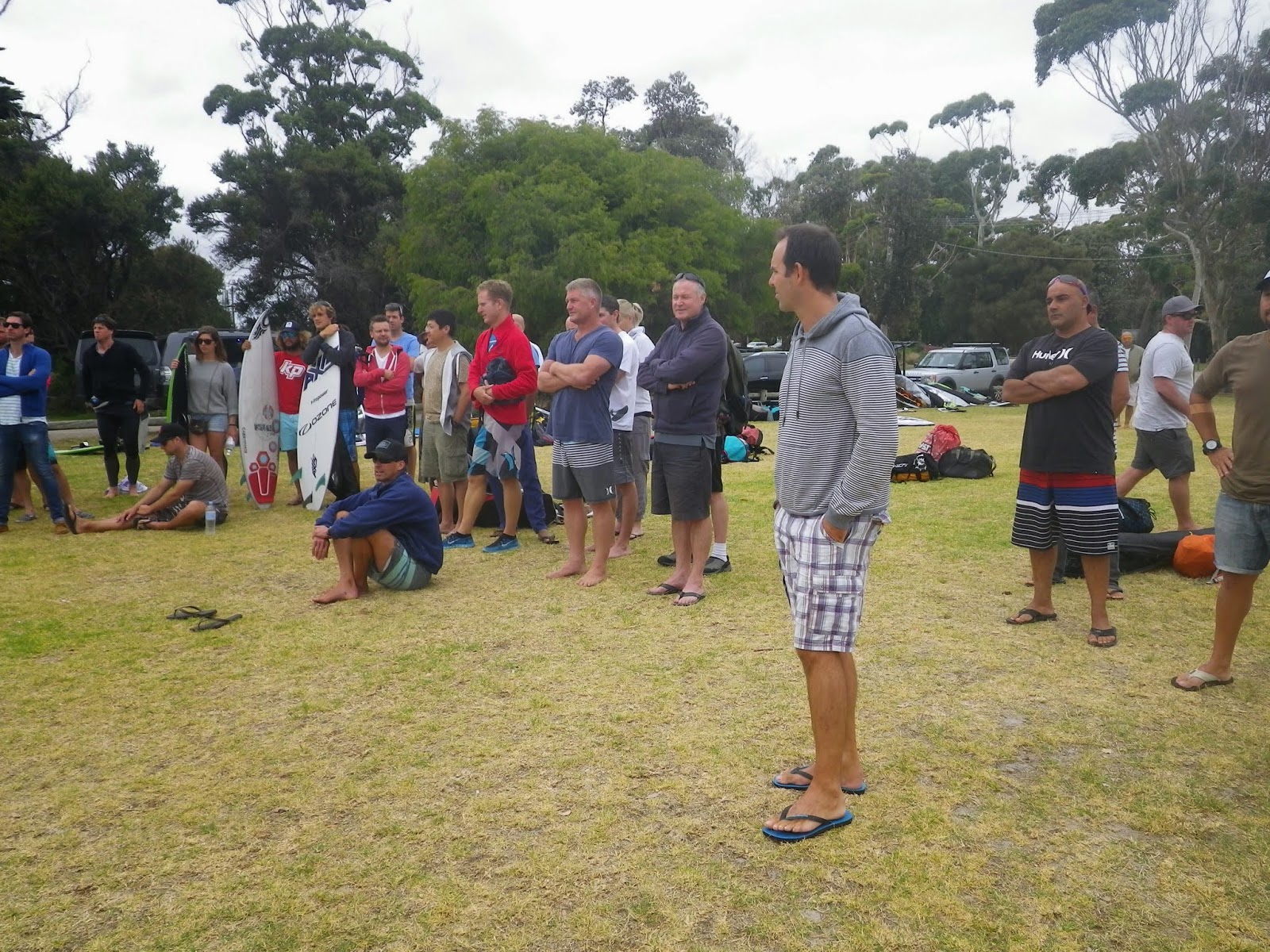 Cesar and I were in the first group.  Wading out through shallow water, the wind was light.  I launched my Lithium 12, walked a bit further, then got going and headed out.  Initially, there was enough wind to plane comfortably, but I was on my Nugget so I was a bit worried others might struggle to get going.

I was advised by radio that the Mt Martha gate was not operating but that was no problem as the headland is a prominent feature.

I plonked into the water and waited for the others to come out.  It took a while but eventually there were 11 other kites on the water so Cesar and I decided we were good to go.

It was a relief to get going, but the wind was getting lighter and we were immediately struggling to stay to together as a group.  I waited again for our group to get together.  When the some others arrived I got going again, pacing with the Kite Lead boat to the south of the shipping channel.

Some wind came in and we got going up closer to Mornington and around the aquaculture buoys, then it conked out again! I spent over 30 minutes floating and waiting. I relaxed, lay back, drank some water from my drink bladder, had some gel and pondered whether we would all have to be rescued.

Our several rescue boats and crew were kept busy relaunching kiters when they could and rescuing others.  It was reassuring to hear them at work over the radio.

Then looking back, I could see lots of kites in the distance so wind was finally coming! I waited eagerly.  It was weird sitting in no wind and watching the kites slowly approach. As they got near the wind arrived and I immediately got going which felt fantastic. I really didn't think this would happen.

I formed a small group with Paul Cameron and some other kiters as we tracked towards Frankston but we soon turned to head for Ricketts Point, not wishing to risk lighter winds closer to shore.

Our small group got in a nice rhythm as we headed across the bight in around 20 knots.  I didn't see any sea creatures but other kiters later said they saw and kited with a large pod of dolphins and a few people said they saw a small shark.  I stopped to check people stationary in the water a few times but all was good.

Ivan came fanging past in great style obviously enjoying himself.

Past Ricketts I crashed the kite on a downloop and it flipped, crossing some lines. I was still able to fly it and thought about landing at Hampton to reset the lines but decided to keep going with some caution.

I saw the gate at Brighton and tracked out to and around it, then back on a tack towards Port Melbourne. I was still nicely powered but feeling quite fatigued so it I was taking it easy.

Coming in to Port Melbourne beach was a great relief. I had spent over 4.5 hours on the water.  After landing my kite I congratulated several fellow kiters, helped land some kites, then helped check everyone off as they arrived and coordinate with Kite Base about who had arrived and who they had been rescued.  Everyone was finally accounted for which as a great relief as the Rider Safety Officer.

I got changed and had dinner at Corte with a bunch of very tired but happy kiters.

To those who did not finish the event, including some very experienced kiters and good friends - good on you for having a go.  Getting good wind was a lottery.  Just getting going was a big achievement this time.

A big shout out to Glenn, Rick, Tim, Adam, Paul, Deborah, Jim and all the yacht club volunteers who did such a great job on the day.  The event couldn't have happened with out you.

Looking at the South Channel beacon wind graph archive it shows good wind but there wasn't much at Rosebud and there were big holes of Mornington and Frankston.

We are getting online feedback and will be conducting debrief sessions over the next few weeks to get people's feedback and experiences and share learning from this event.

The really good news is that we collectively raised over $70,000 for the Cancer Council which is a great achievement. 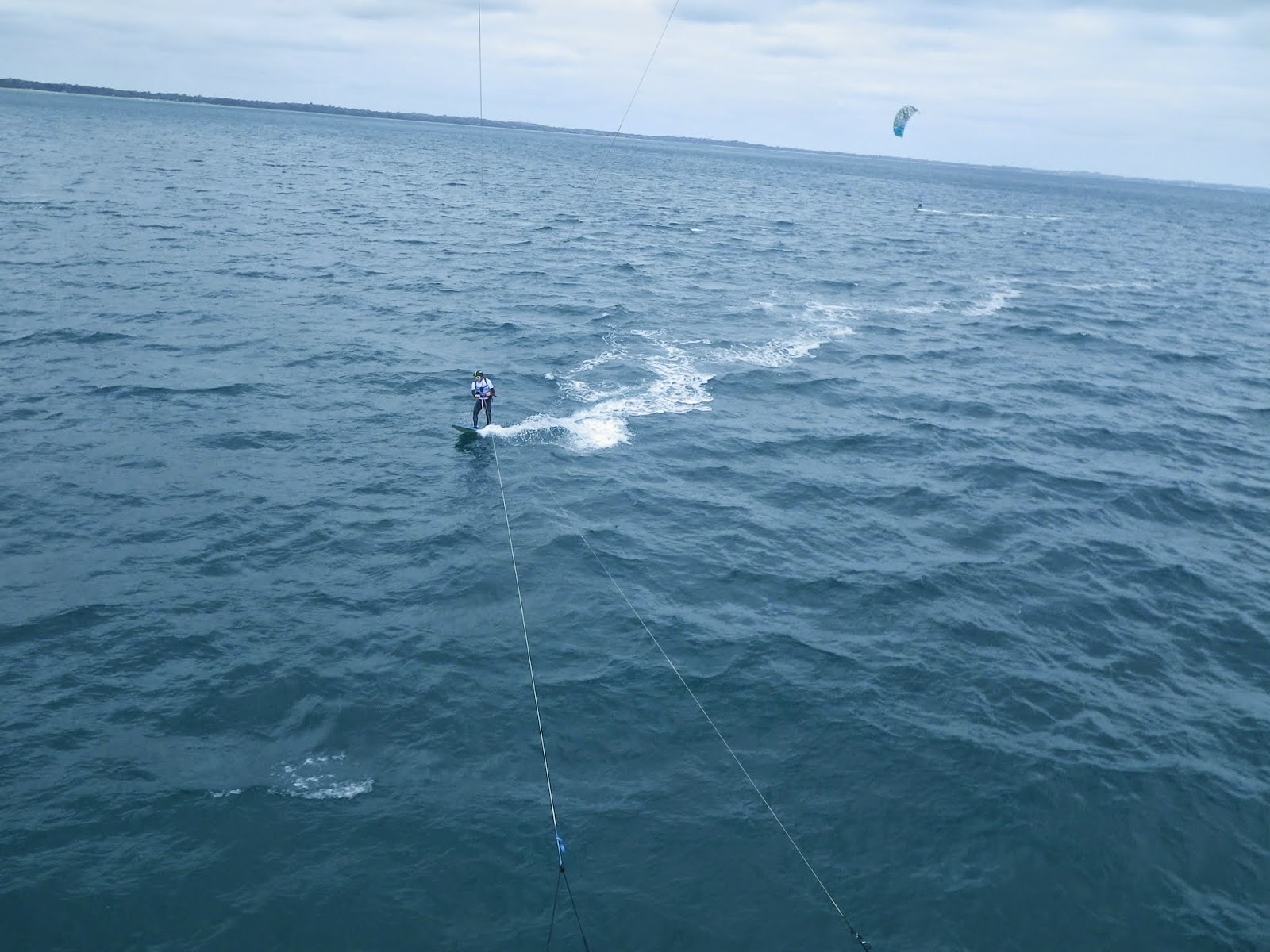 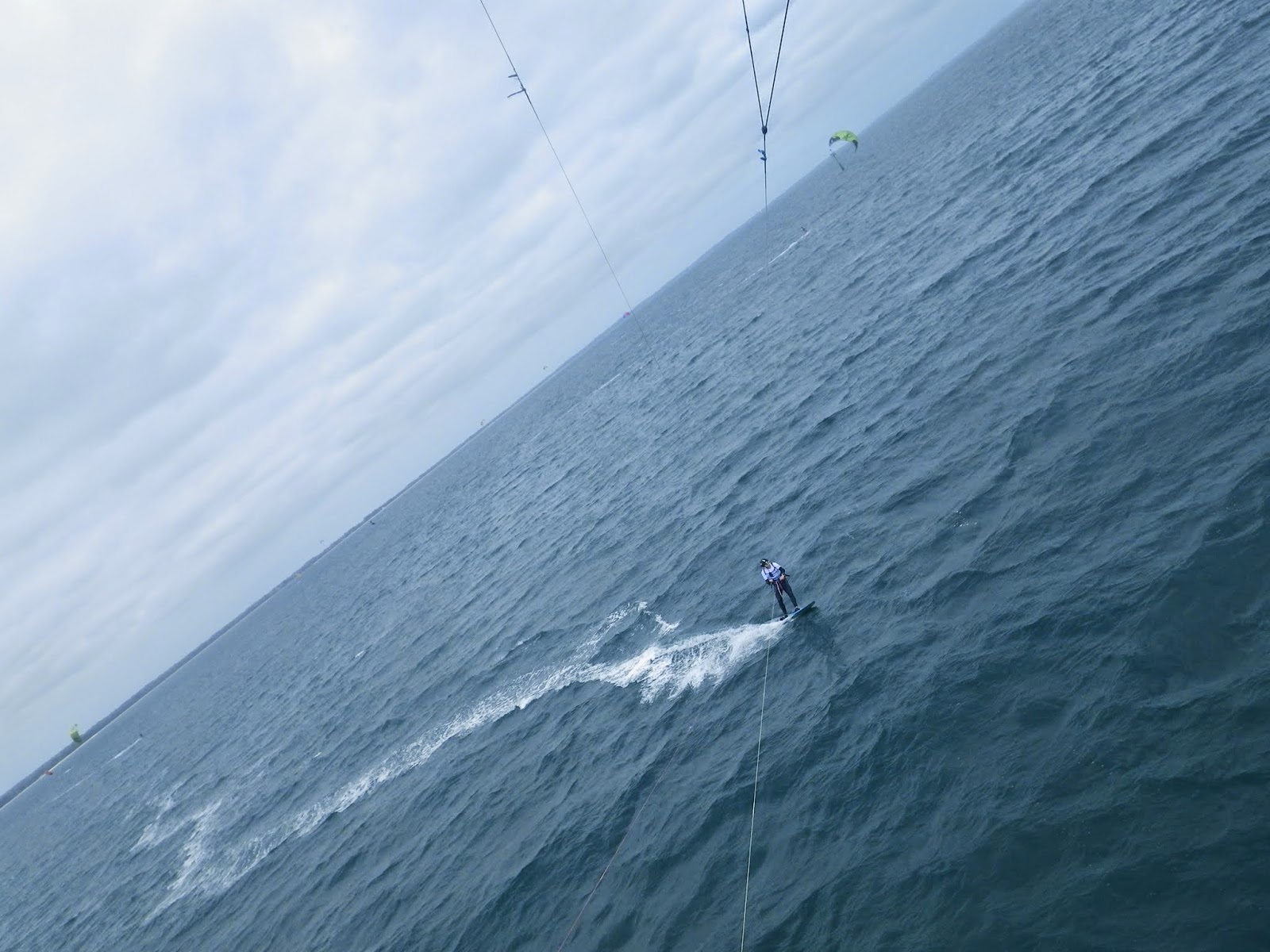 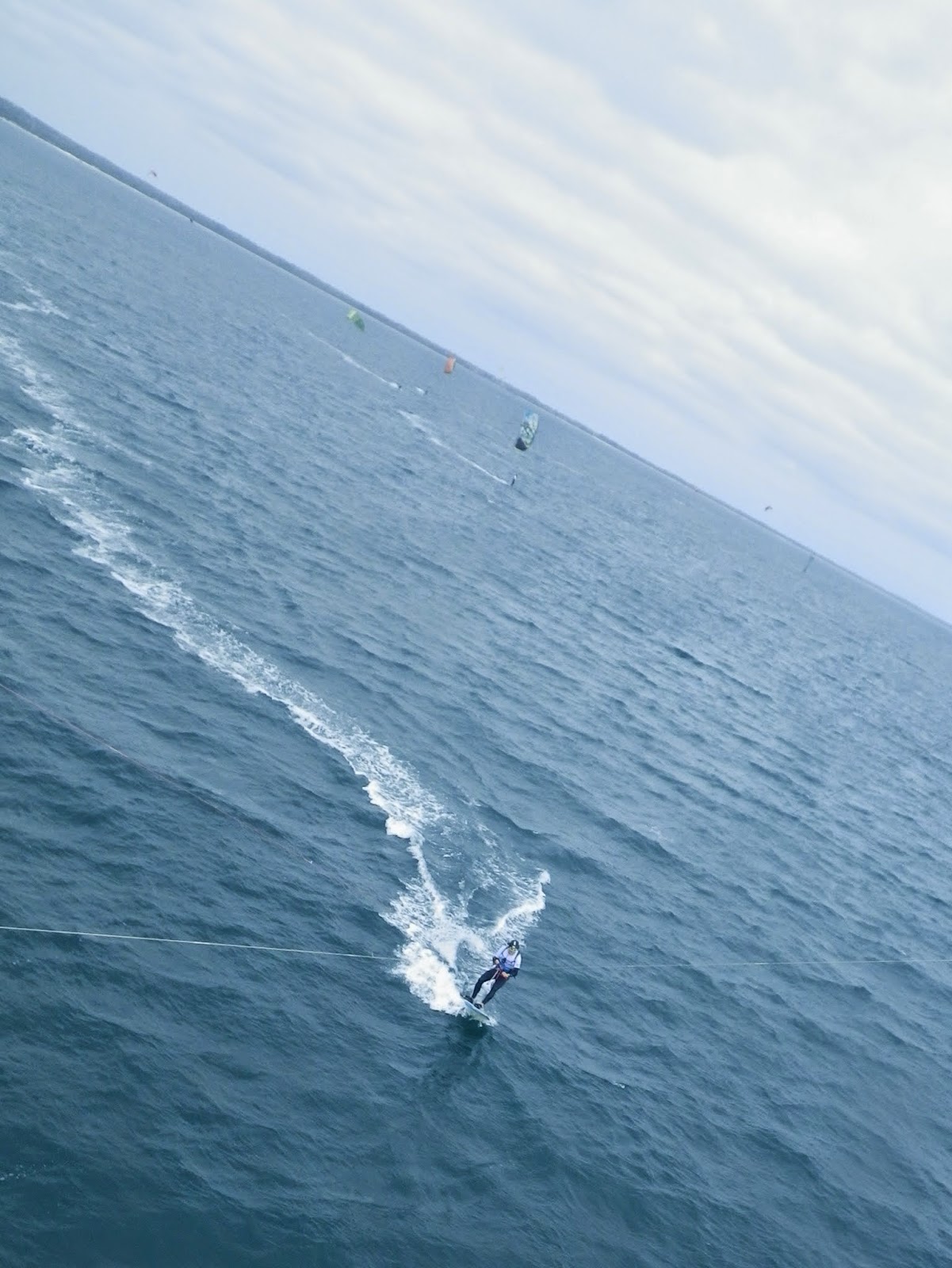 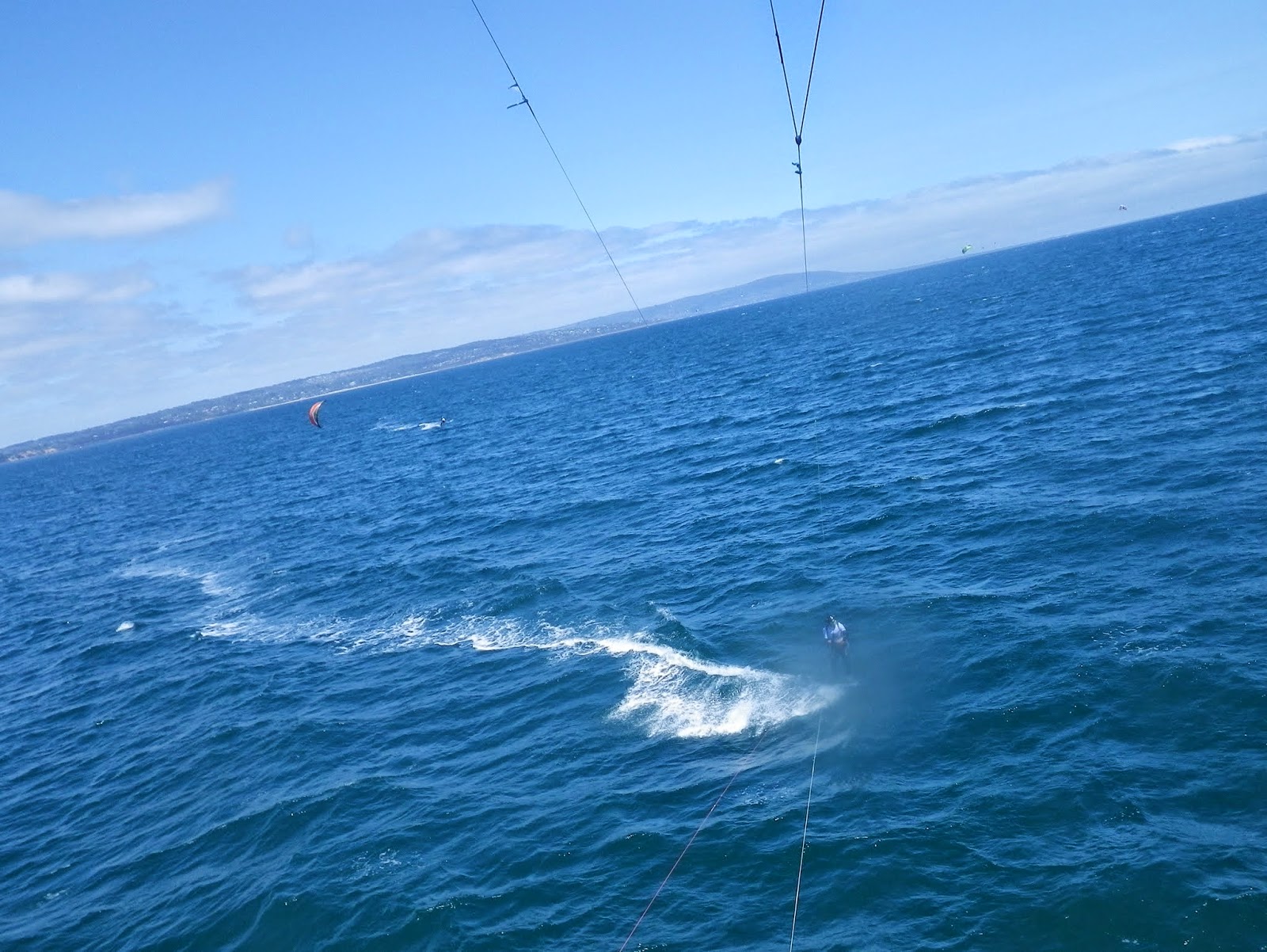 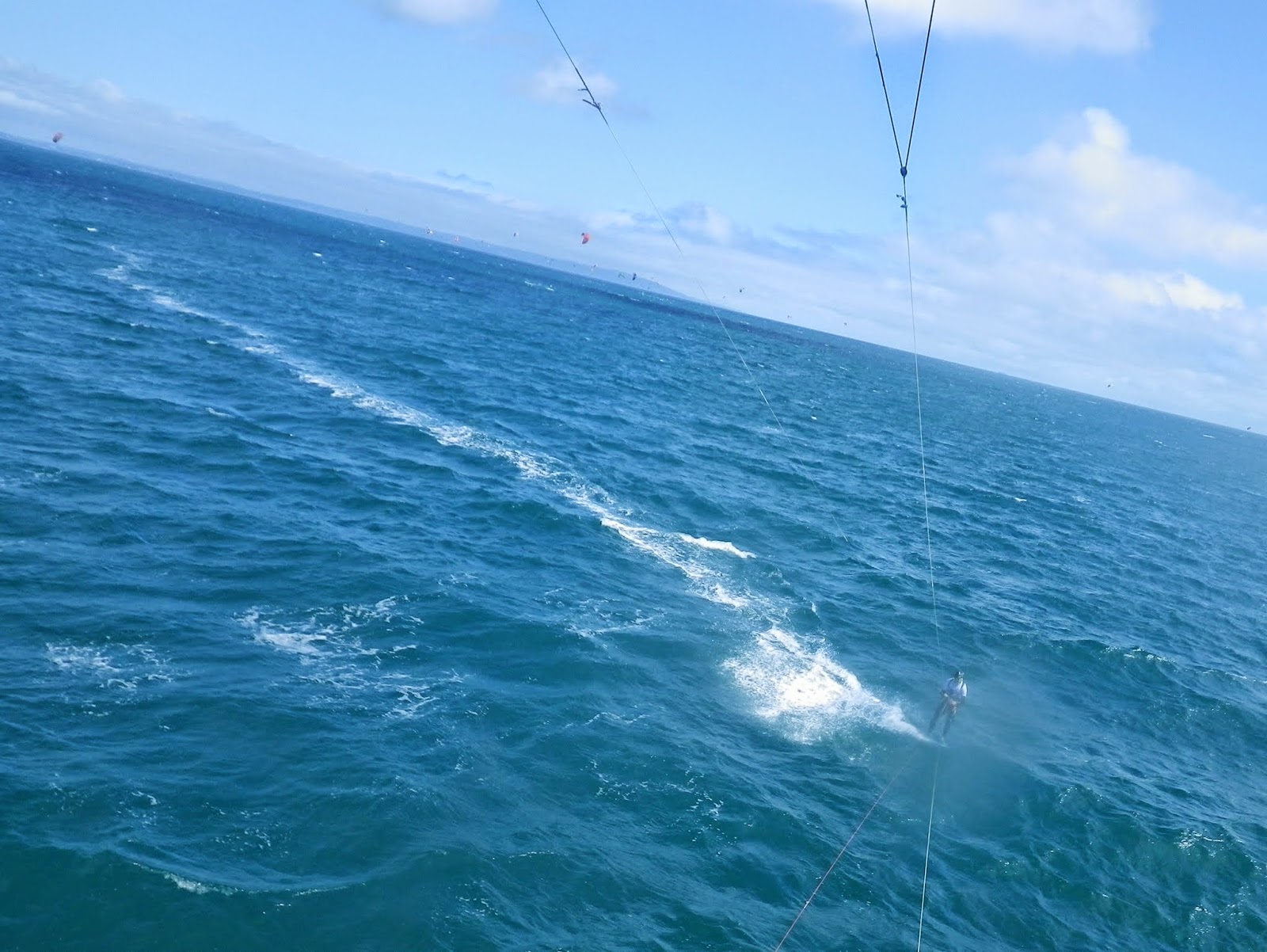 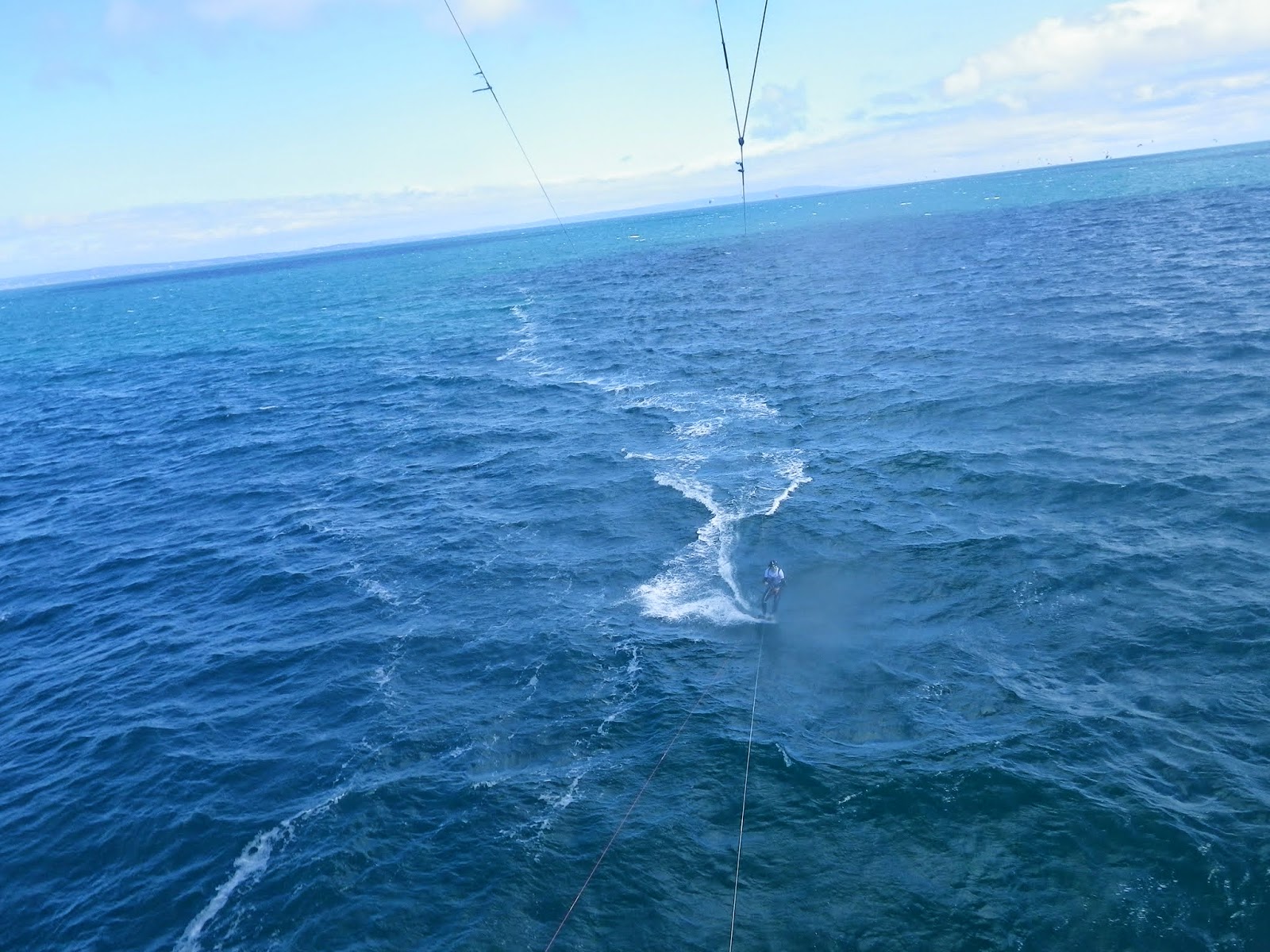 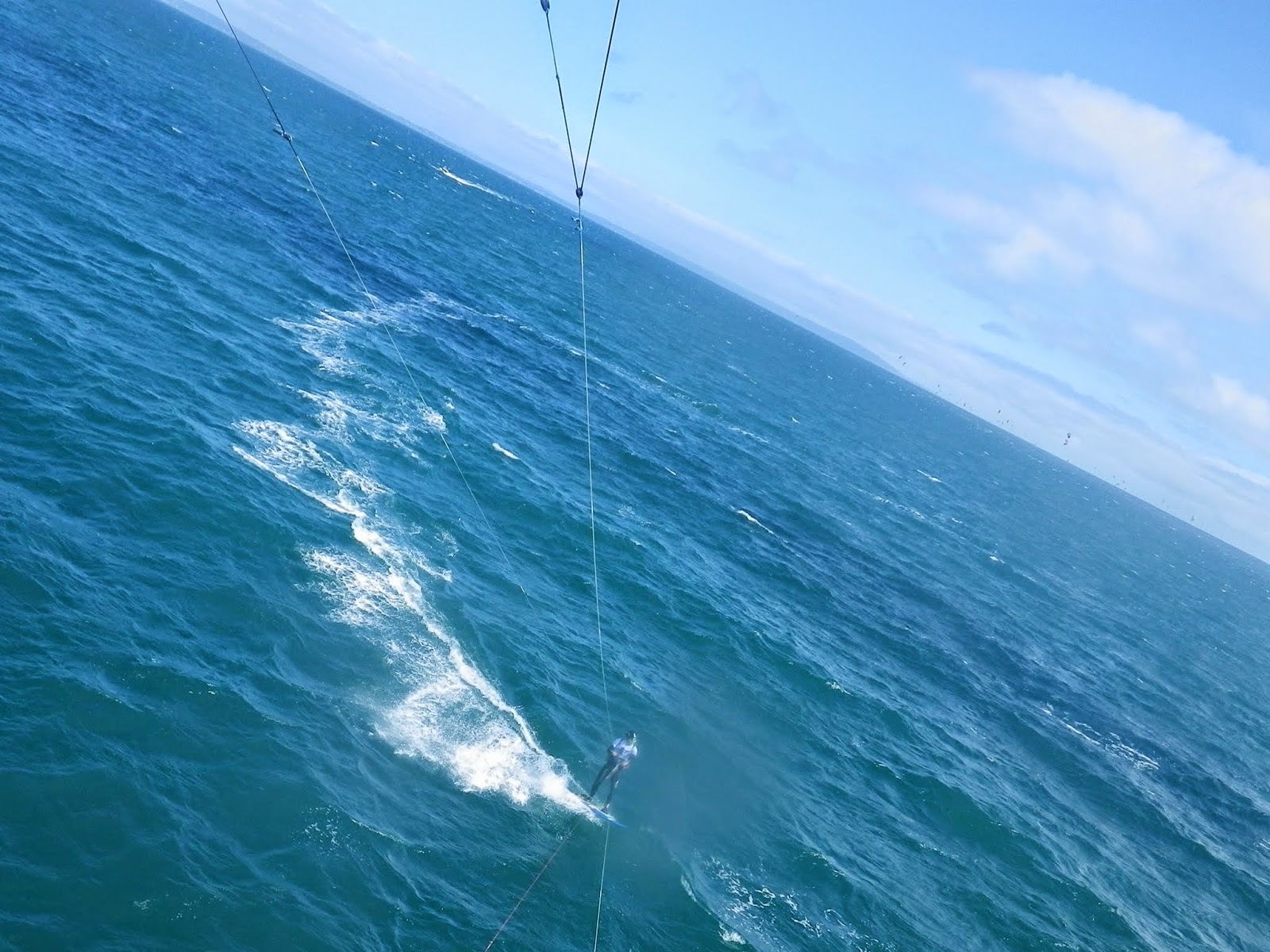 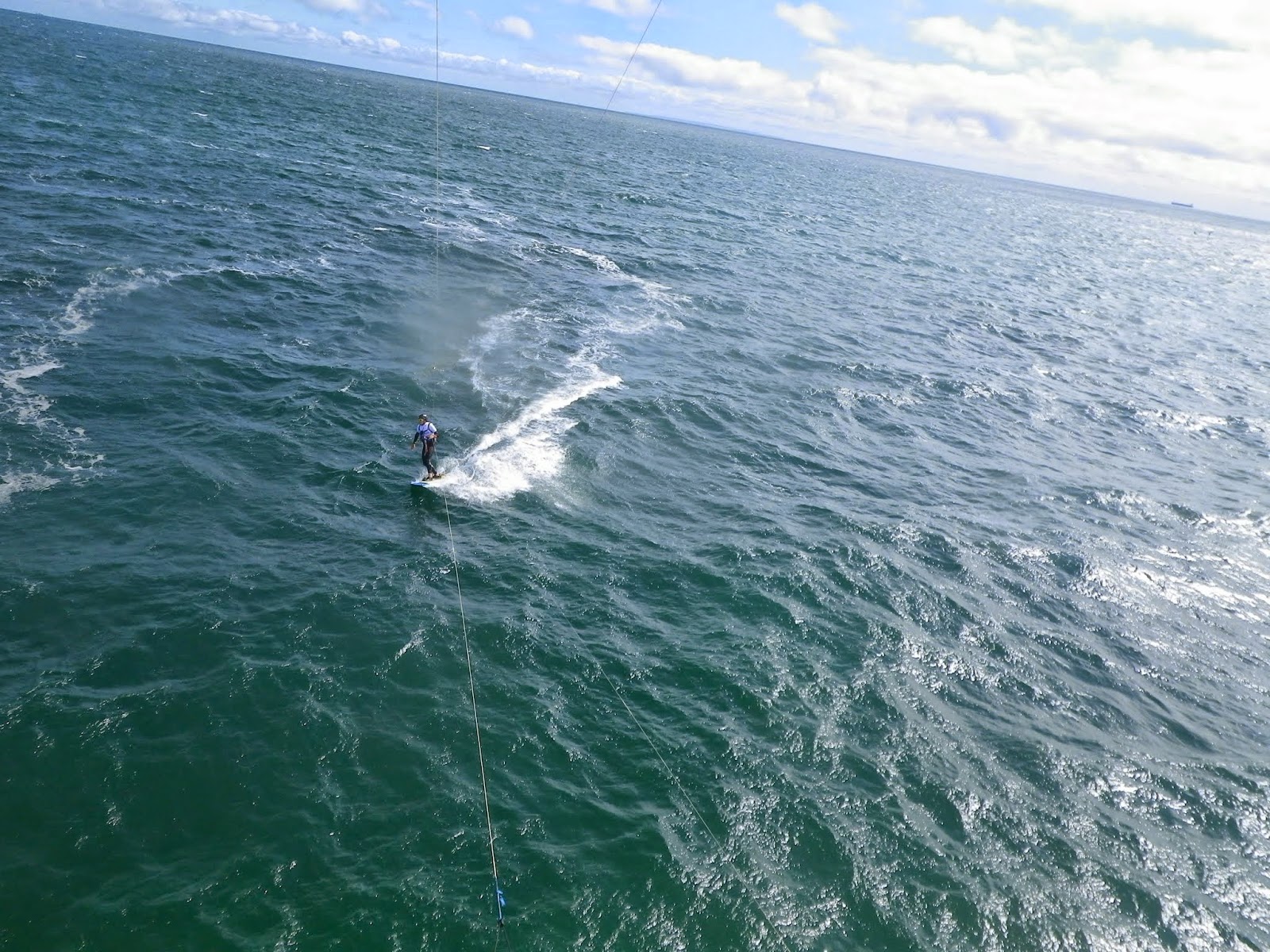 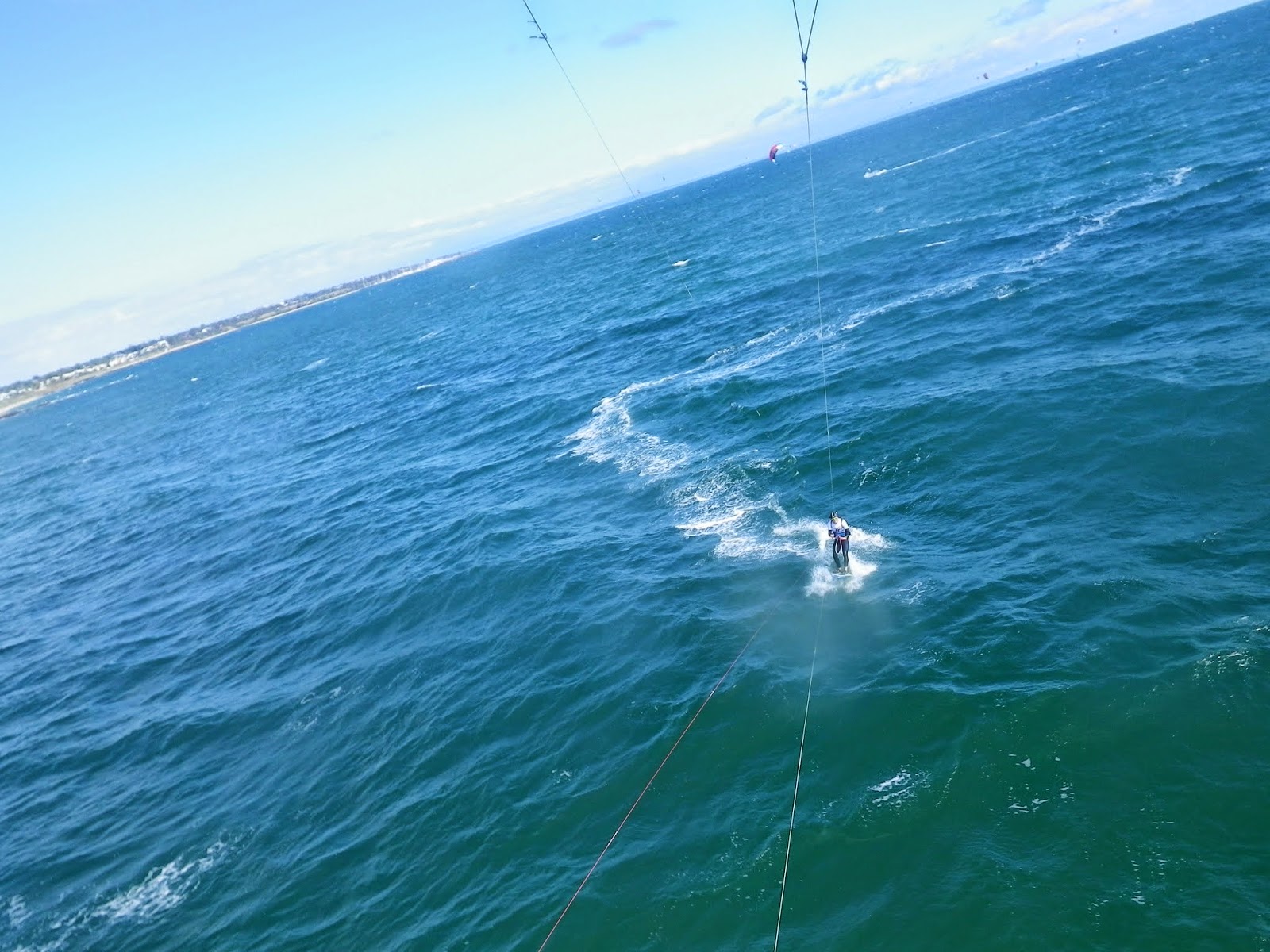 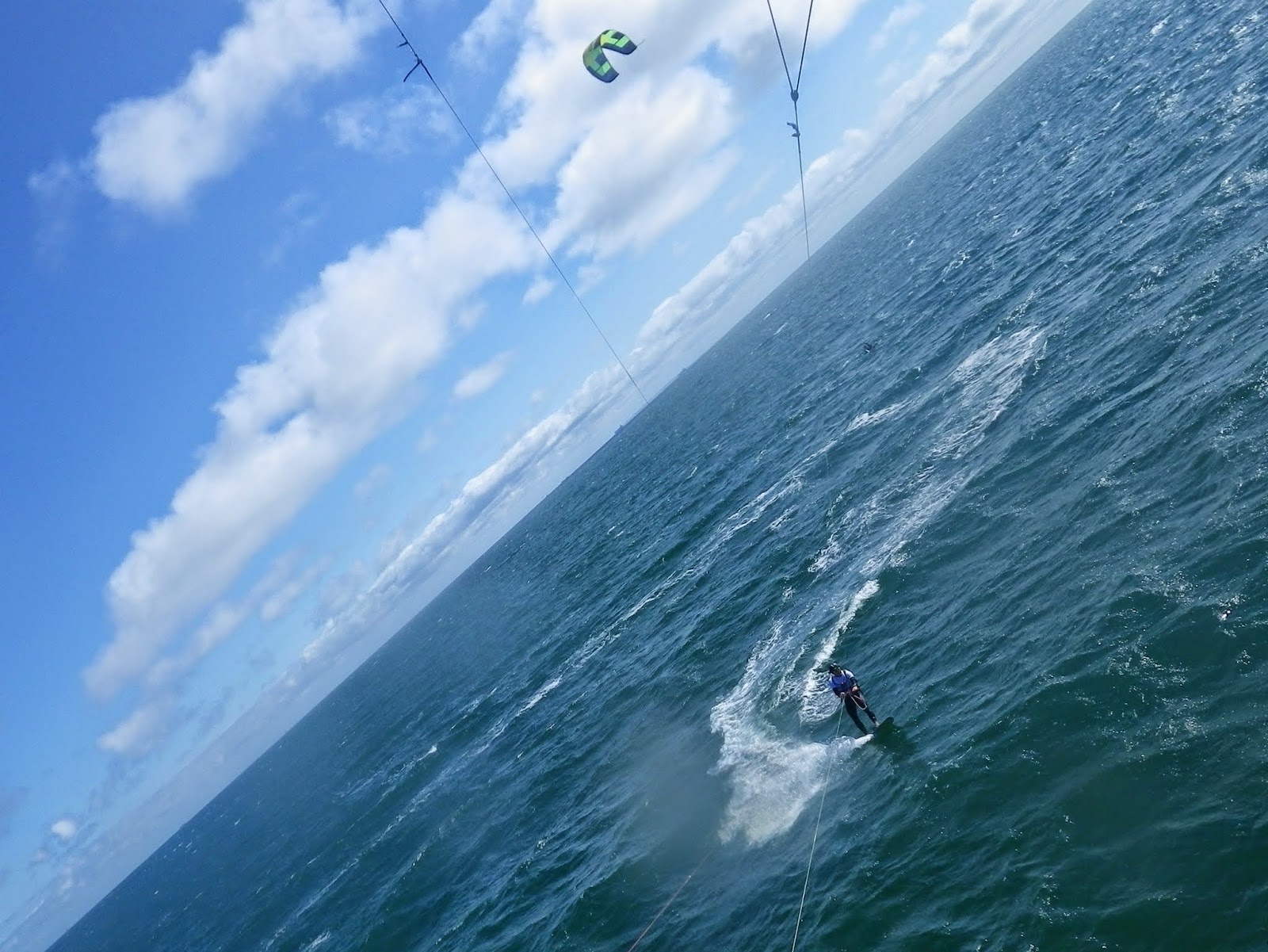 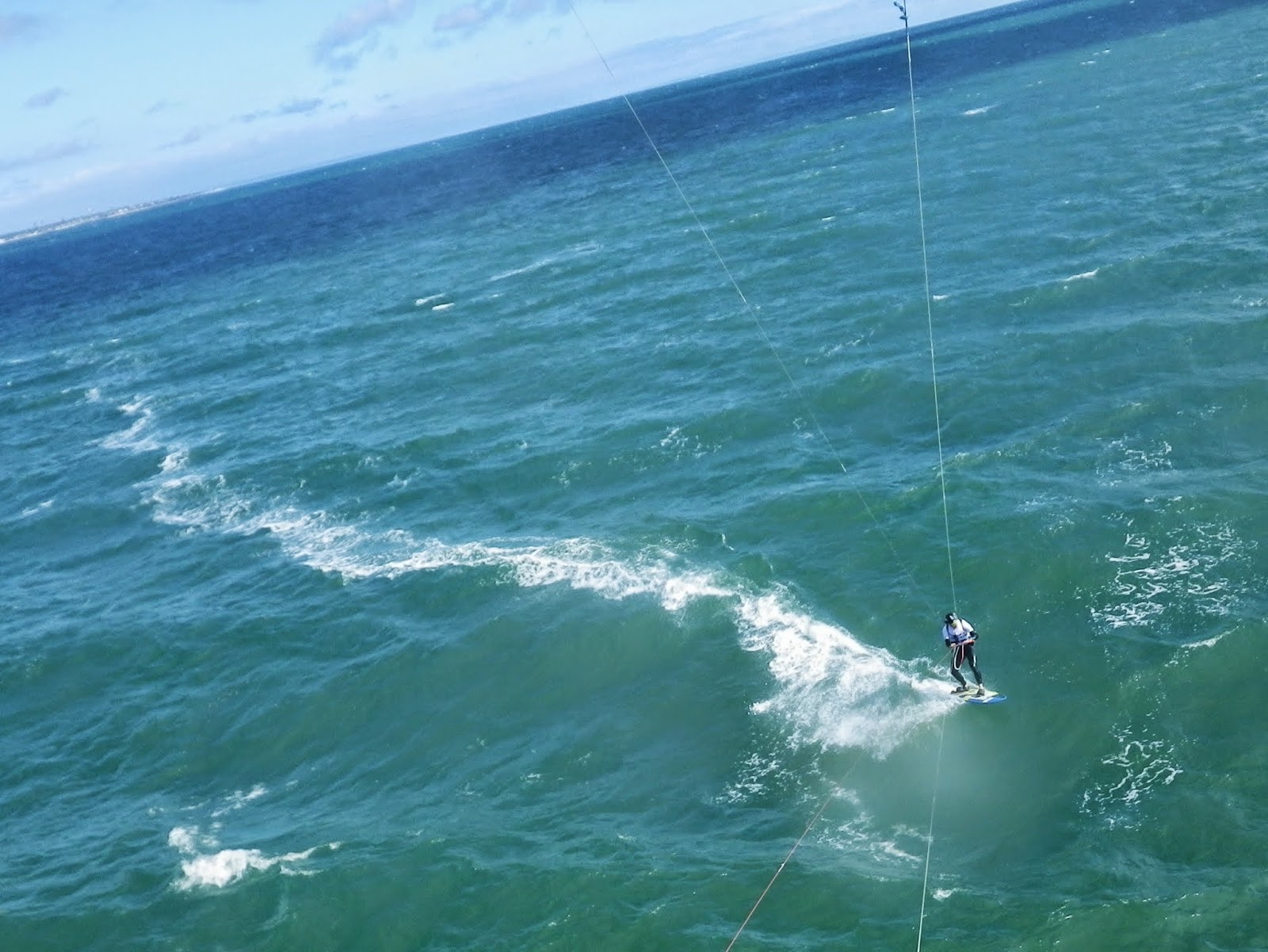 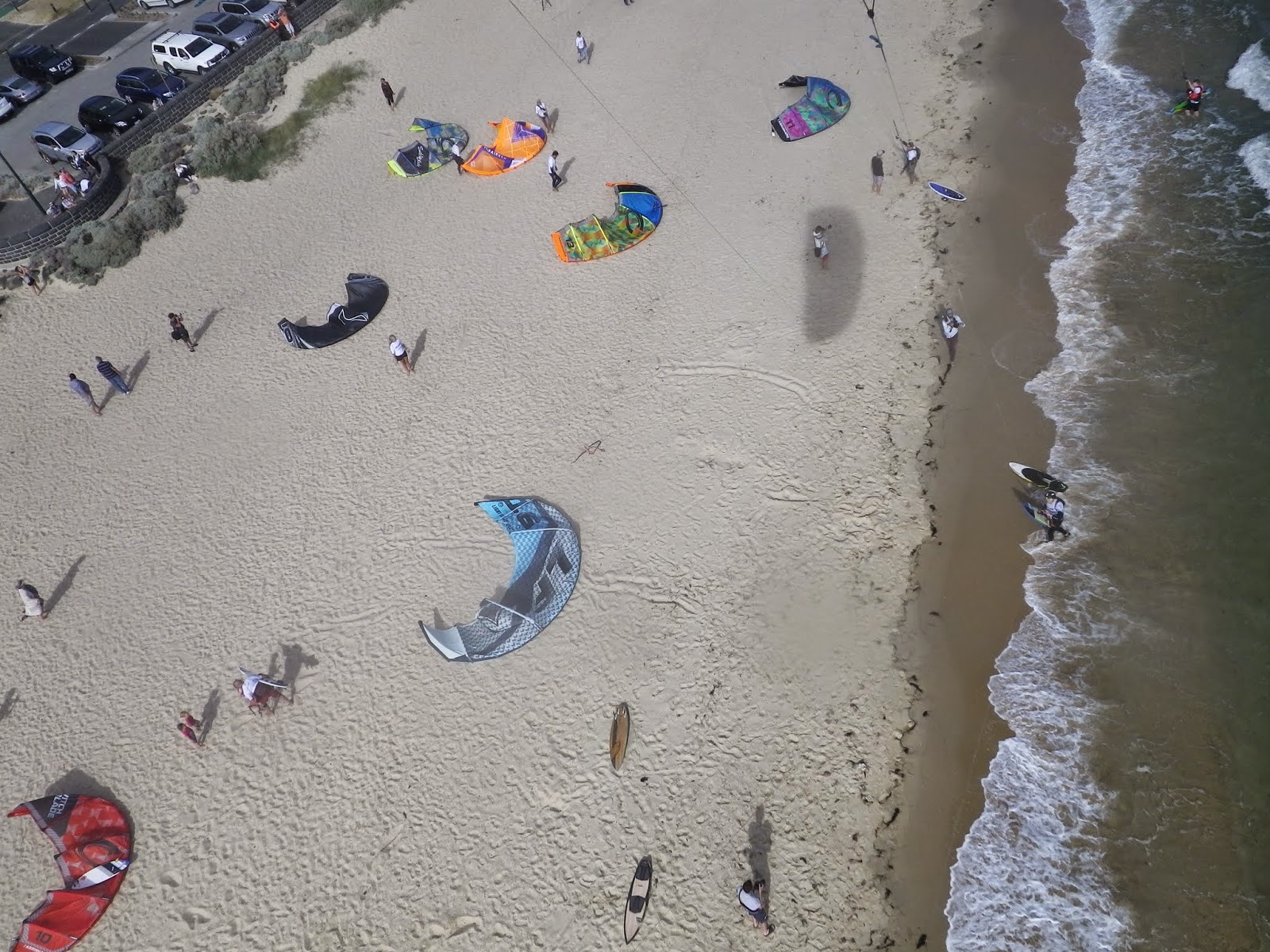 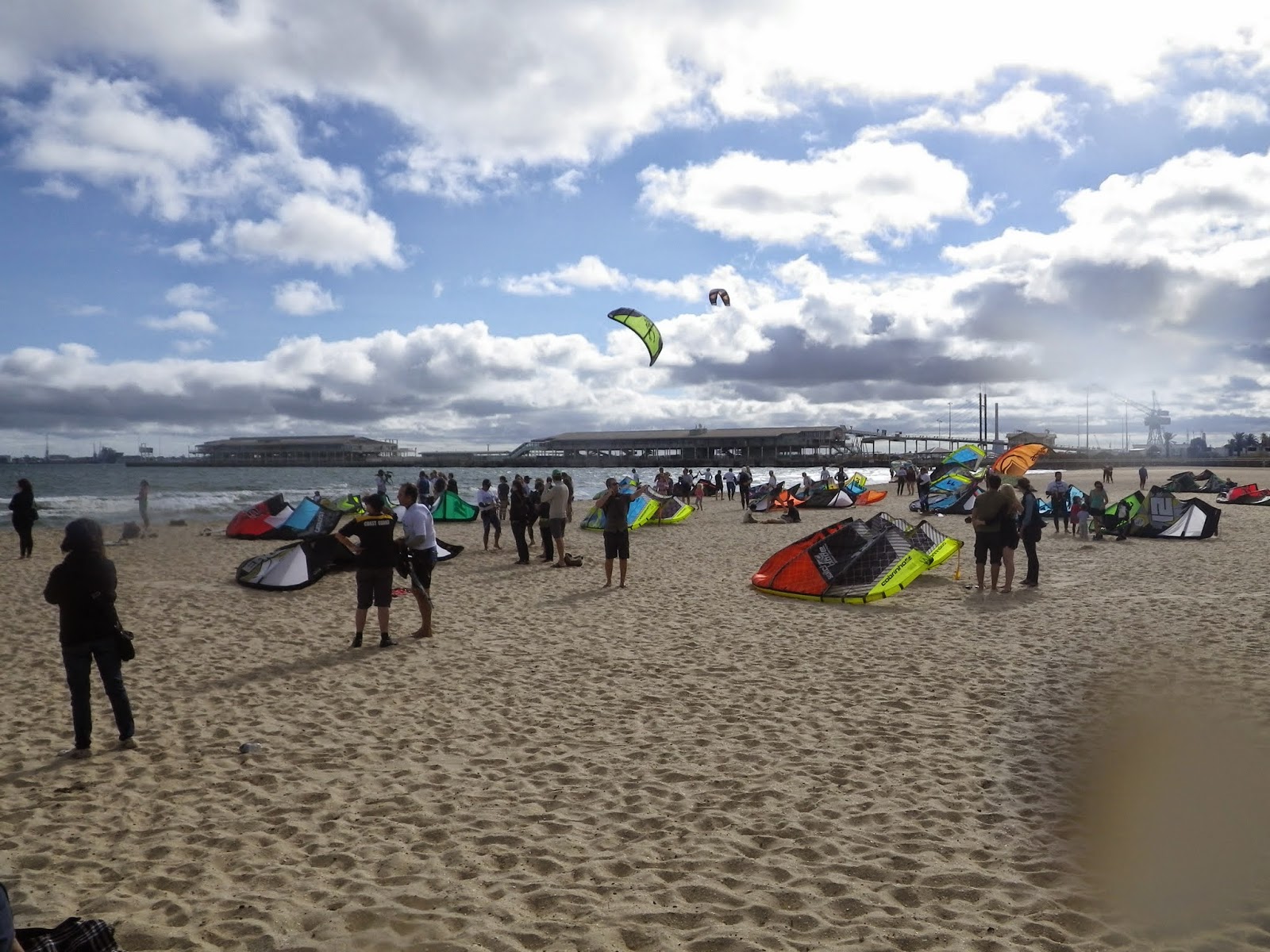 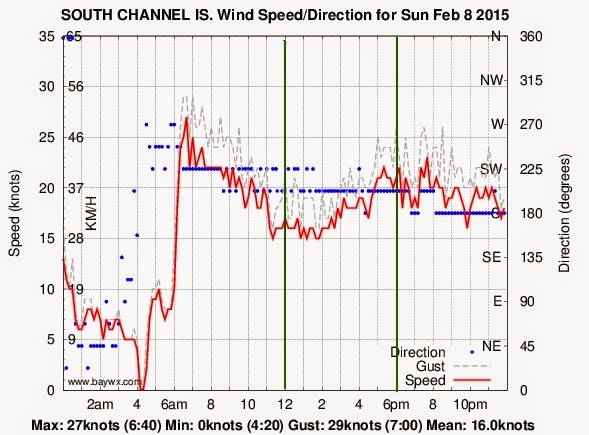