Nice kitesurfing in Brighton northerly but there was some drama

Session 323.  Early reports of the northerly at Rosebud were not too good so I decided to wait and see how the wind at Brighton was.  There was a good northerly in the mid morning so I picked up Mr Styles and we headed for the beach.

It was around 20 knots with the familiar wind shadow close to the beach, so I decided to take out me 12, which turned out to be a good choice. 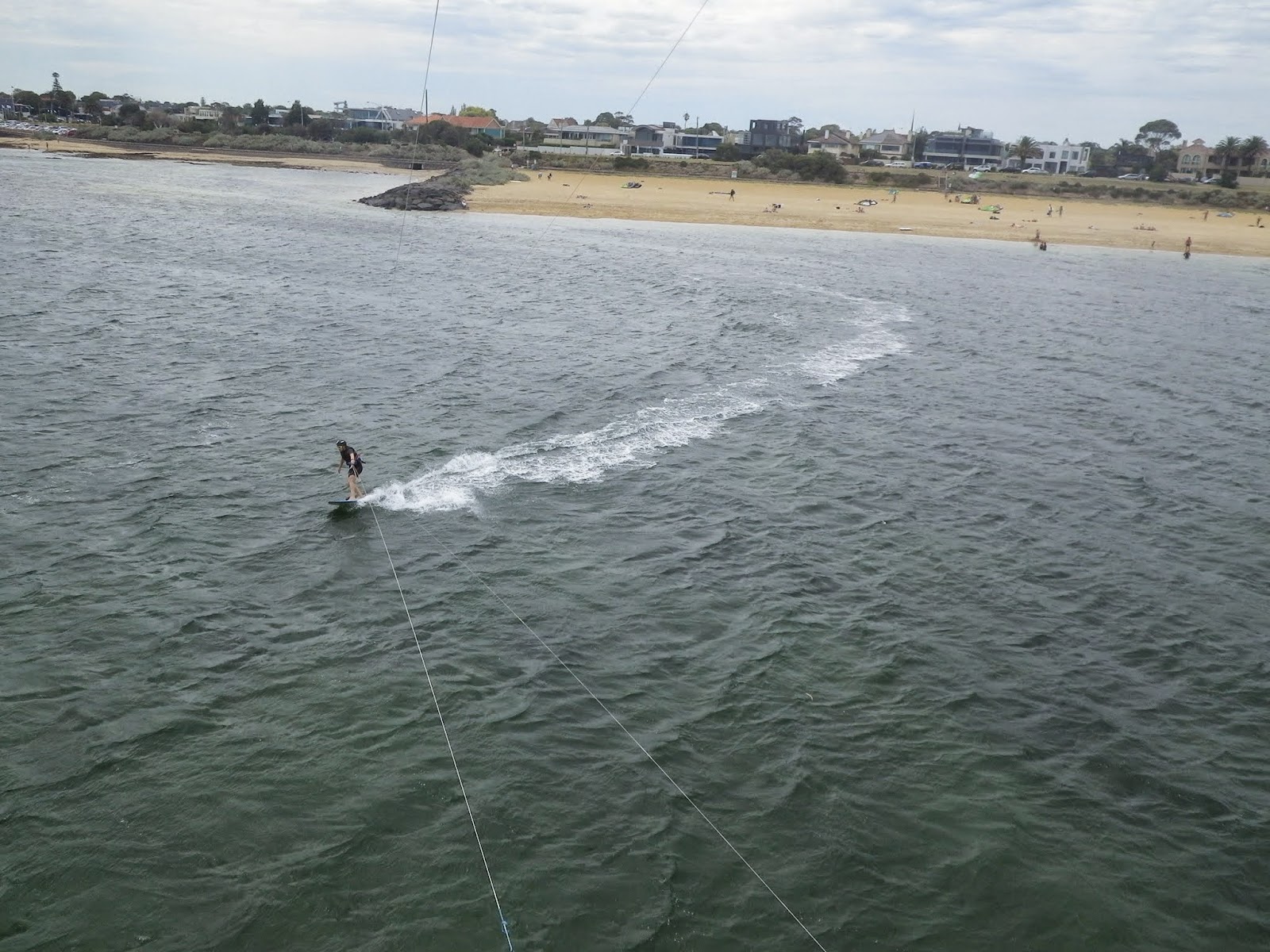 There were a couple of guys on the beach getting dragged about among sunbathers, presumably trying to learn how to kite by themselves.  Not cool.

Getting going on the Nugget was easy and I was well powered once I got out 100m.  Nice runs on a hot day, but no backrolls.  The prospect of crashing, tangling and self-rescuing in a northerly is still a bit daunting.

I did some nice jumps though, and a couple of speed runs.  The Nugget is such as stable platform so riding out lighter winds is easy.

There were up to a dozen kites out, and Stu is going well on his nugget (surf style).  Coming from a strong surfing and windsurfing background he loves the directional board and is already quite accomplished.

Another kiter crashed and inverted his kite about 200m off the beach.  I stopped to check how he was going.  After several attempts he couldn't relaunch his kite so I took his board to shore and told him to wind in his lines and self rescue.  I kept an eye on him as he drifted down to Green Point.  I looked like he might not make it to shore so I came in, landed my kite and got my handheld marine VHF radio.

I spoke to the Coast Guard on channel 16 to advise that a kiter might need rescuing south of Green Point.  Fifteen minutes later he showed up on the beach which was a surprise.  He had just made it to shore then someone gave him a lift back to Brighton, so I advised the Coast Guard that all was OK.

Its handy to have a marine radio for these situations. I will post some information on types suitable for kitersurfing.

I called by at The Zu Boardsports to pick up a Naish Nalu 11m inflatable SUP - more on that will follow. 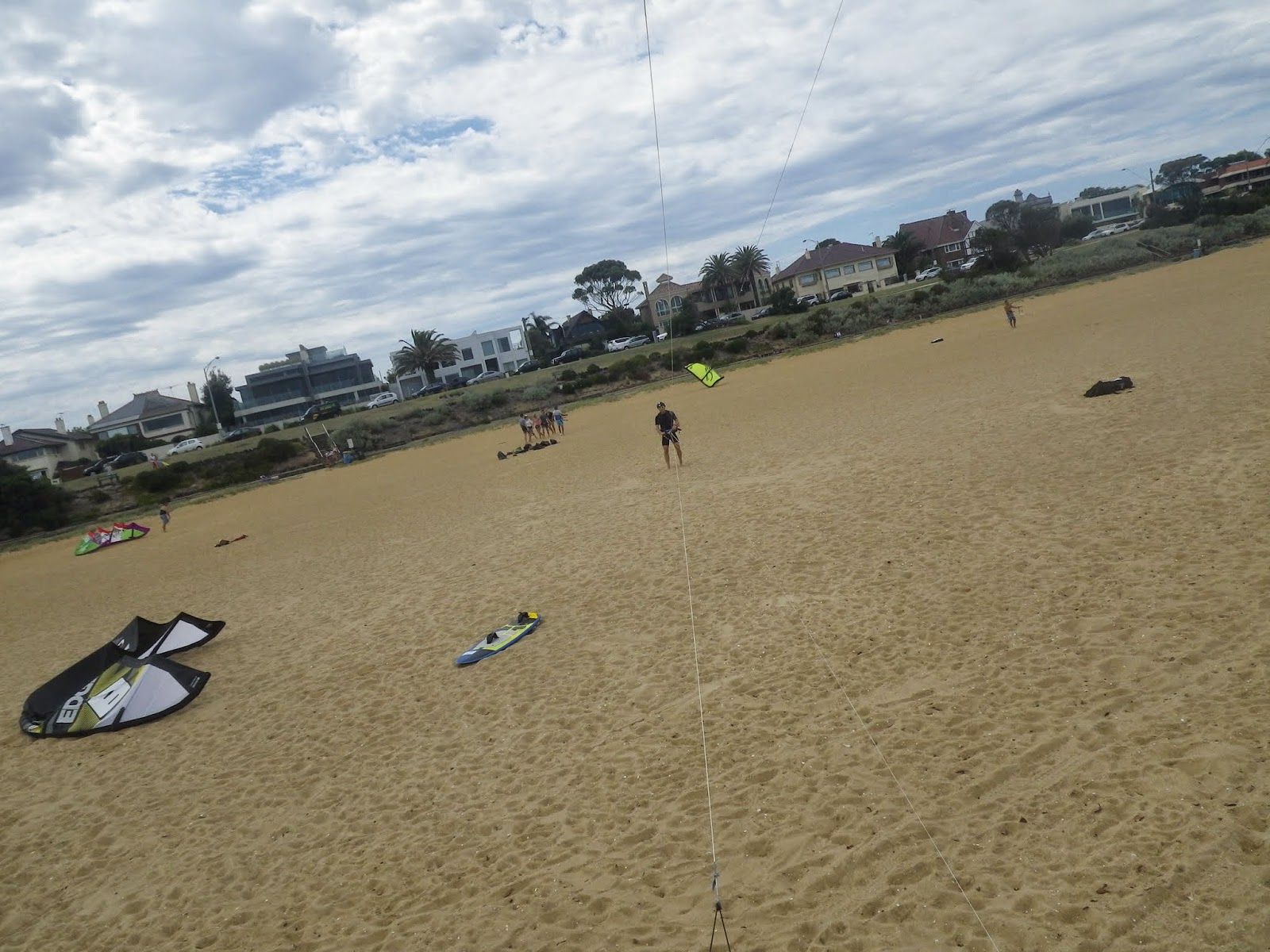 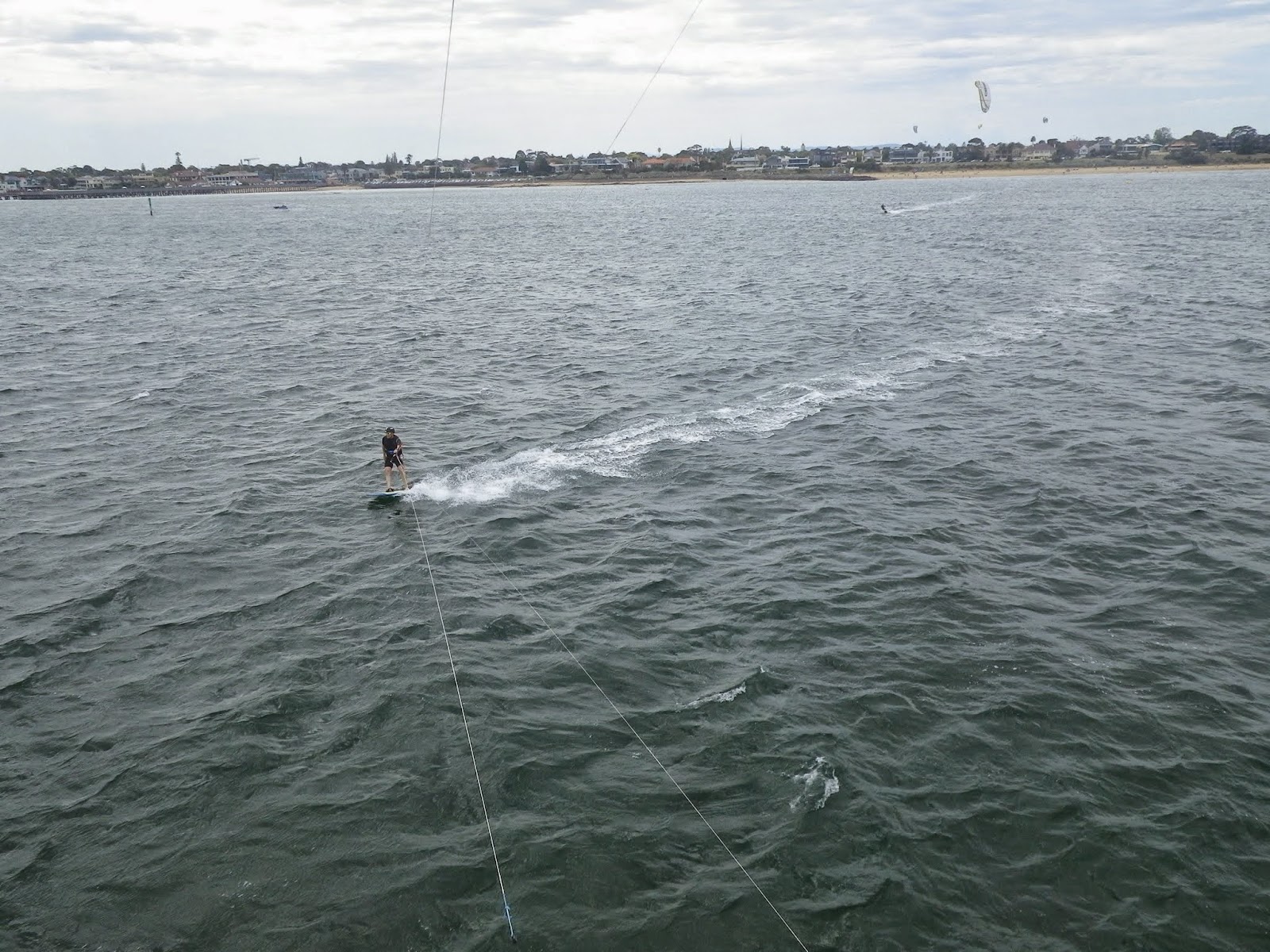 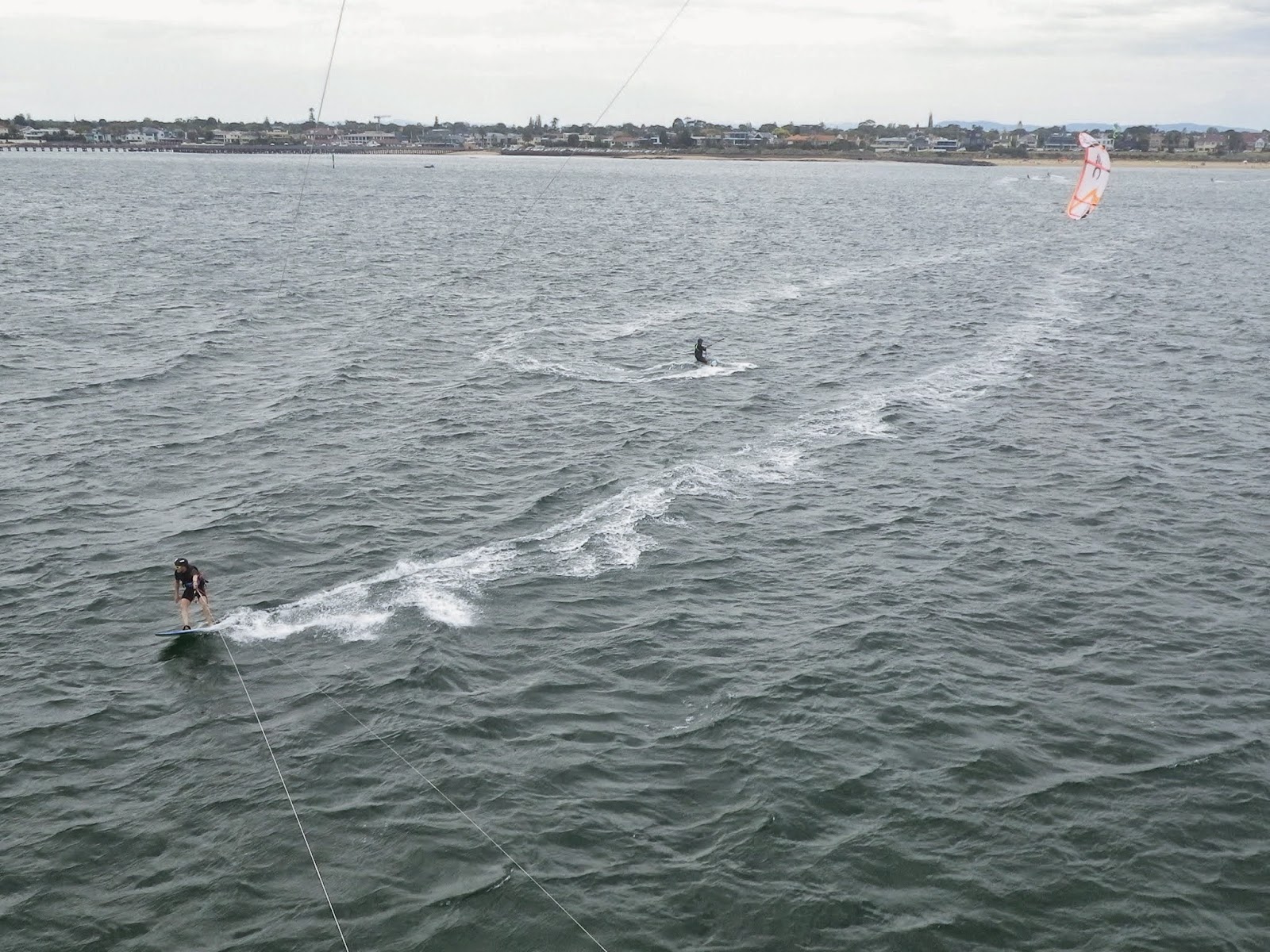 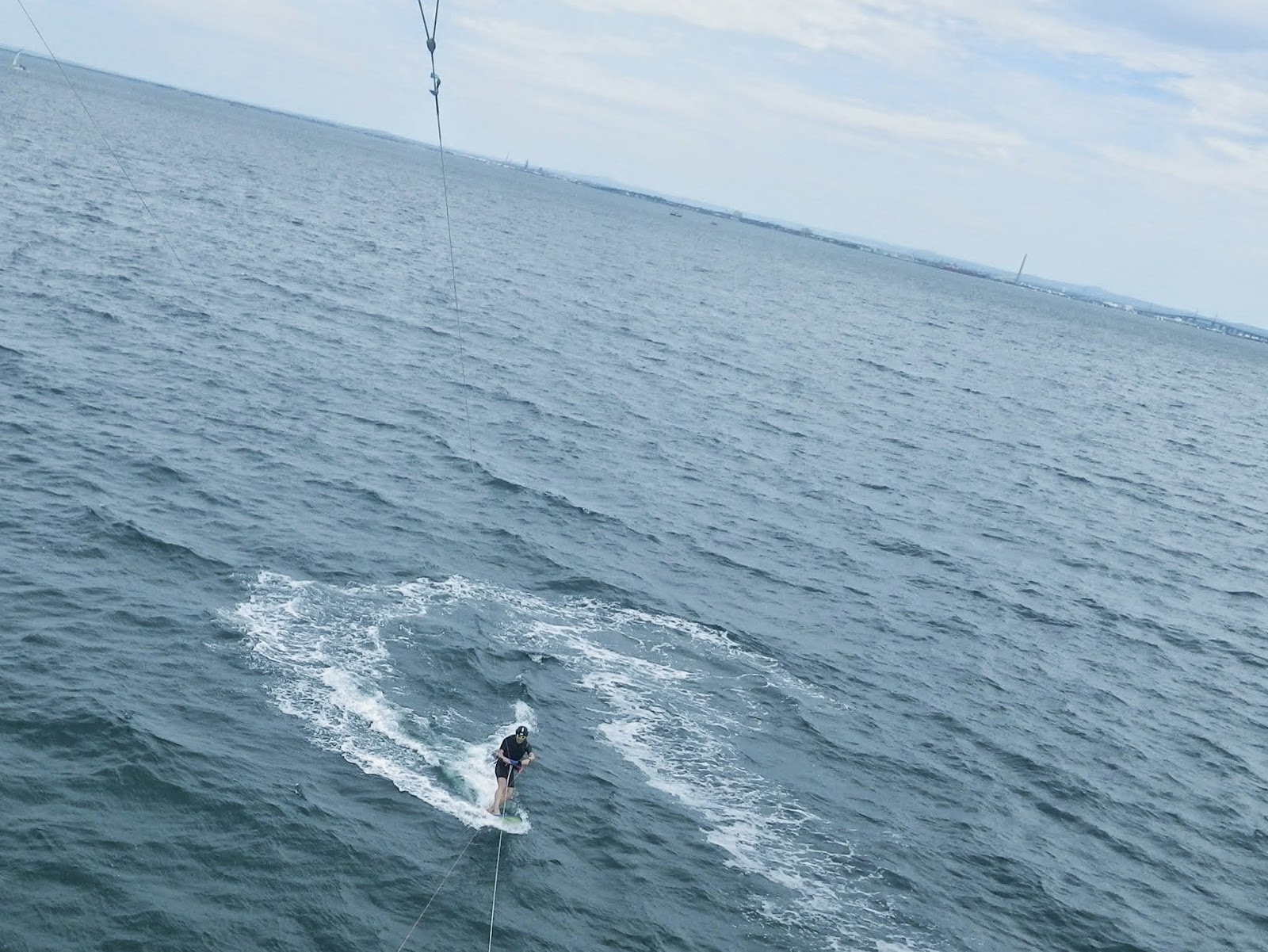 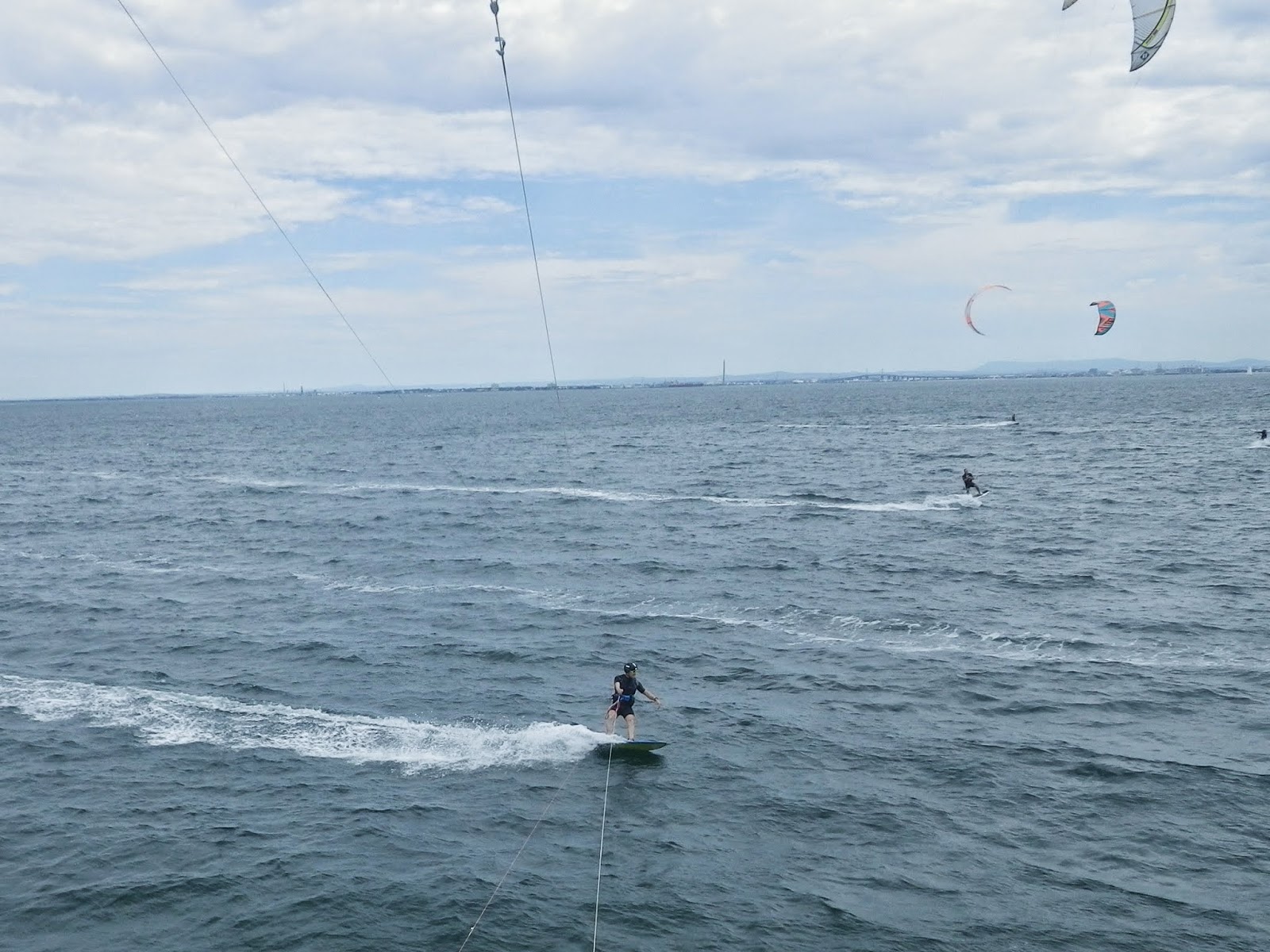 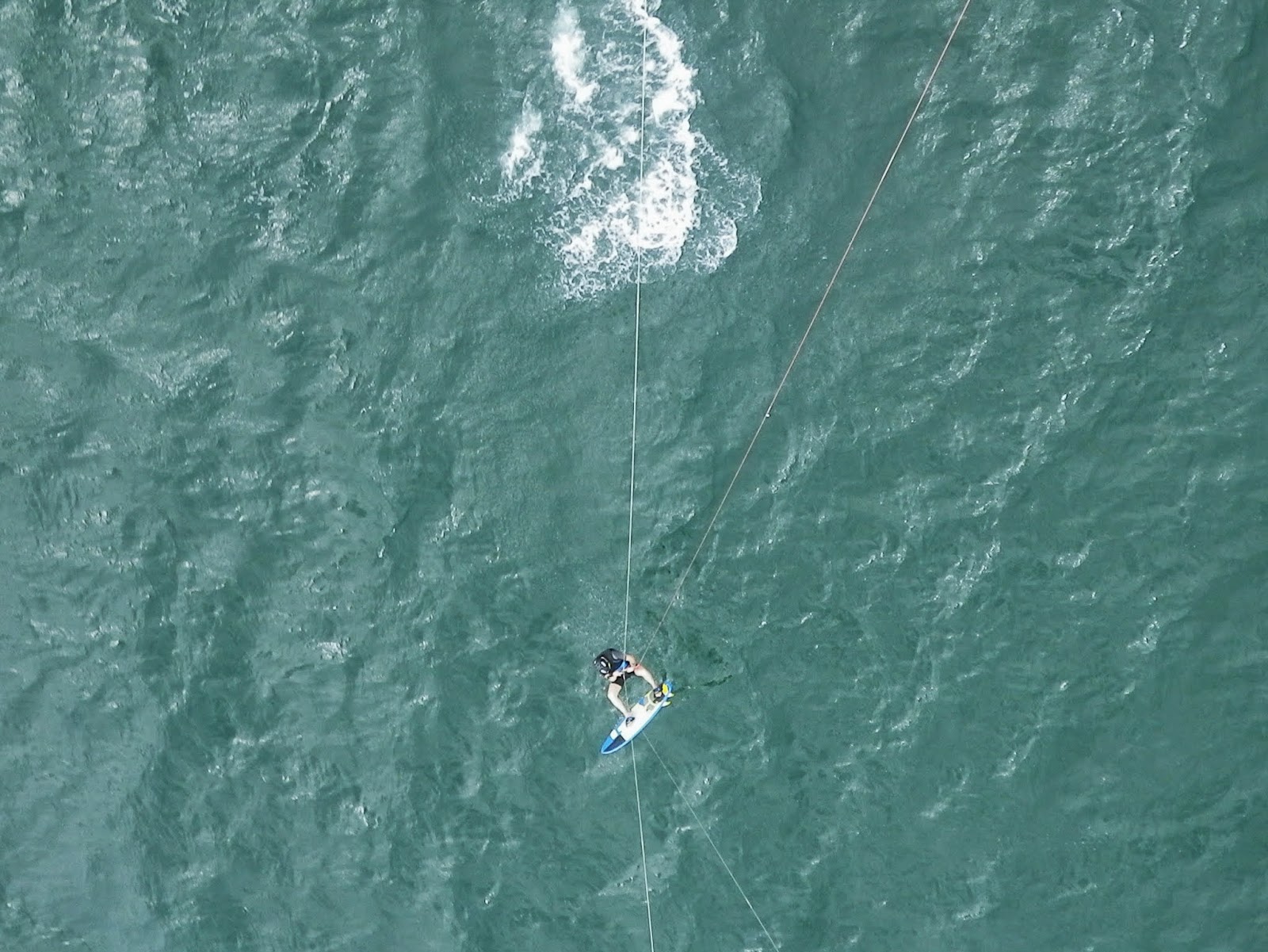 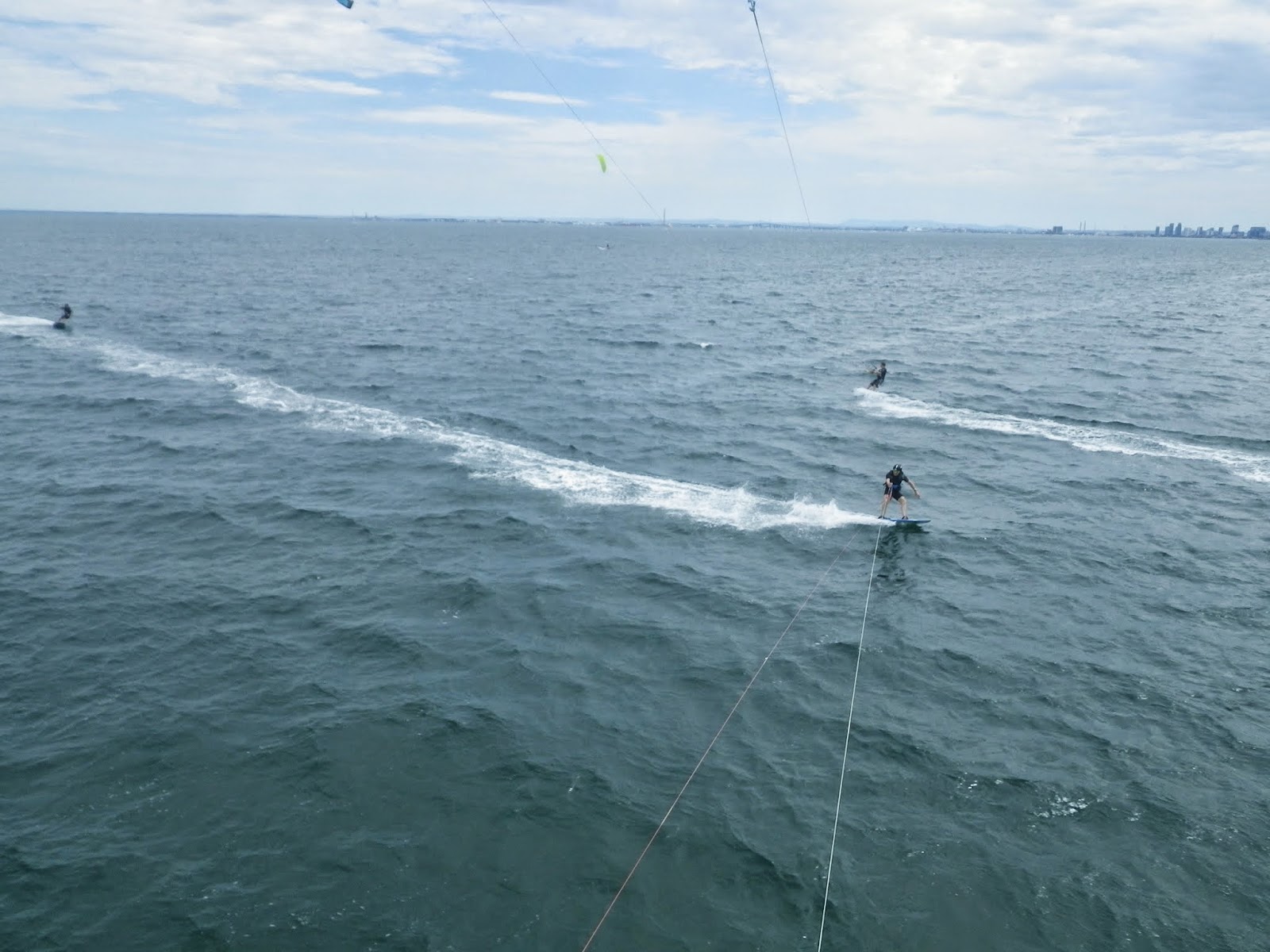 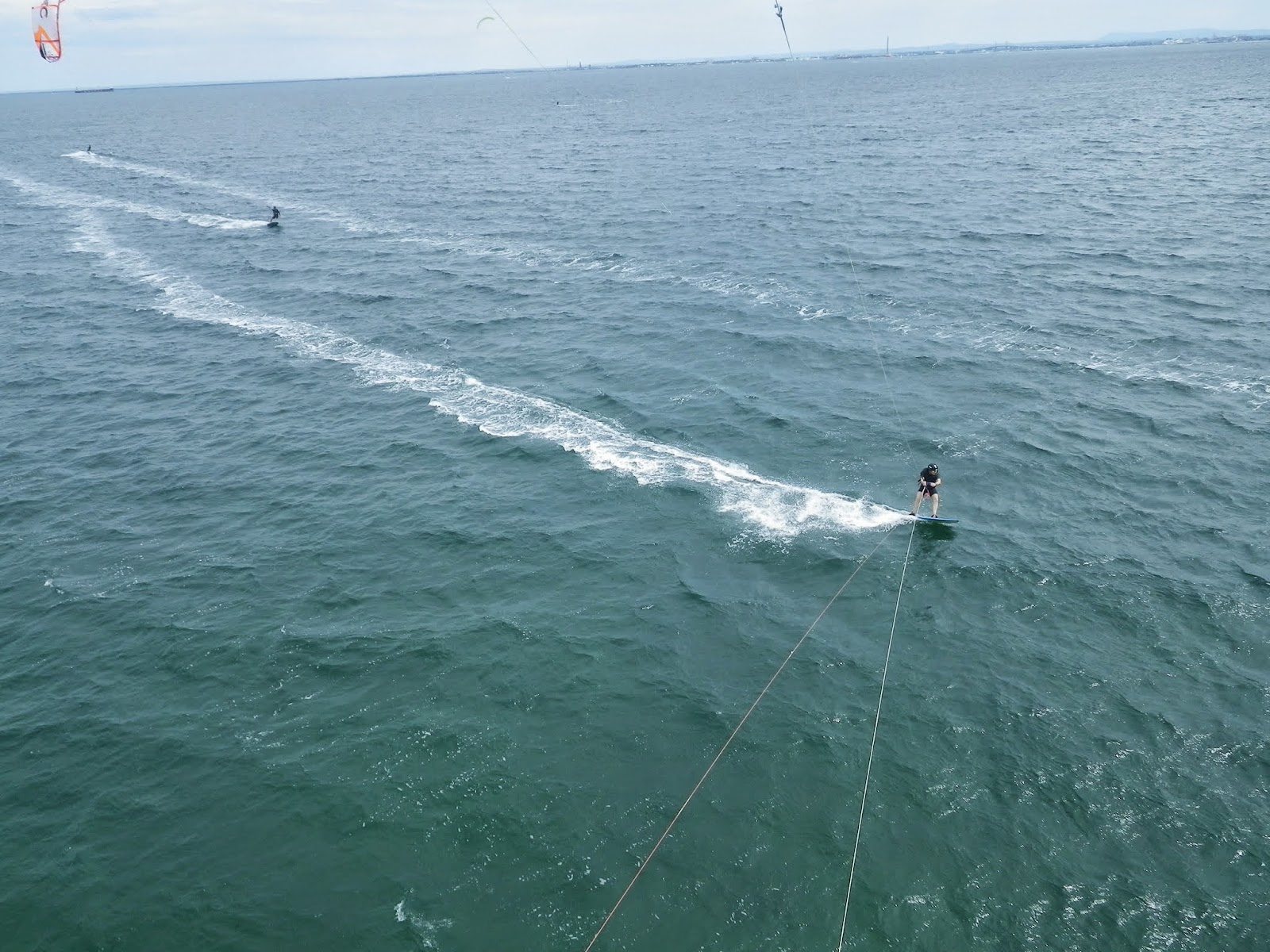 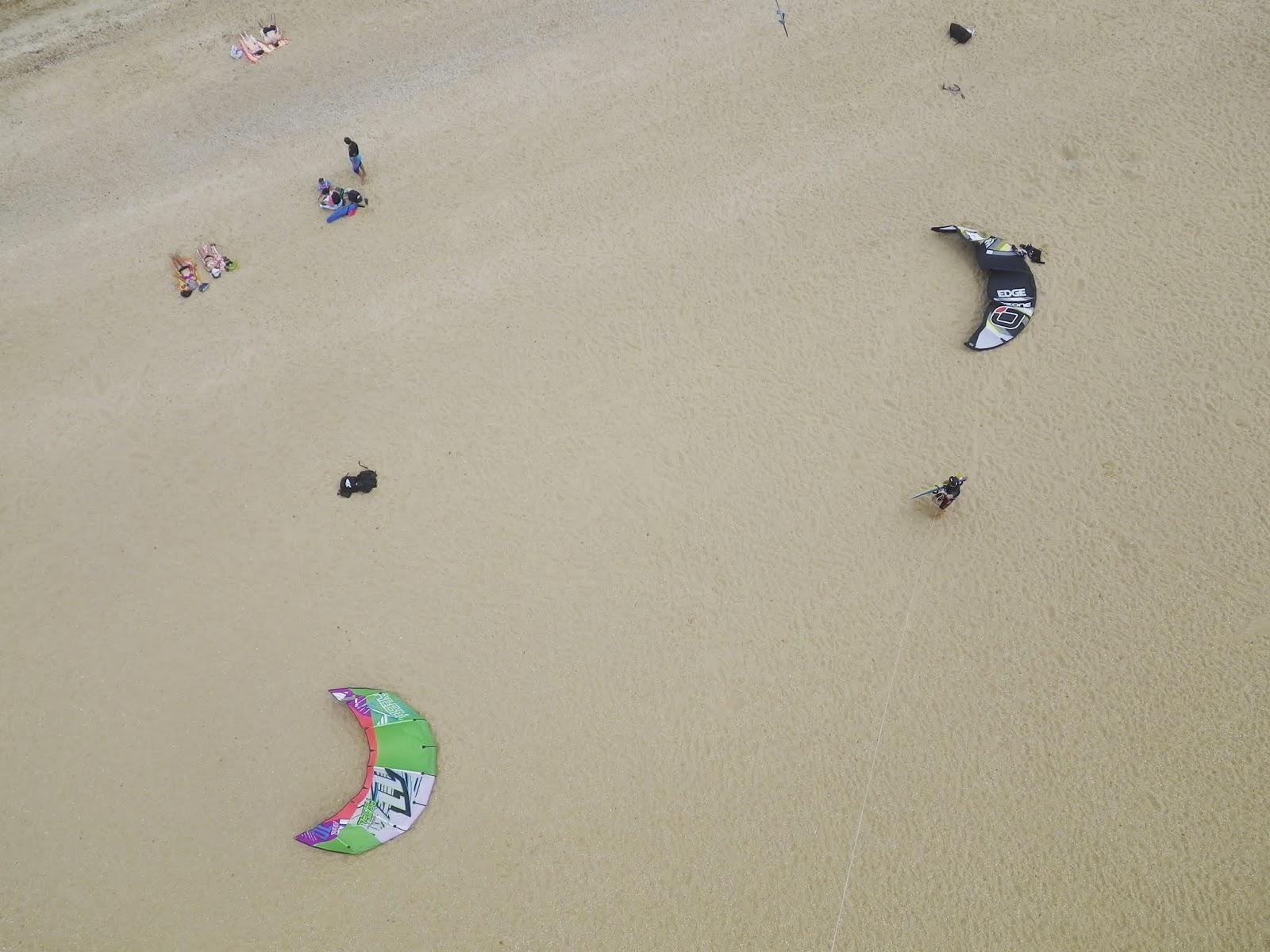 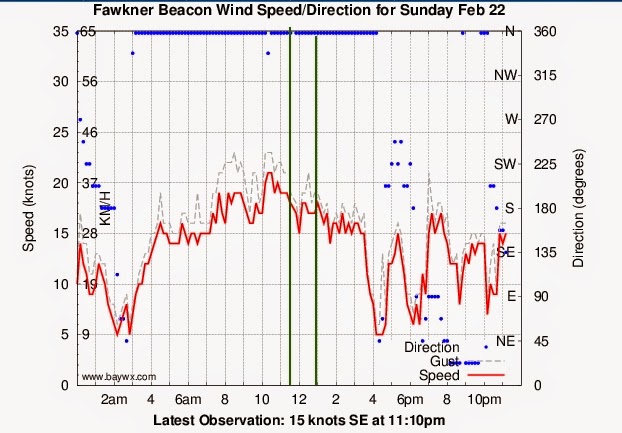